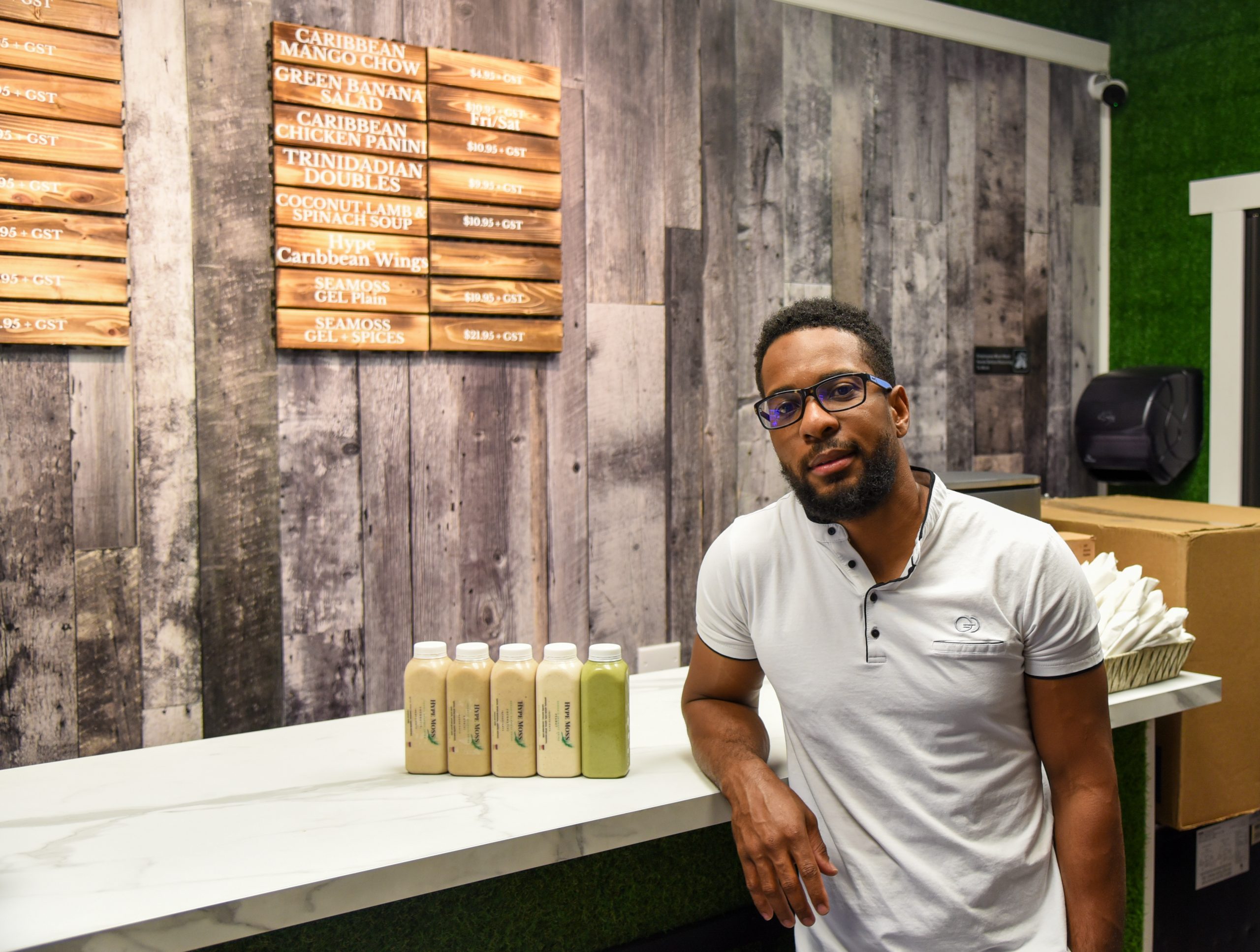 Sherman Thomas is the man behind Hype Moss. (OMAR SHERIF / 10at10)

The Calgary based entrepreneur is the face and mind behind Hype Moss, the city’s newest establishment that specializes in sea moss beverages and gels.

The sea moss trend is doing well in the US and UK markets said Thomas. He hopes that soon enough it’ll pick up steam in Canada as well.

“In Toronto and Vancouver, you know, more of the vibrant cities, it’s pretty common,” said Thomas.

In Calgary, people are still getting to know what it is.

Sea moss is the latest trend in superfoods. It’s an ingredient that provides 90 per cent of the nutrients the human body needs to maintain good health. Amongst many other benefits, the ingredient has powerful immune-boosting qualities.

The ingredient is an alga that has been scientifically proven to promote healthy weight loss, help build lean muscle, rev up energy and metabolism as well as super-charge your immune system.

A single serving of sea moss provides most of the vitamins and nutrients your body needs in a day to be its healthiest.

“It speaks for itself,” said Thomas. “I don’t have to sell you lies.”

He added that most people who regularly use the ingredient will notice significant health benefits after two weeks of regular consumption.

While the trend is new to Canada and the North American market, it’s something Thomas has been aware of for a long time.

Growing up on the Caribbean Island of Saint Lucia, sea moss is a part of his culture and heritage.

“I’ve been drinking sea moss since the time I’ve known myself,” said Thomas. “I’ve always been fascinated with its taste and benefits.”

That fascination has led him to develop his own recipes and blends for sea moss drinks and sea moss infused dishes at Hype Moss.

There is a variety of drink flavours including peanut, milk, oat and coconut, as well as a range of foods such as Caribbean Mango Chow and Trinidadian Doubles.

The food and drink at Hype Moss have clear Caribbean influences.

But it’s not the only thing.

The whole store has an island vibe about it. It’s an easy-going, feel-good atmosphere that Thomas wants to turn into a go-to spot for weekend drinks, music and a good time.

While they are currently operating as a take-out joint, Hype Moss will soon establish a dine-in presence, as well as a patio.

Until then, visit the store at 2316 27 Ave NE and indulge in a healthy dose of sea moss today.