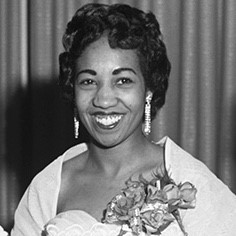 Violet King was the first Black female to obtain a law degree in Alberta, the first Black person admitted to the Alberta bar, and the first Black woman to become a lawyer in all of Canada. This Calgarian made history and many people have probably never heard her name. Although she immigrated here in 1911 from Oklahoma to avoid racism, she grew up in Calgary. Therefore, the history she made is significant to our province.

“People told me it wasn’t a good idea for a girl to be a lawyer, particularly a coloured girl — so I went ahead,” said Violet King, May 5, 1956.

Stories of people like this are often left behind, because of a system that doesn’t care about them, that’s why she isn’t often mentioned in Alberta history books. King wasn’t scared of adversity, she took that adversity and did something great with it.

Besides law, she spoke out against racism in the city. In November 1995, she said,

“It is too bad that a Japanese, Chinese or coloured girl has to outshine others to secure a position.”

King never presented herself as an activist, rather just someone speaking up about the reality of being Black and a minority in the ’50s.

King later went on to work for the Ottawa Department of Citizenship and Immigration, until seeing a bigger issue in the United States she could help with. First, she went to New Jersey and set up urban social planning programs for the Black community through the YMCA. Then in 1969, she went to Chicago and became the first woman to secure the senior position of Director of Manpower, Planning and Staff development within the organization.

The representation King created is valuable. She was able to enter and do extremely well in a system that wasn’t necessarily set up for her. Perhaps without knowing it, King’s achievements have most likely inspired many women. She signifies grabbing the horse by the reigns and not letting go until you finish the race, regardless of obstacles along the way.

King set a bunch of firsts for the Black community. She paved the way for equality in a male-dominated industry during a controversial period. Although she did most of her work in other places, she is still an influential figure in the history of Alberta. A figure that isn’t recognized enough.

King accomplished many firsts for the province, let’s keep her story known.