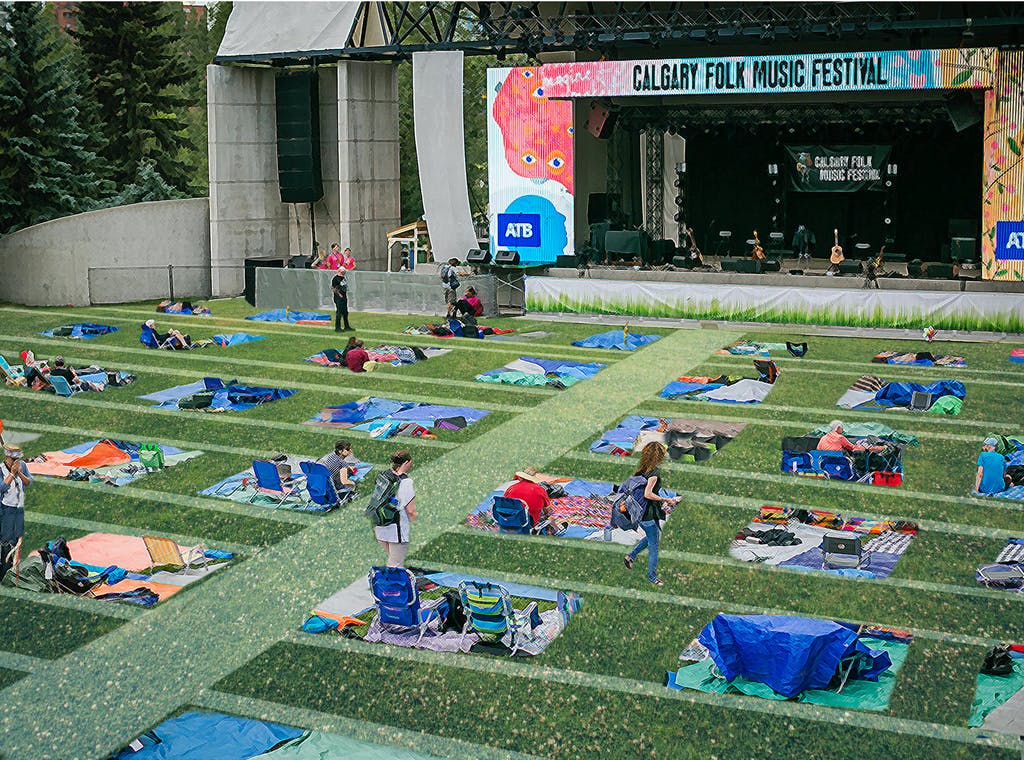 Hip-Hop music in Calgary may still take a backseat to other genres, but it’s come a long way.

This year, three major Canadian artists will be taking the stage, representing the genre and performing during one of the city’s largest and most popular music festivals — the Calgary Folk Fest.

Featuring an acclaimed Juno award nominee, a Juno award winner and veterans of Calgary’s hip-hop scene, there’s no doubt that these acts will attract crowds and show the city that hip-hop in our city is on its way up.

Born to Rwandan parents in Kenya, Shadrach Kabango grew up in London, ON, launching his career when his sister entered him in a radio contest during his undergrad. From the beginning, he used honesty, humour and social consciousness to tackle topics ranging from colonialism to the Rwandan genocide.

As his profile’s grown, so has his ambition.

His 2018 album A Short Story About a War, is an ear candy minefield: racism, injustice and greed laced under layers of catchy tunes. He collaborated with fellow Summer Serenades performer Skratch Bastid on his latest single “Work” – an intentionally discordant reflection on the rat race, where income anxiety trumps fulfillment.

Shad won a Juno award, in 2011 when he beat Drake’s debut to earn an award for Rap Recording in 2011. His albums have been Polaris Prize-shortlisted four times—more than any other artist in the award’s 14-year history.

He hosted Q on CBC Radio for two years and is still currently hosting an Emmy and Peabody-winning series on the evolution of hip hop.

A producer, DJ, and one of the world’s best turntablists, Skratch Bastid started in a bare bedroom in Bedford, Nova Scotia.  He’s been making beats for a long time, but he doesn’t just loop a beat and throw a rap verse on top of it. Bastid creates entirely new compositions by pitch bending and finding the notes he wants in the grooves to create unique instrumental palettes.

An early mainstay of the DJ battle scene, Bastid won the Scribble Jam three times in five years. One of his early winning mixes, a hopped-up take on the Star Wars Imperial March, even became an early viral sensation on YouTube.

Bastid was the first DJ to be nominated for the Juno for producer of the year, and was nominated for best instrumental album for his avant-garde hip hop/classical collaboration with the Afiara Quartet.

He’s collaborated with DJ Jazzy Jeff and produced for several artists including another Summer Serenades performer, Toronto rapper Shad. Bastid continues to soundtrack the best parties around, even mixing straight to your home from a coffee shop on Monday mornings on Twitch. His infamous traveling party Bastid’s BBQ may not hit Calgary this year, but with his eponymous hot sauce liberally applied to whatever you’re munching on your tarp, you’re basically already there.

For almost 20 years, Dragon Fli Empire (DFE) have showcased their unique brand of conscious and melodic hip-hop from their origins in Calgary to the world. They were inspired by the beats and rhymes of artists including A Tribe Called Quest, Common, De La Soul and others, DFE was formed in 2002 by William Aberhart High School alums Adam Hicks (DJ Cosm) and Tarik Robinson (Teekay).

They started turning heads with their anthem for the contemplative bus rider, “Mount Pleasant” which received significant traction on indie radio throughout Canada and CBC in the early 2000s. Dragon Fli Empire has since released multiple albums, EPs, singles and vinyl via their own imprint Makebelieve Records and also via labels from countries as far off as Japan, Finland and France.

Their latest opus “Banff Avenue” was released last year to rave reviews, and a new album to celebrate their 20th anniversary will be released in 2022.