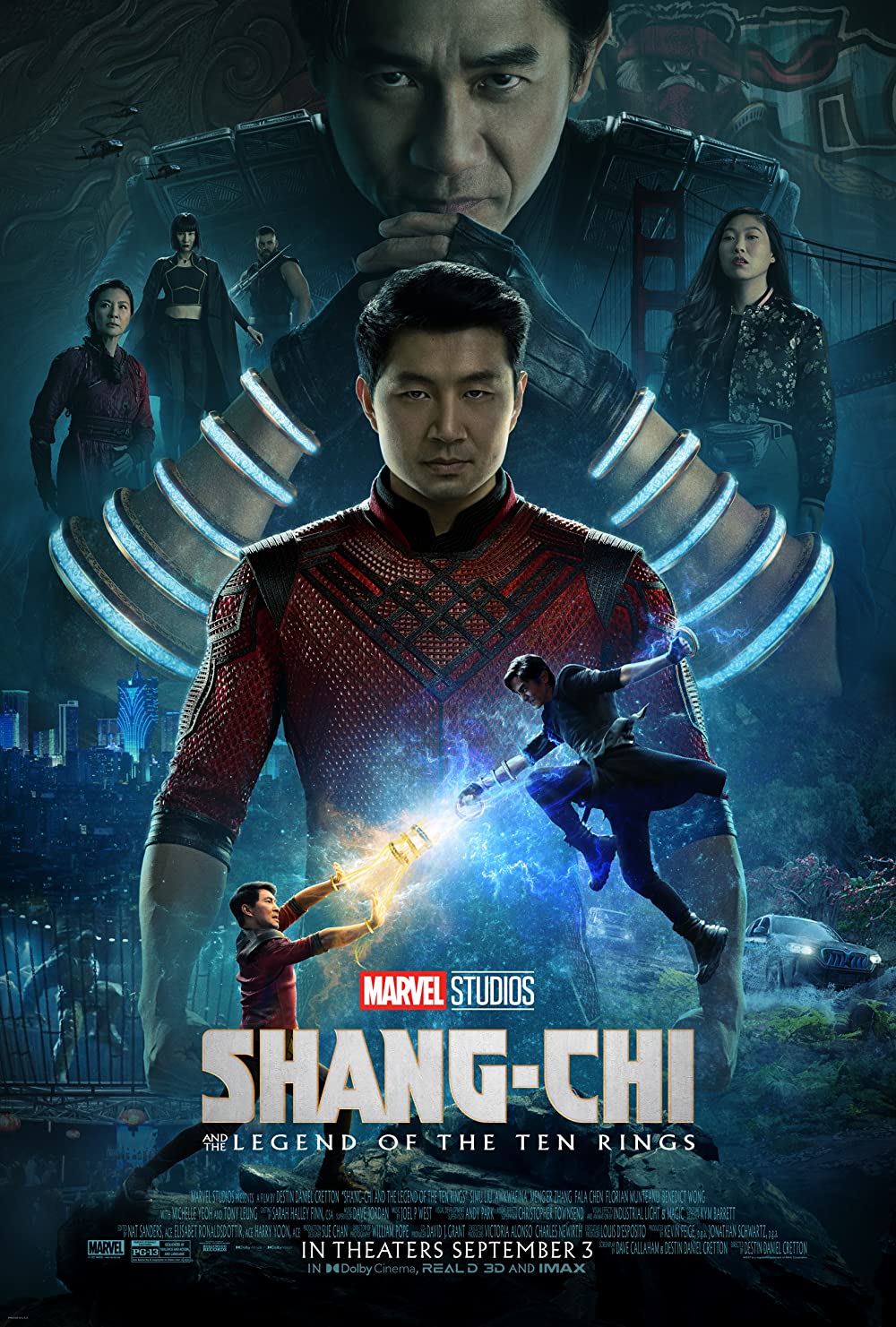 Shang-Chi and The Legend of the Ten Rings

Fall Back Into Marvel Mania with Shang-Chi

With the movie industry coming to a screeching halt during the Covid-19 pandemic, many theatrical releases such as No Time To Die, The King’s Man and F9 suffered from delayed releases. Ultimately, this caused them to lose some of their projected revenue. Shang-Chi is changing that narrative by sweeping up at the Box Office.

There is light at the end of the tunnel for the film industry, with theaters across Canada re-opening to welcome movie lovers. Many film and production companies are making their long-awaited, triumphant debut on the big screen.

This includes the ever-popular Marvel Studios, who have delivered Marvel fans their 25th feature film, Shang-Chi and The Legend of The Ten Rings. We couldn’t help but grab our ticket and popcorn to check out the first Marvel movie with an almost entire Asian American cast! In today’s article, we will dive into this action-packed martial arts-filled flick. We talk about coverage of new cultural ground and the Marvel Cinematic Universe’s (MCU) familiar formula to bring universal audiences together.

As expected with a Marvel film, Shang-Chi delivers a fresh, intimate, thrill-inducing journey throughout the film. What’s that not-so-secret Marvel recipe though? Creating a bond between the main characters so deep that the audience can feel everything the characters say and do. The chemistry between cast members Simu Liu playing “Shaun” and Awkwafina playing “Katy” shines as the foundation for the film. The depth of their friendship is tested with villains, street fights, and wild adventures along the way.

Shaun and Katy use humor and quick wit to tackle full-fledged terrorist organizations, underground fight clubs and many mythical beasts. That’s what makes Shang-Chi PG-13 with something for the whole family…as long as that family is able to handle some mythical violence. The film carries a captivating tale that leads viewers into a whole new section of the Marvel universe, exploring the world of characters you already know from the comics.

The story line did occasionally suffer from a few slow paced, somewhat cheesy moments. Still, each character continued to exude larger than life personality to deliver through the odd dull moment. From Meng’er Zhang playing “Xialing” and Ben Kingsley as “Trevor Slattery” to Shang-C hi’s father “Xu Wenwu” performed by Tony Chiu-Waii Lang as the primary antagonist; this A-list cast brought the heat.

The emotional highs and dramatic lows centered around a broken family. This brought to the table conversations of grief, perseverance and acceptance. The plot revolving around healing intense family issues, revisits the modern family values Marvel has bestowed upon audiences since 2008.

The Future Of The MCU

The MCU heads down a new cultural path to showcase and share with Marvel Fans. Shang-Chi dives into Chinese culture with incredibly detailed set pieces, the values shared in Asian households, and intriguing Asian ancestry with characters speaking Mandarin throughout.

As Marvel does best, the film set the cards up for future endeavors with the martial arts hero. Having various Easter eggs, cameos and exploits appear in the film. Including its classic post-credits two scene agenda which you will have to stay after the credits roll to see.

Shang-Chi continues the successful traits Marvel has developed with the typical comedy and emotional scenes fans have grown to adore. Bringing together their signature musical scores and high levels of visual effects.

With the ball rolling on the MCU’s next phase of movies, fans everywhere rejoice at its revival. Especially amongst the pandemic witnessing the hard work they’ve put in. As Avengers: Endgame seemed to be the cultivation of ten years of relentless dedication, all eyes are on Marvel to determine where exactly the future will take us.

Check out Shang-Chi and The Legend Of The Ten Rings out now at all Canadian and U.S. movie theaters.

Enjoyed this review? Check out https://10at10.ca/ to find more reviews on all things music and culture!