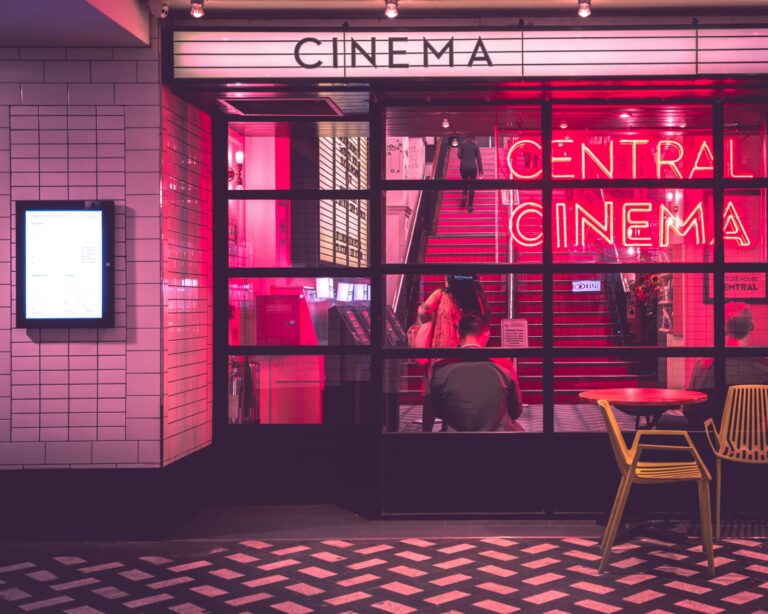 2019 saw an uprising in black films, with momentum generating from box-office successes like Get out (2017) and Black Panther (2018). As a result, the end of the decade has witnessed more black actors, directors, writers, and producers than ever before. All of whom are taking on roles that defy stereotypes. From the generous collection of black films created in 2019, we compiled a list of the top 10 must-see black films of the year.

Of all the stories that need to be told, the life of Harriet Tubman may be one of the most important in American history. Director Kari Lemmons’ rendition of Harriet introduces the freedom fighter in a way that has never before been viewed on screen. Played by Cynthia Erivo, Harriet tells her story as a leader of the Underground Railroad – a dangerous pursuit that freed hundreds of slaves in America.

The story unfolds chronologically and sensitively. Using powerful language and imagery to resonate with audiences. On top of this, the film recognized the creative genius of yet another Black female director in Hollywood.

Based on a true story, Jamie Foxx plays the wrongfully convicted Walter McMillian, a man sentenced to death for a crime he didn’t commit. After spending six years on death row, McMillian is defended by the determined and world-renowned civil rights lawyer Bryan Stevenson (Michael B. Jordan). Stevenson, with the help of Eva Ansley, played by Academy Award Winner Brie Larson, risks everything to free McMillian.

Michael B. Jordan and Jamie Foxx are completely unparalleled in their roles, delivering Oscar-worthy performances. 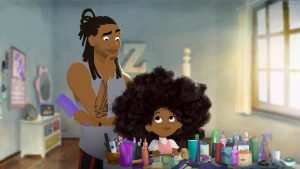 Hair love is an animated short based on the children’s book of the same name. The story follows the journey of an African American father who cares for his daughter and her unruly afro. Filled with layers of representation, this film speaks to young, black girls everywhere. Moreover, it pays homage to the relationship between black women and their hair and the presence of black fathers in the household. In association with Sony Pictures, Issa Rae, and writer Matthew A. Cherry, Hair Love is an emotional and worthy animated short.

A story unlike anything else created this year, Queen And Slim is pure exposure. Melina Matsoukas directs a visual indulgence of circumstantial love and perseverance. Queen (Jodie Turner-Smith) and Slim (Daniel Kaluuya) go from ordinary black folk trying to find love to outlaws on their first date. Forced to flee from the law after accidentally killing a cop during an act of self-defence, the duo evolves through pain, grief, trauma, and the conditions of life in America.

After the historic success of Get Out, Jordan Peele released the highly anticipated Us in 2019. The film follows a frightening narrative that raises debate around identity politics, socio-political climates in America, and internalized-racism complexes. Paired with a collection of stunning visuals and boundary-pushing characters, the film received a collection of mixed reviews. Regardless, the film was a success and contributed to Peele’s genre-defining work. As a result, making him one of the most highly anticipated directors of the decade. His name alone is being shaped into a genre describing adjective. We look forward to the works he has on the horizon.

5. The Boy Who Harnessed the Wind

The resilience and creativity of children shine bright in The Boy Who Harnessed The Wind (Chiwetel Ejiofor, 2019). The story follows the trials and eventual triumph of thirteen-year-old, William Kamkwaba (Maxwell Simba) of 1990s Malawi as he forges a solution for his villages drought and famine. At the same time, the film also documents the powerful and influential relationship that exists between a father and his son. This inspirational true story was adapted for screen after a novel of the same name was released in 2009 by Bruan Mealer and Wiliam Kamkwaba himself. Both the novel and the film have received stellar reviews, taking in near-perfect ratings. This film is educational, inspirational, and a breakthrough debut for the young actor, Maxwell Simba.

The Last Black Man in San Francisco follows the heartfelt journey of Jimmie Fails (Jimmie Fails) in the ever-changing city of San Francisco.  In an oddly romantic and nostalgic relationship with a beautiful Victorian house built by his grandfather, Fails character writes his ode to the communities that built him. The Last Black Man in San Francisco is Joe Talbot’s directorial debut, bringing in nearly 5 million in box office sales. Respectfully, the Guardian, The NYTimes, and the Wall Street Journal have all left praise for the films’ story and cinematography.

Set in 1970’s North Carolina, Ann Atwater (Taraji P. Henson) faces off against the Ku Klux Klan, forming an unprecedented bond with Klan leader, C.P. Ellis (Sam Rockwell). Bissell’s film unfolds in line with the integration of Black students into a White’s only school after a collection of mishaps. Consequently, an uproar arises in the White community as racist aggressions are challenged by the Black community and their allies. Filled with a collection of conflicting beliefs, audiences find themselves empathizing with both sides of the revolution. The film demonstrates the resilience of black mothers and the power that love and courage have in reforming racism.

Taraji P. Henson contributed generously to excellent Black, on-screen performances throughout the decade. She stepped into the shoes of some of the most important women in history, bringing face and presence to black narratives. Some of her notable contributions include her roles as Samantha Thurman in Hidden Figures (Theordore Melfi, 2016), and Cookie Lyon in the highly-rated TV series Empire (Lee Daniels & Danny Strong, 2015 – current).

An epic narrative of a Black American Family written and directed by Trey Edward Shults, Waves is a coming of age story that packs a punch. The film is emotional, bare, and confrontational. After experiencing a shocking tragedy, a family rebuilds itself from the broken pieces to become a new entity altogether.

Even more, beautiful beyond measure, the visuals of this film dance with the soundtrack. Which features Frank Ocean, Kayne West, Chance the Rapper, SZA, Kendrick Lamar, Tyler the Creator, and H.E.R. 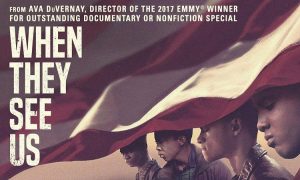 Arguably, one of the most authentic reproductions of injustice in America, When They See Us tells the true story of the Central Park Five. A group of falsely accused young teenage boys who all spent from five to fifteen years in jail, some of whom endured unimaginable conditions. The Four-part series, directed by Ava DuVernay, took over screens around the world, becoming one of Netflix’s most-viewed series of 2019 in less than two weeks of the show’s release.

In an interview series with Oprah Winfrey, the falsely accused Kevin Richardson, Antron McCray, Yusef Salaam, and Raymond Santana Jr., and Korey Wise shared that When They See Us was the first time hearing one another’s true stories.  Additionally, it was the first time the world heard the truth.

In conclusion, the series was emotional, heart-wrenching, angry and raw. Winning two Emmys and taking sixteen nominations. Arguably, every role’s heartbeat contributed to the life of the series – a must-watch for the decade.

The result of changing perceptions of blackness has opened up a great number of possibilities for black creatives. As the decade comes to a close, the roles available for black actors are rich with identities beyond thugs, slaves, or athletes. Feasibly, this is the result of real-world change. In other words, Black communities are making waves. At the same time, Black voices are speaking and actually being heard. Meaning, right now, more than ever, is the perfect time to be a diverse creator.