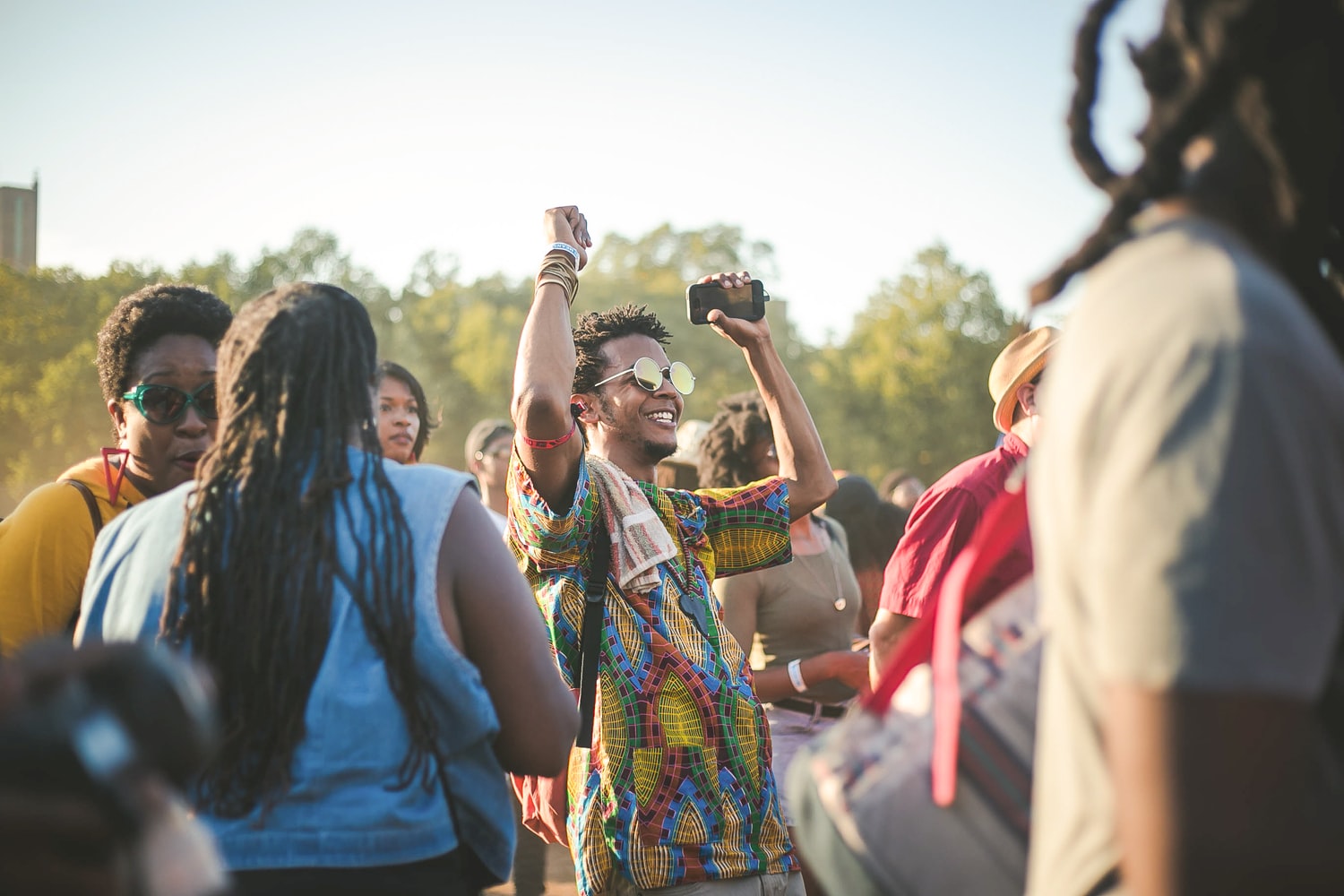 Music festivals we missed because of COVID

As the new year kicks-off, some of us have already started to dream of summer nights, parties, concerts that we will attend in the upcoming months. If you’re like us, you probably have a dedicated list of favourite music festival in Canada and beyond. We originally put this list together to celebrate the new decade of 2020 – which took an unexpected turn into a global pandemic. But we’re hopeful that the music industry will bounce back, and when it does, these are the festivals we hope to see you at!

Shambhala Music Festival is an annual electronic music festival held at the Salmo River Ranch in the first week of August. The event sets up camp in West Kootenay mountains near Nelson, British Columbia, Canada. The festival runs all weekend with 6 different stages with all different themes. Some notable performances for Shambala include AlunaGeorge and REZZ.

Metro Metro is a hip-hop festival held in Montreal, Quebec, Canada. The urban event takes place at the Olympic Park every year in May. In 2019, the festival headlined with Future, Cardi B, Snoop Dogg, Juice WRLD, A$AP Ferg and Tyga.

Veld music festival is an annual hip-hop and electronic music festival held in Toronto, Ontario at Downsview Park. The festival has been happening every year since 2012 in the first week of August and has featured performers like Cardi B, Skrillex, Tiesto, Lil Baby, Martin Garrix and Steve Aoki.

Ovo Fest is a festival ran by Drake in partnership with Live Nation. His vision was inspired by his label in Toronto, Ontario, and the event hosts talent every summer in Canada’s largest metropolitan city. Drake brings in top acts from the hip-hop culture like passed performers Rihanna, Eminem, Jay-Z, Kanye West, Lauryn Hill, J. Cole and Stevie Wonder.

Chasing Summer is an annual electronic dance music festival held in Calgary, Alberta at the Max Bell Center at the beginning of August. Every year they bring in big names around the genre including Martin Garrix, DJ Snake, The Chainsmokers, Steve Aoki, and more. The event hosts multiple stages, stellar merch, and some pretty exciting costumes are worn by attendees.

The Osheaga Music and Arts Festival is an indie music festival held in Montreal, Quebec at Parc Jean-Drapeau on Île Sainte-Hélène. The festival runs for multiple days at the beginning of August and brings in top performers like Young Thug, Childish Gambino, Logic, The Lumineers, Tame Impala and many more. Live music, warm weather, and old French charm – a great way to spend a weekend.

Another notable festival in French Canada, the FEQ is an annual 11-day music festival held in downtown Quebec City. The event falls in line with Canada day, running in the first week of July. Unique for it’s set up, stages are set up across many different venues, including indoor and outdoor hot spots. Brilliantly, the main stage has a capacity of 90,000 – making it the largest venue in North America. They bring in top acts from the music industry every year including some of musics most defining contributors, like The Rolling Stones, Imagine Dragons, Foo Fighters, Elton John, Bon Jovi, The Weeknd, Metallica and many more.

Ottawa Bluesfest is a multi-genre, annual summer music festival held in downtown Ottawa, Ontario. Set in Canada’s capital city, festival-goers are sure to get a true glimpse of a massive party where spirits are high and kindness is plenty. Every year the city welcomes notable movie stars, royalty, athletes, and musicians. In recent years, Bluesfest’s stages have hosted top performers Backstreet Boys, Snoop Dogg, Wu-Tang Clan, The Killers, Eric Church, and many more.

Located on Canada’s west coast is BREAKOUT Festival, an annual two-day hip-hop festival. The summer event is held at Vancouver’s PNE Amphitheatre. If you’re interested in interacting with some of the most chill people in Canada, visit the creative city that boasts culture, arts, and food. Also one of the most diverse cities in Canada, BREAKOUT brings in top hip-hop acts such as Wu-Tang Clan, Run The Jewels, Public Enemy, DaBaby, ScHoolboy Q and many more.

North by Northeast (Nxne) is an annual music and arts festival held in Toronto, Ontario every July. Filled with events for everyone, and we truly mean that. The music and arts festival screens films and hosts stand-up comedy. On top of that, there are even video games and media events within the festival. Nxne stages have been walked upon by some pretty noteworthy and breakthrough acts as well, including, Billy Talent, The Flaming Lips, Ludacris, Vince Staples, Danny Brown, Lizzo, Ghostface Killah and many more, naturally.

TOP MUSIC FESTIVALS IN THE WORLD

Summerfest is an annual music festival held in downtown Milwaukee, Wisconsin that attracts over 800,000 people every year. The festival runs over 11 days at the end of June and the start of July which includes 12 stages and 1000 performances. Food, street performances, events, rides, a full week’s worth of indulgences, and the festival brings in a larger variety of genres for fans of all music.

Just under two decades old, Bonnaroo is an annual 4-day music and arts festival held at the Great Stage Park in Manchester, Tennessee. It opened in June of 2002, debuting in a farmer’s field. While the location might seem questionable, the massive festival needed some space to annually host one of Tennessee’s largest parties in the past two decades. In 2020, the headliners are expected to be Grand Ole Opry, Tool, Lizzo, Tame Impala and many more.

Sziget Festival is one of the biggest music events in Europe which brings over 500,000 people every year to Budapest, Hungary. Famous for delicious food, bright lights, and a being on an island surrounded by greenery, this festival feels like an escape from the real world. This multi-genre festival lasts for seven days during the warm month of August. Some notable acts to hit the Sziget stages this year include Ed Sheeran, Twenty One Pilots, Foo Fighters, and Post Malone.

Rolling Loud is a 3-day hip-hop festival that started in Miami, Florida – one of the largest hip-hop districts in America. However, the success of the festival has led to an expansion, launching festivals all over America. In recent news, the hip-hop festival will be launching in globally in Japan, China, and Europe. The festival features the hottest hip-hop names in the genre such as Kendrick Lamar, J. Cole, Future, Lil Wayne, Travis Scott, Young Thug and many more. In fact, the event hosts so many hip-hop staples every year, so rather than touring, each festival line-up is different.

Lollapalooza is an annual 4-day music festival featuring a wide variety of genres based in Chicago, Illinois at Grant Park. The monumental festival reached beyond the US in the 2010s, spreading to Berlin, Paris, and Stockholm. Lollapalooza features global stars, including Ariana Grande, Childish Gambino, Twenty One Pilots and The Strokes headlined – all of which were a part of 2019’s lineup.

Tomorrowland is an annual electronic dance music festival that takes place on two back to back weekends held in Boom, Belgium. The festival brings in over 400,000 people every single year making it one of the biggest festivals in the world. What else would you expect from the world’s capital? They invite the biggest names in the genre, such as The Chainsmokers, Armin van Buuren, Carl Cox, Martin Garrix, Dimitri Vegas & Like Mike, DJ Snake, David Guetta, and Tiësto.

Ultra Music Festival is an annual electronic dance music festival that’s held in Miami, Florida. Founded in 1997 the festival has moved around locations over the years but now resides at Virginia Key. Ultra Worldwide brings EDM festivals to South Africa, South Korea, Singapore, Mexico, Brazil and others. The festival brings in almost 200,000 people in attendance every year.

Located in one of the most passionate countries in Europe, this party capital knows how to throw a world-renowned celebration. Primavera Sound is a multi-genre festival held in Barcelona and Porto between the end of May and the beginning of June. Wide-open skies, beaches nearby, the festival is the perfect excuse for a weekend off. Recent performers include Miley Cyrus, Nas, Tame Impala, and Carly Rae Jepsen. The festival brings in over 200,000 people in attendance every single year.

Coachella is an annual music and arts festival held in Indio, California at the Empire Polo Club and in Colorado in the Coachella Valley. The event spans over two weekends every April. Beyond music, Coachella is also known for being a staple in fashion industries with sought after festival ‘looks’ taking over social feeds for weeks. The star-studded event features music genres such as rock, electronic dance music, pop, indie, and hip-hop along with art and sculptures. Chances are you’ll even bump shoulders with some of your favourite celebrities who attend the massive event every year. Big-name headliners are almost a give in with this festival, which will welcome Rage Against The Machine, Travis Scott and Frank Ocean as headliners April 2020.

Hot 97 Summer Jam is an annual hip-hop music festival held in East Rutherford, New Jersey sponsored by New-Yorks Hot 97 radio station. Without fail, the sought-after Summer Jam completely sells out. Undeniably one of the music events of the year, the defining festival brings in the hottest rappers and R&B acts of every year. In 2019, the headliners were Cardi B, Meek Mill, Migos, and Tory Lanez.