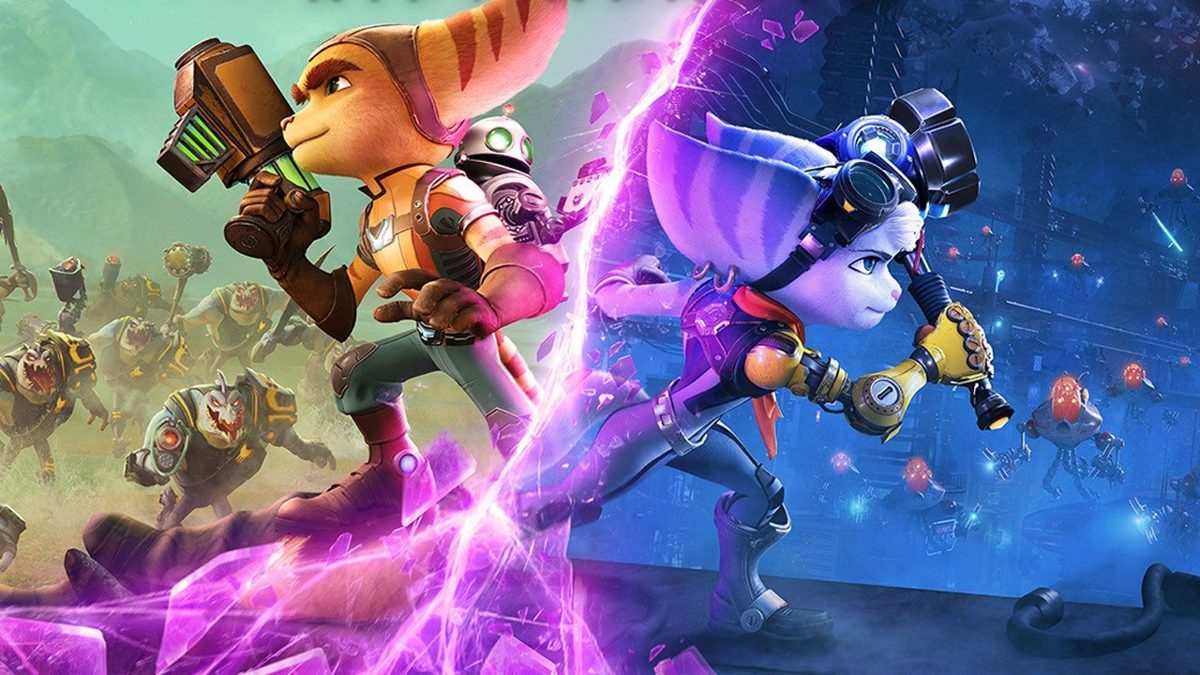 With the numerous setbacks and obstacles that 2021 offered, the gaming industry was affected by the coronavirus pandemic to not as severe a degree as people think. With many large companies opting to have employees work from home with their software to continue development on many titles.

Today we at 10at10 take a look at the hard work cultivated into the best video games of 2021. With several titles on this list being up for the award of Game Of The Year and each depicting captivating stories and exciting gameplay that is guaranteed to have your eyes glued to your television screen.

Starting off first with the team over at Insomniac Games, known for Marvel’s Spider-Man (2018) and Spyro (1998-2000) came their exclusive sequel to their also established series Ratchet & Clank. Ratchet & Clank: Rift Apart is the 16th instalment in the franchise serving as a follow-up too their 2016 reboot of the original Ratchet & Clank game.

With the game utilizing every aspect of the PS5’s technological advancements, Rift Apart feels like a fresh take on characters new and old. Having eye-catching level designs, colourful visuals and an intriguing storyline is just the tip of the iceberg.

Rift Apart is currently a Playstation 5 exclusive, so unfortunately you need a PS5 to experience the game itself. But once you secure the next-gen console, make sure to add Ratchet & Clank: Rift Apart to your arsenal for an exciting, wacky, battle filled adventure.

Deathloop is a first-person shooter game developed by Arkane Studios, the same team behind the action-adventure game series Dishonored. Game Director Dinga Bakaba described the game as an “inverted cluedo“. A murder puzzle that the player needs to figure out how to solve in one perfect run.

In Deathloop, you take the role of Colt. An assassin stuck in a time loop who has been asked to take out eight targets across an island before midnight. What ensues is a combination of stealth, parkour, action and espionage. Detailing crazy takedowns and creative aspects through out.

Deathloop is actually a timed exclusive. The first year of release occurs on the PS5 and PC and after the annual anniversary it would be released on Xbox platforms. If you haven’t already, I would highly recommend you check out the insanity that transpires in Deathloop.

For my Xbox and PC gamers the treat this year was the underestimated Forza Horizon 5. Developed by Playground Games the game is the 13th instalment in the Forza series. Set in a fictional representation of Mexico and filled with lush set pieces and spectacular graphics.

Whilst expanding on the already close to flawless formula, Forza Horizon 5 explores and revisits the best parts of the previous entries. Exploring new and fun customizable options for your immense amount of cars. While also delivering ground breaking gameplay as well, thanks to the new hardware in the Xbox Series X.

Further developing the in-depth racing mechanics they’ve culminated in the past decade has resulted in one of the highest rated driving games ever. If you happen to own an Xbox or PC make sure to check out this exclusive release.

Nintendo lovers this year were grateful to be given many signature series exclusives for the Switch platform. Including New Pokémon Snap and Mario Party Superstars. However we decided to shine the spotlight upon Metroid Dread, an action-adventure game by MercurySteam and Nintendo EPD.

Metroid is no newcomer to the Nintendo franchise. As the game series has been in the hearts of many fans since 1986. The latest instalment follows the main character Samus Aran as she investigates the source of a mysterious transmission on another planet.

Lastly but not least, we have the talented team over at Capcom that delivered one of the most anticipated games of 2021 with Resident Evil:Village (RE:8). Being a direct sequel to their hit game, Resident Evil:Biohazard and continuing the twisted and horrific tale of the life of Ethan Winters.

Players control Ethan searching for his daughter who, in a string of events, goes missing in a remote European village. What occurs is a frightening, unsightly experience that will have the hairs on your neck standing, then leave. Debuting grotesque monsters, mutant enemies and tyrannical villains.

Each moment is definitively scarier than the last, making your play-through an event you can barely prepare for. Serving spectacular visuals along with an emotional story make this an ultimate choice for game of the year. Check out Resident Evil: Village available on all major gaming platforms now.