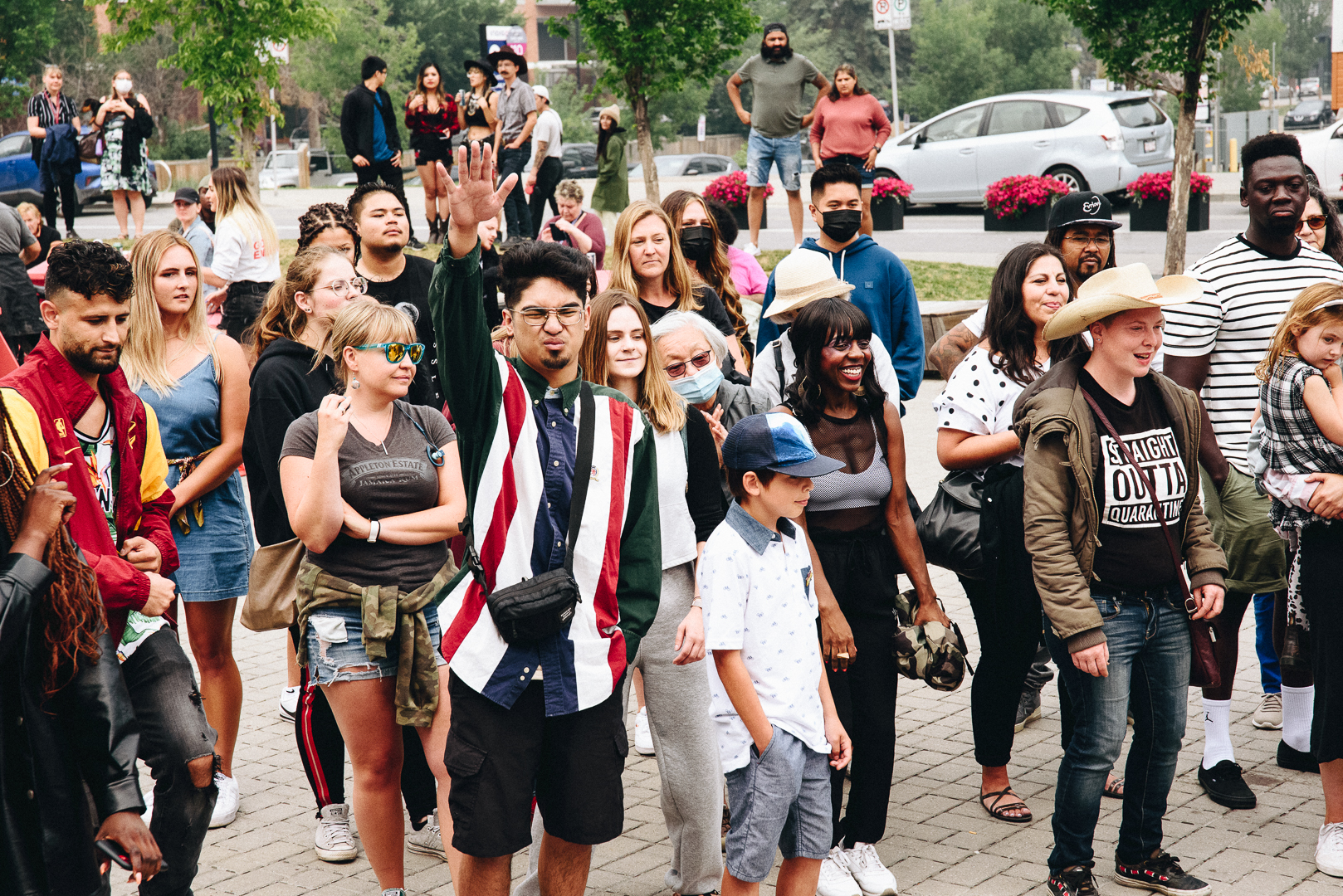 The C-Square Block Party is Back and Better

10 at 10’s Block Party is back by popular demand

This Saturday, August 14th, the highly requested C-Square Block Party returns from 12-6 p.m. It’s at the same place as the last one, and we’re bringing the same energy, vibes, and atmosphere that everyone loves. 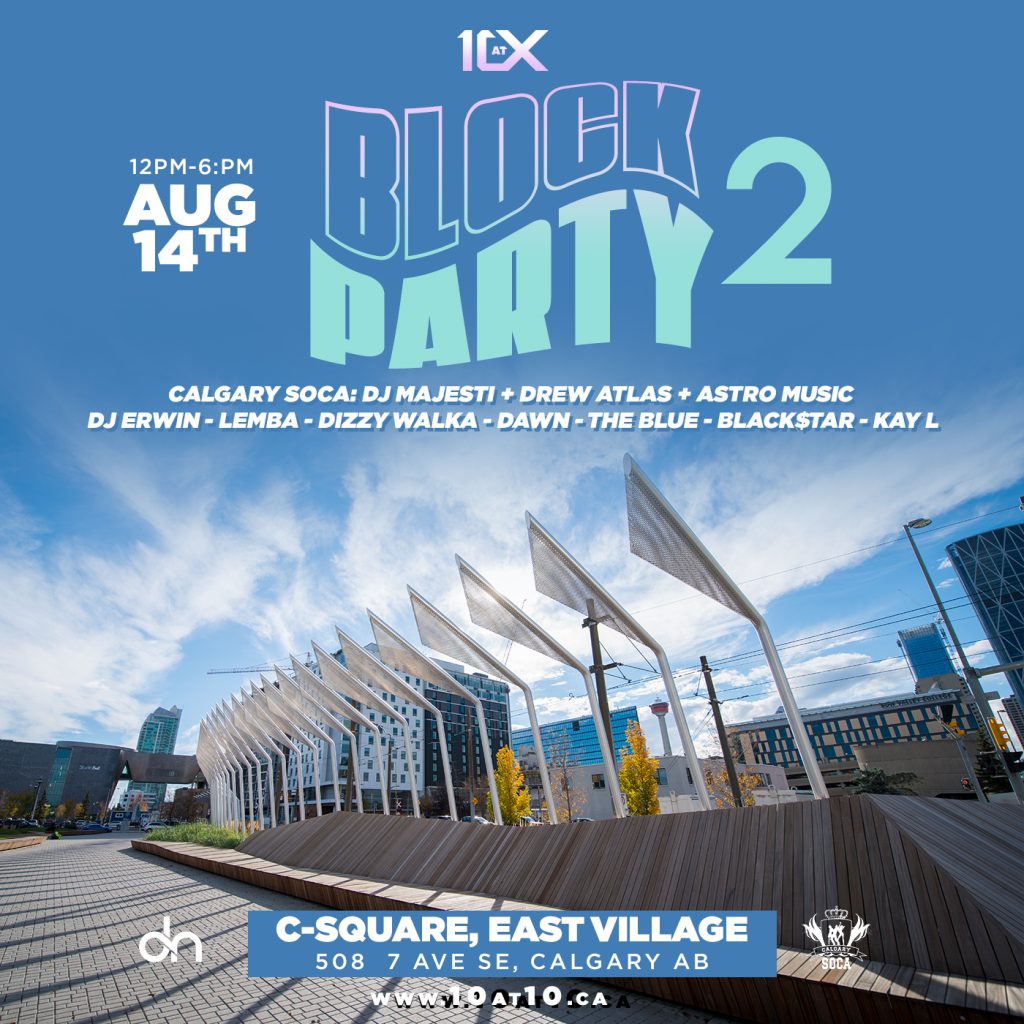 This time, 10 at 10 has partnered with CalgarySoca, an organization dedicated to the Soca (soul of Calypso) music scene in Calgary, who will “Mash up the Square” bringing some of that Caribbean flavour with the #on10 vibes you know and love. 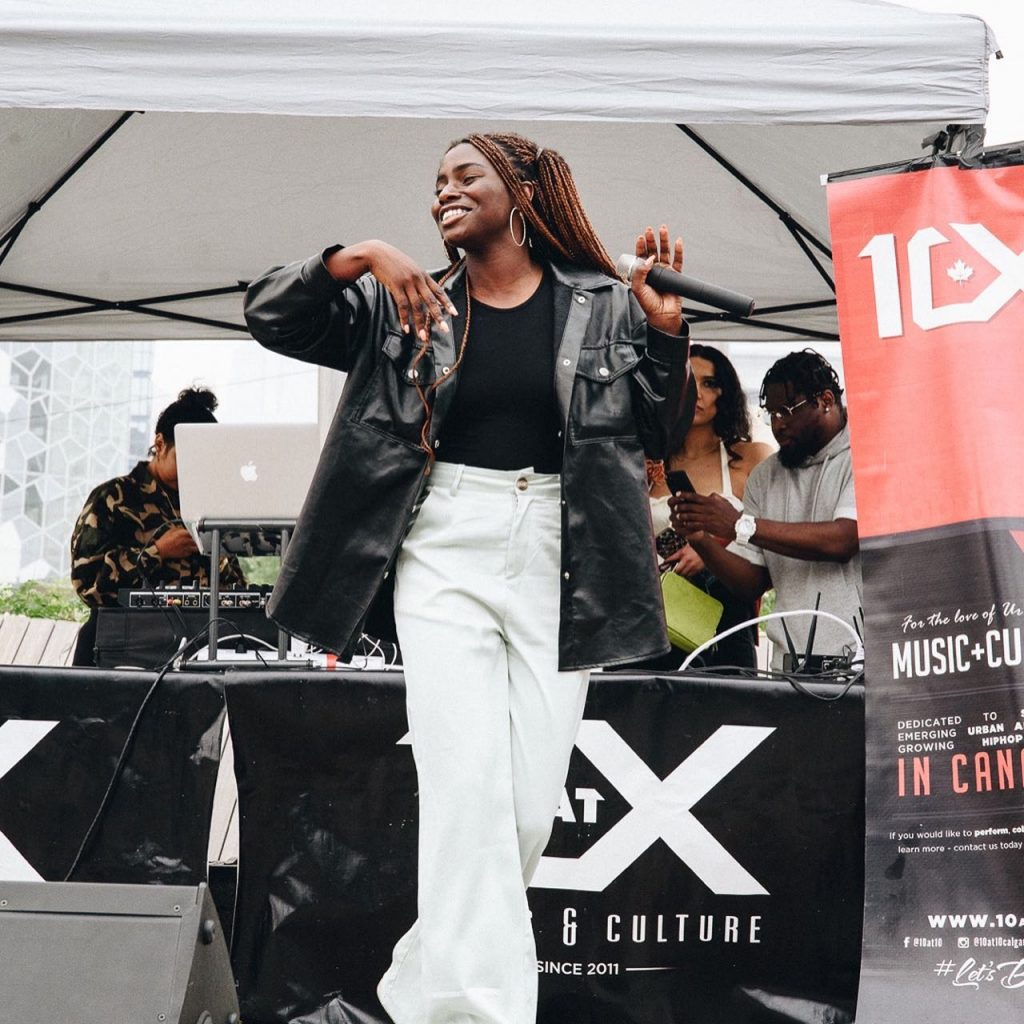 The Block Party will feature several performances from singers, rappers and dancers, including The Blue, Apartment 8 (made up of Eddie Pesos and Black Wednesday), as well as multidisciplinary artist, writer and director Lemba, who just released her debut single “Falling Roses.”

Hot off his latest album release Holy, rapper Black$tar is set to take the stage as well.

17-year-old rapper Dizzy Walka will also be performing, along with singer-songwriter Dawn.

Adding to the list of performers, rapper Kay L will perform on the day. Click here to listen to Kay L’s latest single “Alone.”

Featuring music from Erwin of dirtyneedlesradio and dancing from Temitope Fasuba, we’re bringing some of that Caribbean flavour with the 10 at 10 vibes you know and love. 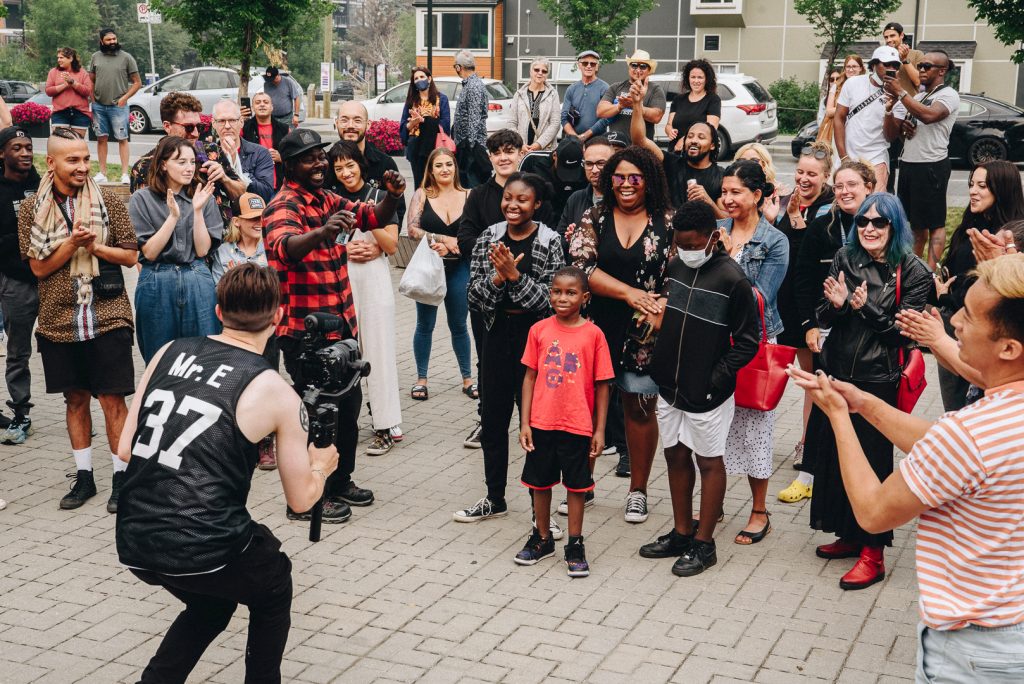 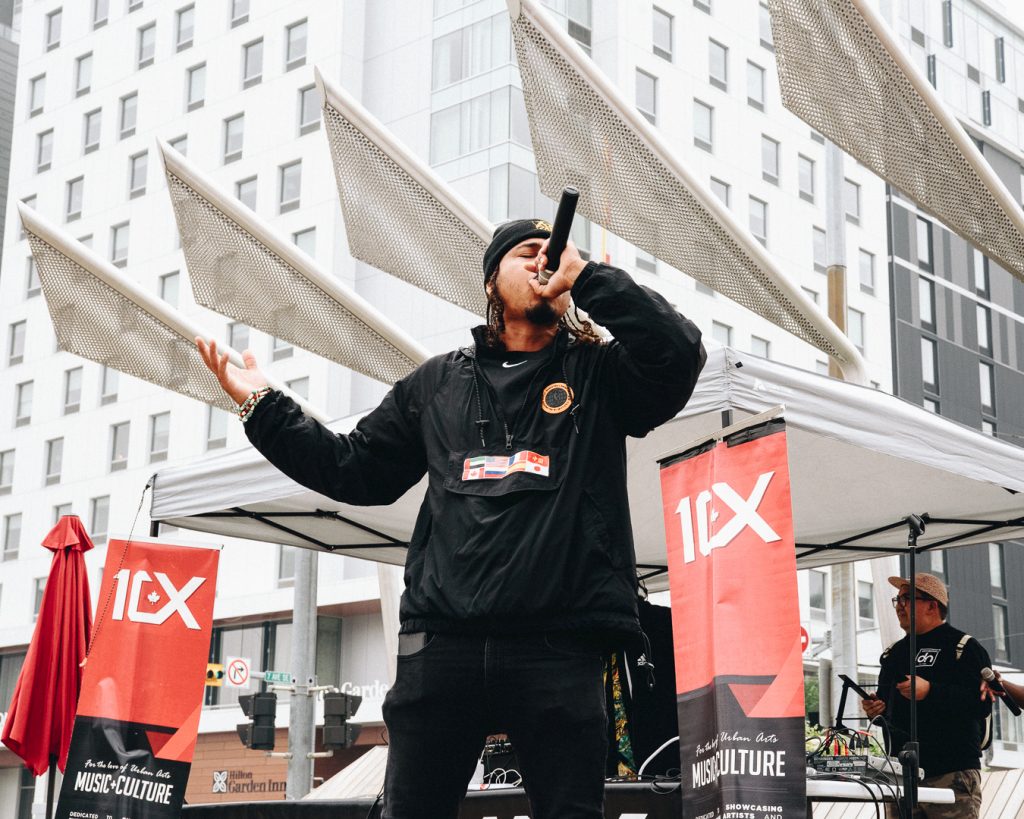 Don’t be the person who misses out twice in a row. Check out the schedule here and we’ll see you on Saturday in East Village. 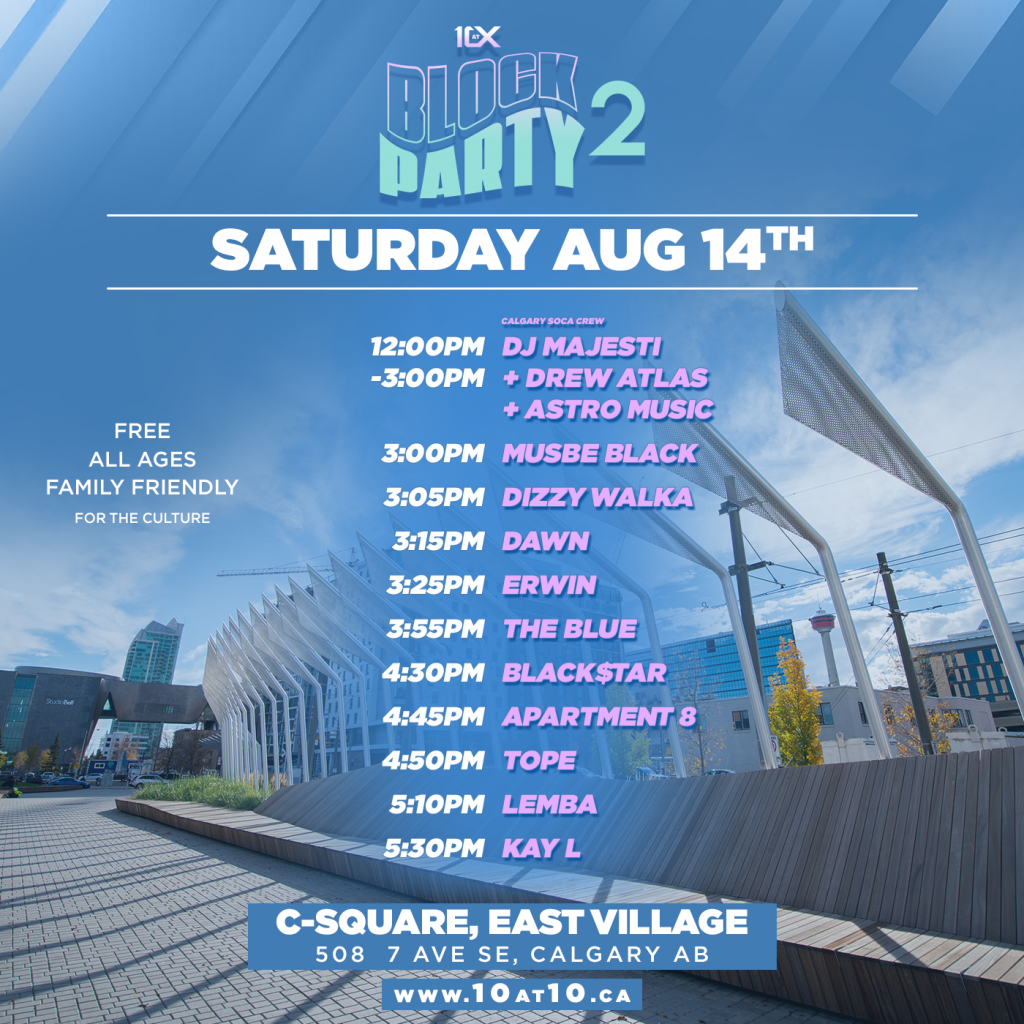