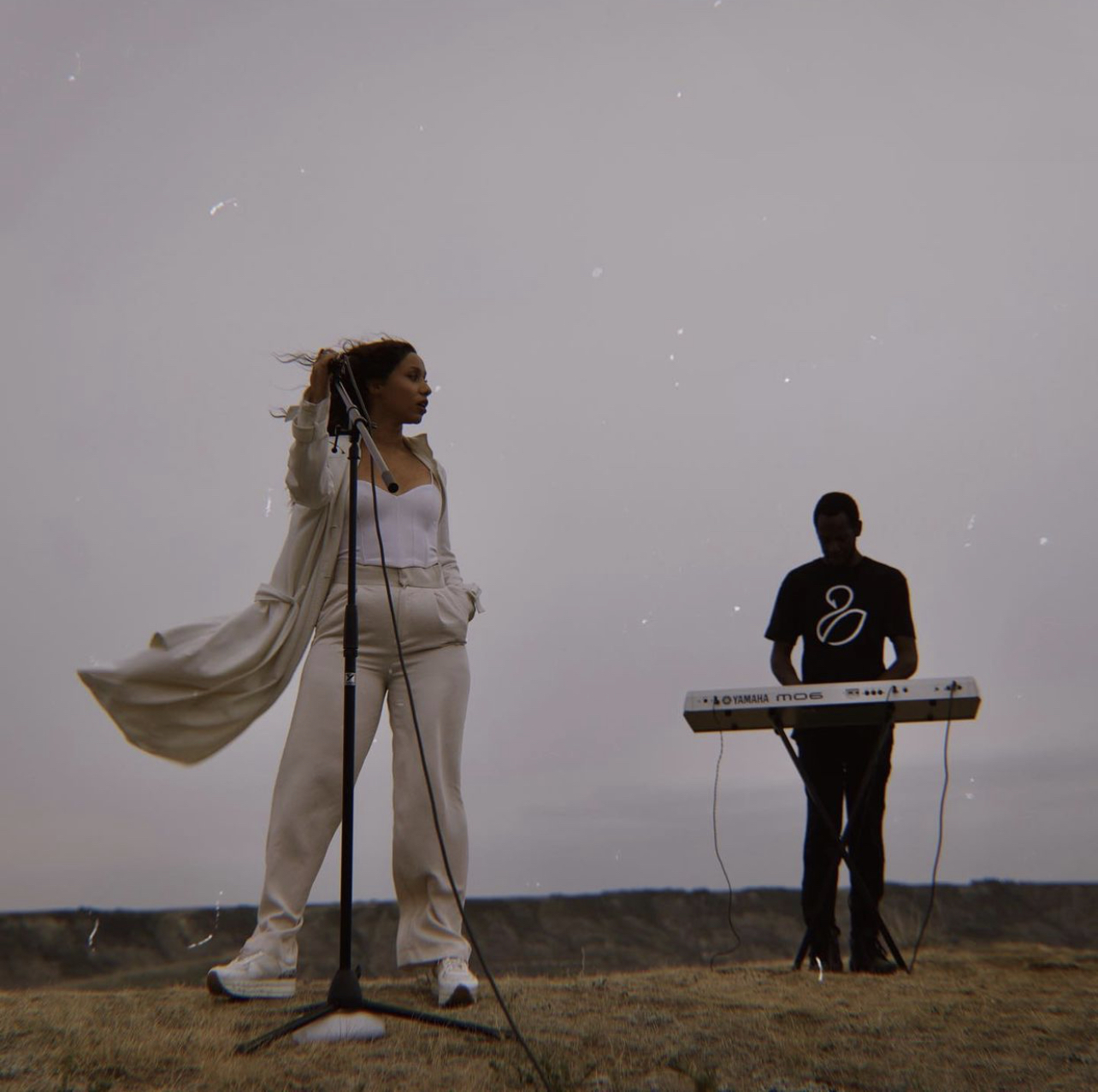 Justine Tyrell serenades listeners with her rendition of DJ Khaled’s “Popstar” featuring Drake. Tyrell’s wispy vocals give the song a new aesthetic as it’s paired with a beautiful piano ballad.

Tyrell strips not just the song down, but the music video as well. A dancing Justin Bieber rapping along to Drake’s bars is replaced with a vast atmosphere that’s barren but captivating. Accompanying her in the video on the piano is Calgary-based musician Timothonius.

Tyrell follows this new generation of singers whose voices are delicate and feathery. This choice in vocal style adds a new dimension to music. They play with range — they can utter a bellow or tread lightly on a track. This vocal control can be seen in the likes of Chloe x Halle, as well as Calgary’s Victory.

Collectively, the cinematography adds to the feeling of the song. The collection of shots adds more to the artistic feel. It’s reminiscent of Kanye’s artistic turn with a song like “Runaway“. Although in different ways both West and Tyrell utilize the piano and cinematography to give us art.

If you haven’t already, watch Tyrell’s “Popstar“ below.