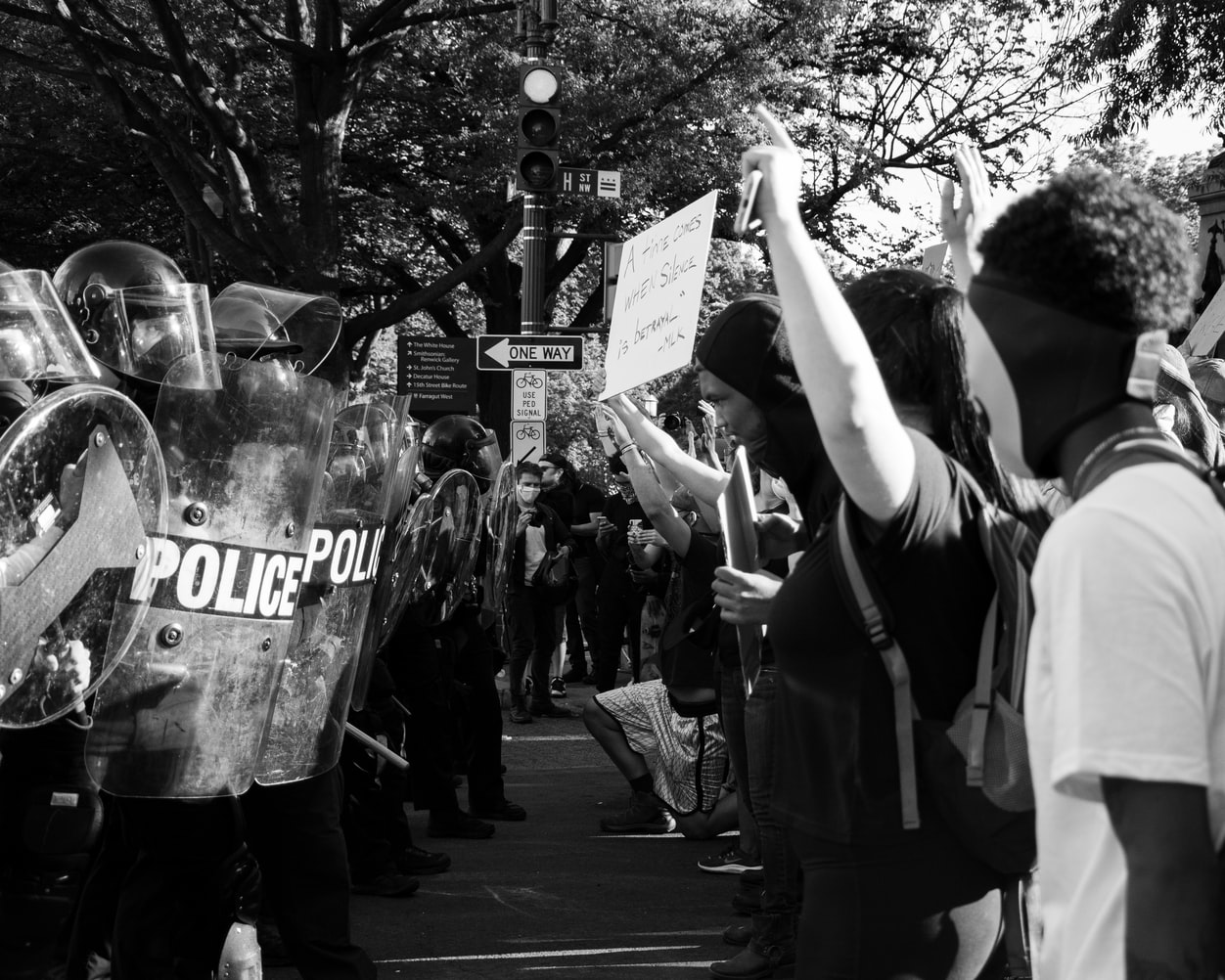 I was living in Ottawa, Ontario when a fellow young Somali man, Abdirahman Abdi, was killed by a white police officer in the summer of 2016, a few years after the emergence of the Black Lives Matter Movement south of the border. Video footage emerged of the brutal murder of this mentally ill member of my community in broad daylight; footage recorded by young onlookers.

Although I was informed of the brutal murders of black men and women in America, Abdirahman Abdi’s slaying resonated most with me.

It happened in my city. To a member of the Somali community. And my older brother, roughly the same age as Abdirahman Abdi, suffers from mental illness as well. It could have easily been my family dealing with this tragedy.

Thousands protested in the streets of my hometown for similar reasons to the catalyst of protests in America; the failure to punish the officers responsible for these heinous acts. In 2016, this movement in America had crossed borders and affected my community directly.

A little less than a half-decade later, the Black Lives Matter (BLM) movement – a grassroots movement with a mandate to end police brutality against black individuals – has re-emerged on a global scale; another youth-led vanguard movement that has led policy proposals around the world that would have been considered drastic just a few weeks earlier.

In my new hometown of Calgary, Alberta, leaders of @CalgaryAgainstBrutality, have managed to unite over ten thousand supporters – at only twenty and twenty-four years of age, respectively.

While attending the vigil here, I felt a range of emotions similar to those that I felt on the streets in Ottawa years earlier; I felt tense.

Tense is an understatement when speaking of the current social climate of our communities. Tense is a feeling many adults have lived through. Tense has become a tool, used to hide insecurities and give off a sense of semblance. However, in the context of the younger members of society, tense is a pocket they have found themselves living in for quite some time. Tense is an old friend of mine.

As a Black Muslim man, tense is a state of being.  One that I have in common with young people who demand to see change required for us all to live in the kind of world we deserve. Police encounters have left me tense, the education system has left me tense and the constant state of culture clash I am in makes me tense.

Standing in line at Tim Hortons has left me tense, switching lanes on Macleod Trail has left me tense, even ordering a round of drinks at our local watering hole has left me tense. Every time my skin colour evoked a particular reaction or behaviour from someone, I got tense. The thing about it though, the older I get, the more I learn to just live with it.

I don’t like living with it. Neither do the young people who are constantly shifting society.

That’s what we are here to talk about today; the young people at the root of this revolution.

I understand that in every one of those cases I have mentioned, police brutality was felt almost exclusively by young people. The cost of those movements were the lives of young men and women who have barely even lived. Most of them, still wet behind the ears, experience butterflies when speaking to their “crushes” and some of them were probably still scared of the dark. It was their courage that made them who they were. There is nothing like young courage in this world. A feeling that I see fleeing from my day to day life, a feeling that I chase with vigour.

The BLM movement isn’t unique in its youth leadership; instead, this is a recurring trend throughout modern history.

A list of youth-led revolutions in the last 100 years

During the civil rights movement, youth – high school and university students – did the footwork. They gathered, organized and marched for Black rights and female rights in America. They were faced with police brutality that we don’t even like admitting existed in a time where some of our parents were being born. Dogs, hoses, batons and bullets. They fought through it all.

The fight against the war in Vietnam was spearheaded by young college students (Yang, 2018). Over two million young men were drafted into the war, onset as a response to the spread of communism during the Cold War, American containment, and European imperialism in Vietnam (Yang, 2018).  Nobody wins in a war. Especially not young people. Police killed peaceful protestors at Kent University in 1970, the same protestors that were being targeted by FBI investigations prior (Yang, 2018).

The fight for democracy in China is a movement that lacks coverage in our western media. However, one of the bloodiest clashes between the state and the people we have ever seen took place during that movement in Tiananmen Square. Infamous images of this massacre are burnt into the minds of young people everywhere; it’s a shame that although the movement itself wasn’t covered in mass, the violence inflicted by the government was widely reported by the media (Yang, 2018). Police killed unarmed protesters, crushing them literally with guns and tanks (Yang, 2018).

The recent Arab Spring is a movement that is fresh in most of our minds… It was a series of anti-government protests that spread like wildfire across many Arab countries, starting in Tunisia, followed by Egypt, Yemen, Syria and Libya (Yang, 2018). While many different movements are currency surging through the Middle East, youth are taking detrimental impacts as their access to education and vital resources scourge. The Arab Spring set unique precedence, leading to the resignation of Egypt’s president, Mubarak, in 2011.

Idle No More began as a protest to parliamentary bills that would effectively leave Indigenous people of Saskatchewan without sovereignty and environmental protection. This movement has become one of the largest in Canadian history. (Indigenous resistance movements you need to know, 2014). Federal officials discussed raising the alert level to the highest level, which would have brought down the full force of the Canadian policing models, including a fusion of military, police and intelligence agencies. (Indigenous resistance movements you need to know, 2014). This protest has been long and heavily fought, even resulting in charges being pressed than dropped as against Idle No More co-founder, Sylvia McAdam, in 2019, after she and her brother built a cabin on land indebted to her family and reserve. Debates between Idle No More founders and the Prime Minister of Canada continue to this day.

When it comes to protecting human rights, speaking up and speaking out have been a sure-fire way for people to get themselves hurt. Capital powers clamp down on those who are at the forefront of every movement. However, the alternative leaves people wide open for all sorts of exploitation, discrimination and violent policing.

What a tense state of living. Of existing.

Then we had 8 minutes and 46 seconds of the highest form of tension play out before our eyes. The murder of George Floyd. As though history was repeating itself, it was the young people who took up the cause, teaching the old that their way of doing things doesn’t work. It was again the young people who are setting the example of courage and bravery, holding everyone accountable.

Conversations have sprung up at dinner tables across the country and again it is the younger members of families teaching and preaching, dismantling outdated ways of thinking and putting their parents on the hot seat and demanding answers.

In recent weeks, I have witnessed more people changing their minds – or opening up to dialogue – on the topic of race relations, systematic racism, institutional racism, police brutality and accountability. I didn’t spark this change, they did. And compared to years earlier when the BLM movement first emerged and gradually fizzled, this time, supporters are not accepting platitudes from politicians, celebrities and brands; instead, they are fighting to dismantle centuries-long institutional racism and targeted policy proposals to right the many wrongs.

Beware of the young and tense.

Indigenous resistance movements you need to know. (2014, November 14). Retrieved from