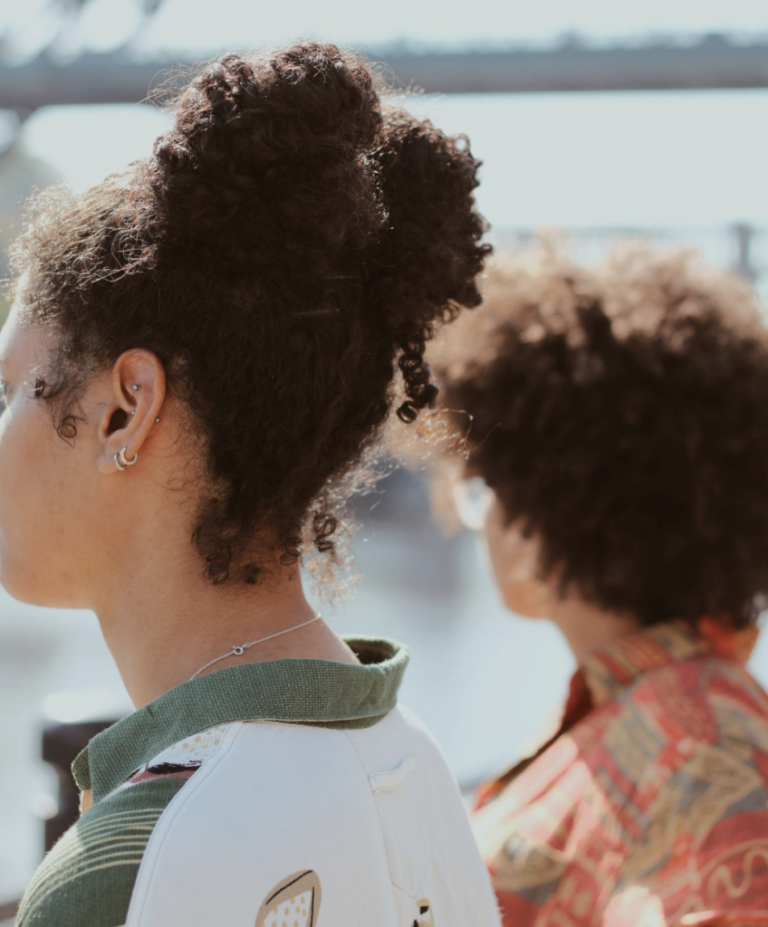 The evolution of black hair ideologies.

This is not a caster oil reform for the burnt ends and ruined locs that colonial racism brought into the Black community. This is a PSA for wandering hands and unsolicited coil crumping.

Often overlooked is the deep-rooted political history that surrounds Black hair. Rich in cultural significance, coarse curls within the African continent were modelled to display status, family connections, and to establish identity. One’s story was worn in their hair, genetically woven into their Blackness. In some cases, afros were decorated with bands, gems, and bindings that were symbolic of their royalty within their tribes or beyond.

The onset of colonialism deteriorated the essence of black hair as genocide and the slave trade became the dominating oppressive powers of the world. Just as identity was worn in hairstyles in Africa, the afro has become the dictator of Black bodies in America. The afro became the symbol of violence. Of the unemployable, of the unattractive, of the uneducated. Furthermore, the afro was the field negro and the soft curls are the house slaves. The bill of sale of an African life could be determined on the deepness of their Blackness, or the depth of their curl.

As hope rises on the horizon and word of the Underground Railroad begins to spread, slaves are laying tracks in their hair. Cornrows were used by slaves to navigate their ways to freedom. The patterns woven into their hair were used as maps, guides, and directions to follow. At the same time, cornrows were used to indicate where they were running from. Should the body of a slave be found before they reached freedom, their identity, usually lost within the diaspora, could be honoured by reading their hair.

The slave trade came to an end and freed Black folk began to look for work and settle into ‘normal’ lives. Lasting beyond the abolition of the Jim Crow Laws in 1965, active laws remain that allow for discrimination against afros in the workplace. Unless you are a party clown, whose thick lips, large nose, and kinky curls are mocked for their amusing foolishness. There is no coincidence that clowns were modelled after the Black body in the Americas. Thus introducing hair treatments, relaxers, wigs, and the hot iron. The intention being to manipulate the texture of Black hair to resemble dominating European ideals.

The Eurocentric Need to Stare

As slavery was evolving into civil rights in North America, Europe was using Black and coloured folk for different financial gains. The colonial lens, which has been bluntly described as the Eurocentric need to stare and touch that which Others them, led to the creation of the Word’s Fair. An operation that put coloured people on display in cages. Which is similar to museums and zoos. The intention was to display “authentic culture” as curated by the colonial power. The White folk and the highly educated who were allowed admission were also granted permission to feed and pet the humans on display. All in the quest of satisfying European curiosity.

The remnants of slavery, segregation, and Eurocentric dominance exist today in the power disbursements of racism. The diasporic search for identity is still locked and twisted into Black roots. Just as the trauma of Black ancestors travels epigenetically, royalty still raises nappy curls towards the sun in praise, however, recognition is little. Black hair holds history and identity. You don’t have the right to run your fingers through it.

Touching a black person’s hair is treating them as if they are still a caged negro. Being interested in Black hair because it is something that you’re not used too or something that you find cute because of its difference is not curiosity, is othering. The ability to overlook the centuries of history relating to black hair is flexing Eurocentrism.

If the counter-argument to justify ignorance on Black hair and politics is the fact that you’re “not in a Black Country,” that is disintegrating the fact that this continent only exists as it does today because people who weren’t from North America immigrated. If your defence is that you were never taught any better or that you don’t know where to start learning, start by listening to the woman who tells you not to touch her hair. It’s not a personal preference, it’s a cultural one.