The Top Four Things You Need To Make a Musical Hit

What Creates A Musical Hit?

As the world continues to produce musical artists at an alarming rate, many artists struggle to breakthrough into the industry while others ponder at the struggle to make a musical hit.

With so many obstacles at play, there is no doubt common questions arise like: What is the process for constructing a hit song? Is there a hidden equation that properly depicts the formula for making a club hit? And finally, what determines a musical hit?

We’re about to dive into the various methods of developing a hit song. We’ll look at the effort it takes to truly achieve a form of commercial success.

We are breaking down this process into four distinct parts: production, marketability, artistry and the repeat factor.

Each step requires rigorous precision but if laboured through you will see a rise in streams, revenue and organic traffic.

Production is the foundation and root of your song.

The quality must be industry standard. Otherwise your skills, development and commitment will be questioned. Media outlets and listeners alike will perceive the quality of your music as a direct correlation to how dedicated your are to craft.

The production process can include elements like outsourcing your mixing and master to extensively search for the perfect studio. There is no uncertainty around how crucial the production process is. The value that quality productions has truly defines and separates an “okay” from an amazing one.

A good example being, “One Dance” featuring Drake, Wizkid and Kyla. This track was highly praised by fans and critics alike. The dancehall hit was first of its kind for the Canadian artist. The incredible production stood out above some of the other major hits on his Views (2016) project. With all the praise “One Dance” received, it went on to become one of the best-selling digital singles of all time.

Next up is marketability. A handful of independent artists starting their careers will experiment with several genres of music. By experimenting with different genres it helps artists find their demographic.

Finding an audience to appreciate your sound is crucial to figuring out who core fan base is. Once an artist has acquired this knowledge, it is easier to cultivate and develop merchandise, CDs and any other type of branded products for that target audience.

The time spent crafting your music or song can take days, weeks or months to perfect. But all that work would be in vain if your marketing isn’t solid.

Artists need to consider marketing elements into their overall process, by implementing and integrating elements such as social media leverage, email subscription bases and even old school tactic like word of mouth can all help boost your reach and get more streams.

In 2020, The Weeknd released his album After Hours which went double platinum in just over a year. During the album’s rollout, he donned a signature red blazer with a black shirt, tie and trousers to match. Individuals were baffled by his choices. But with each performance, visual and interview he did for the project he remained in the exact same attire while only adding facial cosmetics or other accessories. These decisions greatly influenced the overall revenue and acclaim he earned. This ultimately made the artist into more of a symbol than he’s ever been before.

Artistry is really about the creative skill of the individual artist. What exactly makes them stand out? Are they creatively challenging themselves with every release? These questions should plague their mind like a head cold. Every single aspect matters.

The thought the artist puts into how they speak, coordinate themselves, react to critics and even dress. All of these factors can impact how they are perceived by the public eye.

When developing music yourself, it is imperative to take into consideration the lyrical content you like. It acts as a stepping stone for discovering what sort of songs to create. Are you rapping about drugs, money and fashion? Are you singing about loving other people? What influences you to write your music? Do you play any instruments? How you show other people your skill or talent is entirely up to you.

Take Kendrick Lamar who is one of the world’s most popular artists. Having only released four studio albums in the last decade, few individuals question his status amongst the public. If there is something Kendrick has done perfectly, it’s his progressive development. Which throughout his career has shined through his artistry. Each project felt different and unique, while still maintaining his core values.

Artistry isn’t something built overnight. It’s worked upon at every single chapter of your career and beyond. Only after experience can you begin to cultivate your artistry. Only after cultivating it, can you evolve yourself and your art consistently. 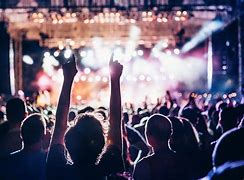 One last way we know it’s a musical hit is if we want to hit that REPLAY button.

Dissect what is mainstream on the radio or in clubs. Your friends and families playlists can really give you amazing insight. Are 808’s dominating charts? Is summer approaching and people want to dance?  What emotions occur when people hear certain sounds? Analyzing your surroundings can truly help in the studio creatively when making tracks. Always make sure to see what’s trending!

Make sure you abide by the passion you have inside you.  Continue learning new things along the way makes a true difference in having a one-hit wonder or genuinely establishing a path of longevity. Remember to believe in your work and to strive for improvement always. With this in mind, you’re sure to have a hit in no time at all.