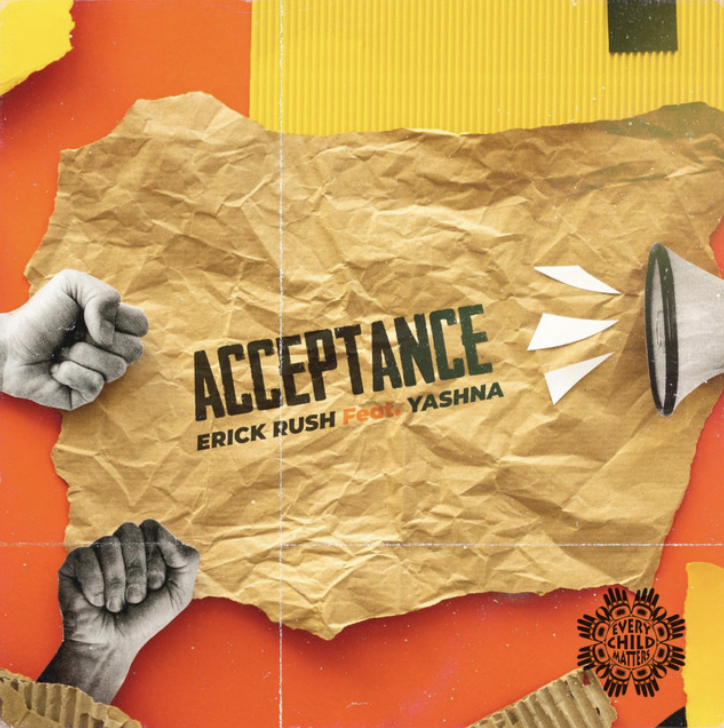 The Creation Of “Acceptance”

With “Acceptance” being his third song released this year, Erick Rush has dove into another realm of realism with his latest track. Unlike his previous single’s “Hardway” being a bass-heavy hip-hop track, then “Keeper” having a defined melodic tune, “Acceptance” separates itself entirely. It features Erick discussing various topics and feelings he deals with personally.

The track “Acceptance” was produced by JLDBeatz. Additionally, KVISION created a blissful harmony of drums, trumpet and piano playing that entices you from the very beginning. With Yashna leading the harmonious chorus and Erick demonstrating his conscious-filled rap flow. During the process of making the song, Erick even mentioned he had dug so deep that he said, “It felt like the infinite was writing through me.”

A Few Questions With Erick Rush

What feelings would you say felt during the writing process?

Honestly, when I was writing this song I didn’t have intentions to write this type of time. I just started to write and the words spewed out. It felt as I understood the Tupac lyric, “I feel His hand on my brain / When I write rhymes / I go blind and let the Lord do his thing.” It was surreal.

How did you get introduced to Yashna? What made you two come together on this song?

I met Yashna in South Africa. She is born and raised in South Africa. I met her my first year in South Africa while studying at the University of KwaZulu-Natal (UKZN) and we’ve been collaborating since then. I always know when I need an amazing vocalist who can also write great lyrics, I can holler at Yashna. And her turn around turn is as quick as mine so we work efficiently together. Our history makes her one of my closest collaborators.

What would you say influenced the development of the song?

It was a song that I never meant to write. I was sent the beat from a producer and fan in Europe named JLD. I always try to interact with my supporters and fans to let them know that I appreciate them as much as they appreciate me. It’s fun working with people who are amazing and think I never would have worked with them. The “Acceptance” beat was the first beat I listened to and for some reason, the faucet in my heart wouldn’t turn off. I started spilling my heart out before I even understood how deep I was going. After writing this song and rapping it to myself, I felt naked and vulnerable, but at the same time cleansed. My spirit took control of that pen and shared it with the spirits of all of our ancestors, and helped me write this song.

What Lies Ahead For Erick Rush?

Considering the era we live in is full of corrupt justice systems, radical ideals and extreme discrimination, the track “Acceptance” conveys a message of having beauty within the eye of the beholder. With always being able to look beyond the hatred with a brave face. A performance video was dropped recently through Edmonton magazine EGO.ZINE via Instagram.

With stating his “Keeper” music video is also in tow, Erick teases his deluxe album approaching before the end of this year, once again keeping his fans on their toes.

For now, check out “Acceptance” on all major streaming platforms including Apple Music, Spotify and YouTube. Also, check out his performance of “Acceptance” with EGO.ZINE below.