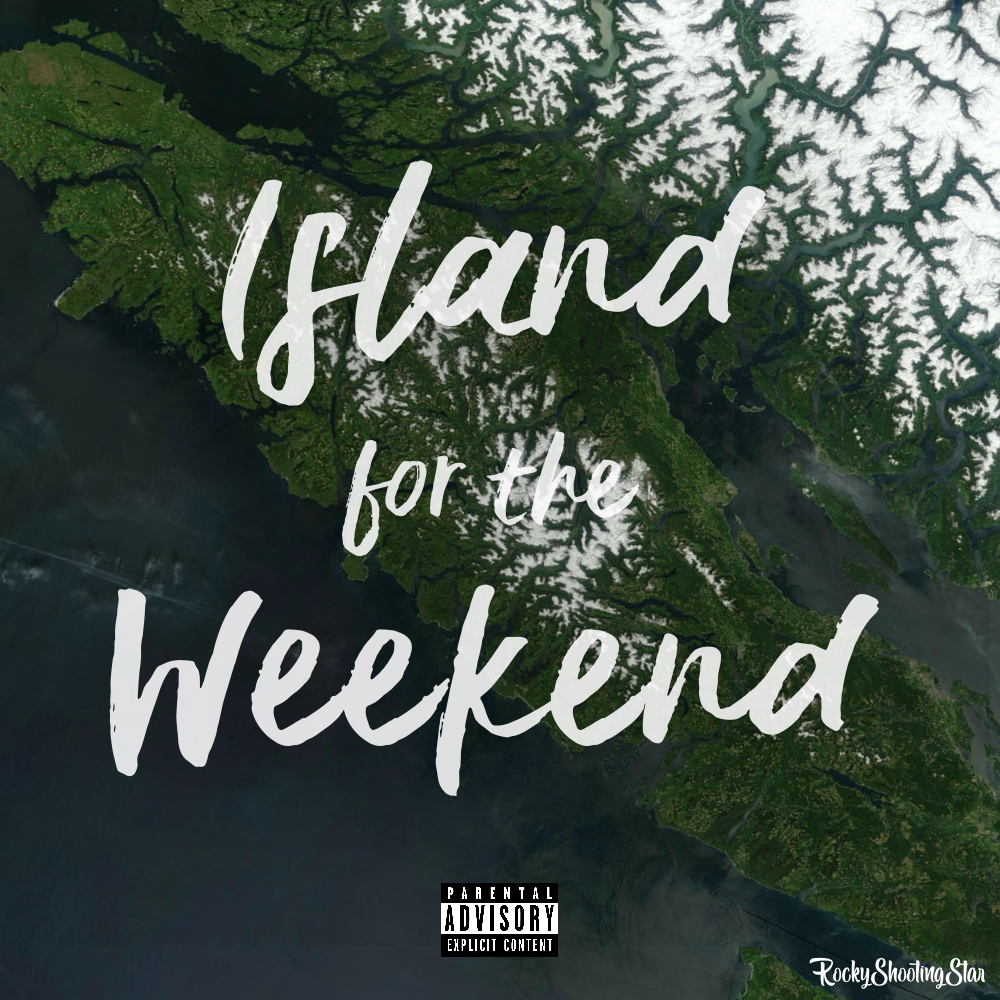 Delivering laid-back vibes is no new task to Rocky Shooting Star as the rapper based out of Victoria, B.C prides himself on his versatility.

While always pushing his agenda of gathering mass outreach constantly, the young artist claims Rocky Shooting Star is more than a moniker but a brand. Working not only on his own music but producing songs for several Toronto artists such as WhyG, Burna Bandz and SEGANOGENESIS.

With his latest single “Island For The Weekend” the rapper brings a vibrant melody and a catchy hook to the forefront, boasting a clean production also done by himself. Rocky states “I’ve dealt with anxiety/depression, drug use and all sorts of trauma that no kid should ever experience but I don’t mean to fret on that, it’s just part of the reason that I try to make more happy and upbeat style music when I do.”

Questions With The Artists

What inspired you to make this single? What was the process like?

I had been living in Vancouver basically off grid with no social media or internet for a few months and I finally decided to take a trip back home to Vancouver Island for a weekend. I reconnected with a previous partner and we ended up spending the weekend together, but when Sunday came it was time for me to get back to business so I went back. Hence some of the lyrics in the hook! When I made the beat, I found a melody I had that gave me that “tik-tok hiphop” kind of vibe. I quickly whipped up the beat because I was so eager to start laying down vocals and made it in like 15 minutes. There’s only like 7 different sounds total in the entire song haha.

How would you describe your music?

I would describe my music as the following; based off of rap/trap sound but also diverse to the point where you could hear me on a trap only radio station as well as a super mainstream pop station.

Were there any creative leaps that you took with this single?

I had been exploring the idea of how to get my music out there and in front of people who would want to listen, so with this song I specifically tried to capture the “tik tok-hip hop” sound as I’ve previously mentioned. It was around the time that Lil Uzi hopped on the remix for Corvette Corvette and I saw how much the people/youth gravitated to that bouncy style of music. I think I did a great job of achieving that sound.

Rocky’s Future For The Brand

Rocky Shooting Star has no intentions of slowing down teasing he has several more singles coming soon. With the next song called “Like That” with another Victorian native Soulless Saint.

Creating a brand or collective is no easy task. However it seems the young rapper plans on pursuing multiple paths of entrepreneurship with his current position. Attempting to generate a sustainable fanbase and develop more instrumentals, music and overall content.

If you haven’t already checked out “Island For The Weekend” make sure to take a listen on any of the major streaming platforms now.