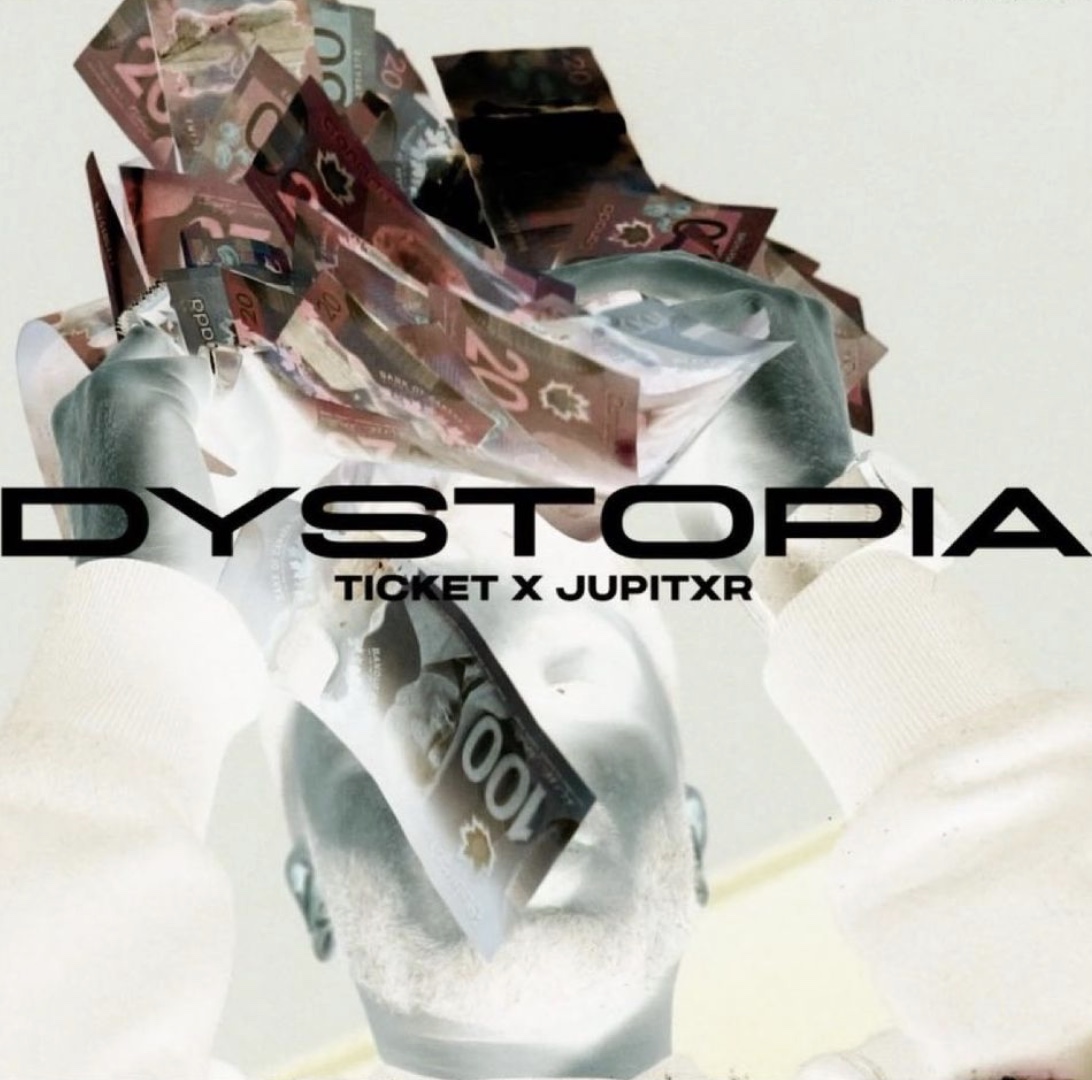 “Dystopia” delivers a fluid mix of synthesizers and drums to craft a euphoric listening experience. The track also has both rappers discuss their personal tribulations and speak upon the choices they have made, and face.

With an incredible stage presence, both Ticket and Jupitxr have accumulated an engaging fanbase. Resulting in the music video gathering more than 35,000 views within the first two months on Spotify.

The song has Ticket going first on “Dystopia” crafting a laid-back, edgy rap flow. Then, Jupitxr comes in with more of a high-energy, bold driven style. Though, both rappers undeniably blend together greatly to truly set the mood for the track.

Questions With Ticket and Jupitxr

10AT10: What inspired you both to write the way you did? Are they any artists influencing your sound right now?
J: How the beat switched into such a hard beat really had me spittin’ and made me get creative with it and doing a bunch of different flows. I wanted it to sound really hard while still having bars. I’ve been listening to a lot of UK music especially their drill scene. I wouldn’t say this track was influenced by any artists just because I was more just letting my creative juices flow. Creating what I thought would sound good and mainly just having fun with it.
T: Growing up I always really liked hip-hop/rap music. I was heavily influenced by 50 Cent and Biggie Smalls. Nowadays I listen to a lot of UK artists like D Block Europe and Central Cee, and when it comes to North American artists, I really like Lil Baby, Future, Moneybagg Yo and Lil Durk. Honestly, I try to listen to all artists whenever I get the chance to. I like to keep it versatile and get different perspectives and sound flows from different artists.
10AT10: How did the creative process unfold? Especially for you Jupitxr, with you at the helm producing the track, was their core motivation behind it?
J: It kind of just took itself over and went with the flow. I don’t like putting myself in a box so I just let the production go where it went and the motivation was just to make something people could vibe too.
T: The track came together pretty easily to me. I use a lot of my real life as inspiration for my tracks, whether it’s about people I know or things I’ve seen, there’s always a story.
10AT10: What is the message you’d both like want to send to your fans and people worldwide?

J: The message I would want to send is to stay positive and keep doing your thing. Just put in the work and live yours, don’t let outside voices bring you down or let negativity get to you. There are always ups and downs but stay positive and grateful.

T: One message I would want people to really take in and honestly one thing I’ve taken from making music, would be to follow your dreams. No matter what they are and how impossible they may seem to achieve. The only thing stopping you from achieving them is you. There will always be the people who hate and give you backlash, but the obstacles only make you stronger. It doesn’t matter if others don’t understand your end goal or they push their insecurities onto you, you have to do it for yourself. You can’t let anything or anyone stop you because the only way you fail is when you quit.

What’s Next For The Young Artists?

With both respected artists still pursuing their own solo endeavours the future seems bright for the pair. Jupitxr show’s no signs of slowing down releasing his latest visual for his song “Pure“. While Ticket stays under the radar, gathering his resources and honing his skills to prepare for his next single announcement.

If you haven’t already, check out “Dystopia” on all platforms now.