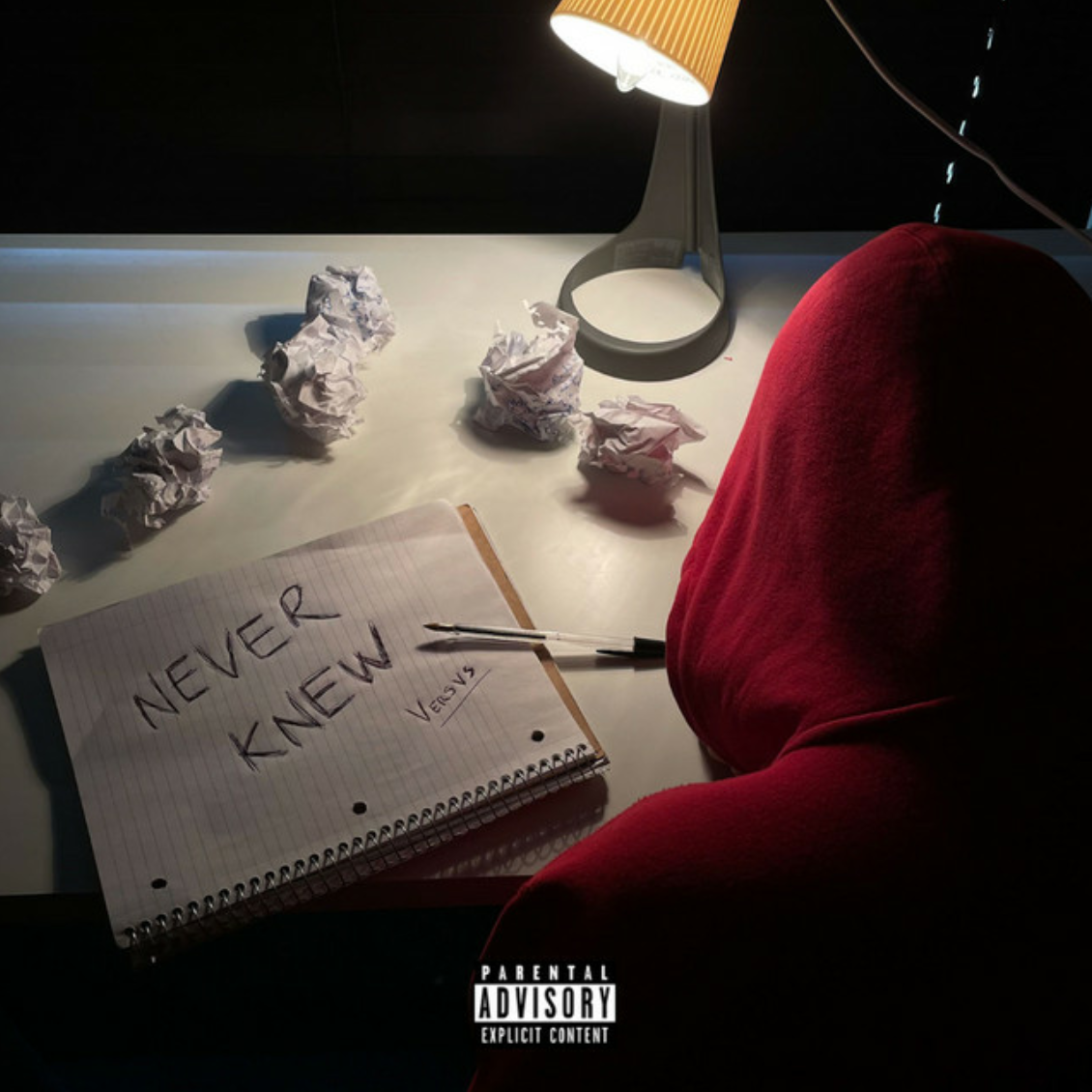 Calgary-based rapper Versvs delivers a deep, intricate take on his endeavours and mental state in his latest track “Never Knew“.

“Never Knew” brings a blend of dramatic tones with a carefully crafted flow. The single also brings elements of 808s, piano and drums together effortlessly creating an entrancing melody from the start.

Versvs preaches on the song several ideals and revelations he has pondered about throughout his career. With “Never Knew” being his eighth single released this year, it’s clear the rapper has no intention of slowing down.

10AT10: What was the main inspiration behind the track?

The main inspiration came from observing most mainstream hip-hop songs and comparing them to my art and what I usually talk about. I’ve never been one to brag about the cars, the money, the luxury, the women. The track is called “Never Knew”, referencing the fact that I never knew I needed to convey all these superficial and materialistic things in order to make it in the game. In the second verse, I speak to hip-hop directly as I personify the genre: it is my letter to rap.

10AT10: Who was the song produced by? Was there a lot of time put into finding the right sounds?

The song is produced by NairoBeats, an extremely talented producer from France. It definitely took some time to record and put together as the beat is a more trap/melodic beat, different to what I’m used to. But it more importantly it was fun to develop a catchy hook while still being extremely lyrical on the verses.

10AT10: What sort of message do you feel you portray through this song? Is there anything you would tell someone who hasn’t heard it yet?

Firstly, especially combined with the video, the song is ironic. I’m rapping about the fact that I hate that artists force themselves to talk about stuff they don’t like, just because they know it appeals to people and that they can therefore be successful. However, I’m also chilling in a Lambo and doing exactly what I’m criticizing. It’s an ironic song and I had fun with it. Secondly, the message would be to just do what you feel like doing. Experiment but always stick to your true self and what you believe in. It’s what makes you unique.

What’s In Store For The Calgary Lyricist?

With the music video for “Never Knew” amassing over 12,000 views since July. It seems Versvs is continuing to build upon his catalogue of hits with every intention of making the next drop better than the last.

Having already released two singles since then being “Random Thoughts” and “All Right Now“. We at 10 at 10 are eager to see what the young rapper crafts up next.