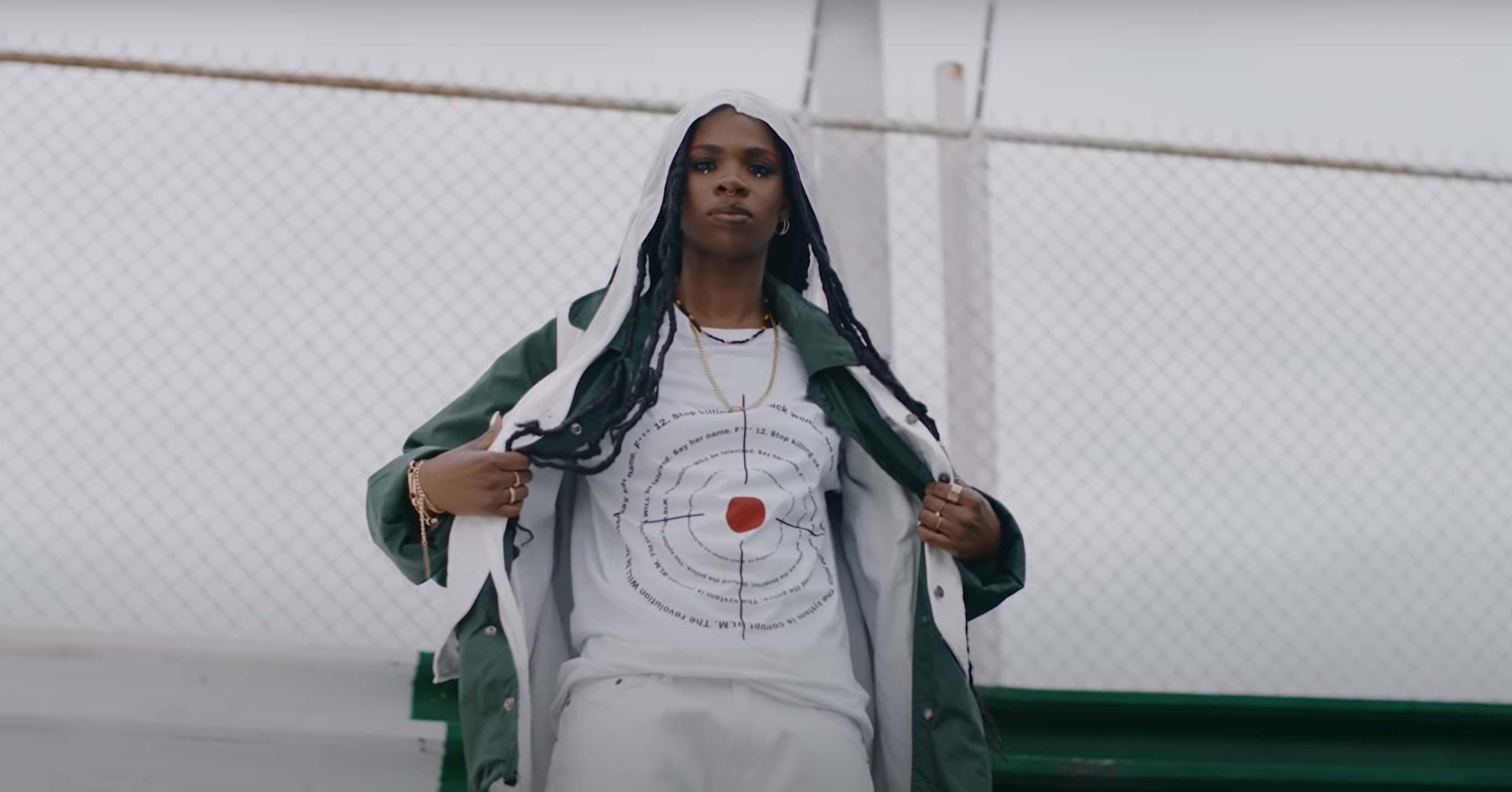 “Y’all need to broaden your scope. Picture you got darker skin and broaden your nose. I be sick when I be thinking ’bout the trauma we know. This shit is scripted; watch the drama unfold.” says Haviah Mighty in her new song “Protest”. Mighty drew inspiration from the George Floyd protests and created a song to further the conversation of the Black experience in Canada and the world.

“[The protests] made me feel some sense of hope,” Mighty says in her Rolling Stone interview. Mighty further expresses that she had never seen support like that for the Black community and how she wants our soldiers on the ground level to hear this song.

Black pride stretches around this song. From the visuals, message to pan-Africanism, Mighty tackles a long-standing issue in the Black community.

The pan-Africanism is shown by Mighty standing for her African-American counterparts while drawing from the U.K. drill scene by incorporating their gritty sound. “The production is very much a U.K. drill vibe and style,” Mighty tells Tom Power on C.B.C. Listen. Which is one of the reasons why she got Black-British rapper Yizzy on the track.

The self-proclaimed Prince of Grime graces the track with wordplay like, “When my reality is that I went from the news at 6 to views from the 6/When at 19 I could of been 6 feet under.” Yizzy uses the number 6 to convey many Black-British young men’s harsh reality while referencing Canada’s G.O.A.T. Drake. This solidifies to his new Canadian audience that there’s weight behind his title and that we shouldn’t take the Prince of Grime lightly.

Jamaica and Her Impact

So many things make this song rich. Mighty and Yeezy draw from their Jamaican heritage and the ethos of their sister cities (Toronto and London, England) by using patois in the song. This use of dialect is apparent in both cities due to the significant impact Jamaican culture has had on the diaspora due to Windrush, a large migration of Jamaicans starting in the 1940s. A lot of them moved to Toronto, London, England and New York, U.S.A. Since then, Jamaicans have had a massive influence on the Black diaspora. D.J. Kool Herc (a Jamaican-American) invented Hip-hop. British-Jamaicans were crucial in establishing Grime, and what would Toronto be without the Jamaicans adding to the culture every day?

If you haven’t already, do yourself a favour and listen to “Protest”.