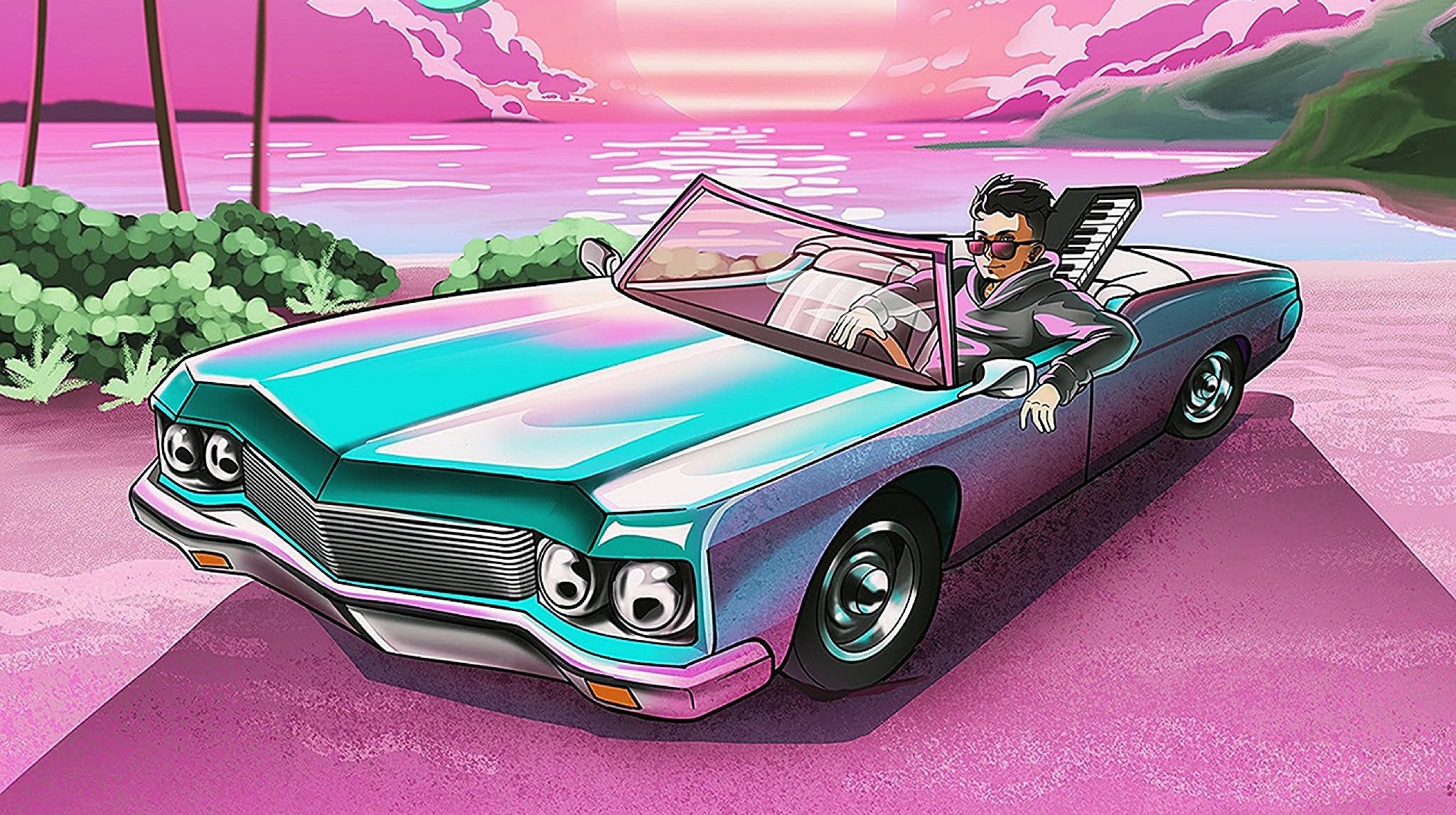 Calgary-raised producer Kid Mellow releases the most chill set of beats to kickback to. This extensive 20-track partial instrumental album is Mellow’s brainchild Just Cruising. The album includes sounds with a take from lo-fi R&B, electronic house and funk music. Remaining true to its name, the album was most inspired when Mellow was just cruising. Bringing the album together are collaborations from local talent including 10 at 10’s very own Beni Johnson, producer and musician J.Grooves, rapper and beatmaker Lyrique, beatmaker and bassist ProdKei, as well as a graphics designer and animator Sup Kupo. Released on April 9, the album can now be streamed on all major platforms including Spotify, Apple Music and YouTube. 10 at 10 sat down with Kid Mellow to find out more about his flavorful and groovy tunes.

Introduce yourself, let the community get acquitted. Who is Kid Mellow?

My name is Kid Mellow and I’m a music producer based out of Calgary, Alberta. It was the summer of 2016, where I began to take a deeper interest and invest myself into producing and sampling beats. YYC Beat Drop was the first memorable event that I ever attended, where I was given an opportunity to get a taste for the community and engage with other like-minded artists. I consider the event that followed the most pivotal when I was introduced to 10 at 10 events and given my very first opportunity to showcase my art live. I’ve always been an old skool’ hip-hop head with R&B in my heart since day one, and I’m proud to demonstrate a heavy influence of both in the music I create.

I couldn’t help but notice there’s “Mellow” as part of your name, and that’s kind of the vibe I gathered from your latest album. Can you tell me a little more about the inspiration behind Just Cruising?

The inspiration behind creating this album is simple, finding the groove in everyday life. This project is a reflection of my personality and my lifestyle and it’s been fun to contrast my art with a mixture of who I am as a person, and the music I have been inspired and influenced by. The making of this album was a passion project that allowed me to freely express who I am as an individual blended with the music I love and have been inspired by.

Let’s talk about the production and the overall experiences of making the album. What was that like?

As an artist, I genuinely enjoy getting lost in the creative process of making music. It felt satisfying to create something out of the ordinary, and experiment with different sounds even when I sensed it was unfamiliar to me. My musical creation style is heavily involved in being present and free-thinking space, some ideas come naturally right away and not so easily at times. Like so many others, I find myself most creative during the night. The night shifts allow for a lot of restless sleep, long and tired days blended with all the magical moments and life stuff in between.

A large part of my process when creating this album was taking my time and removing myself from making music when I needed it. The breaks and respite were essential to my creative process. My favorite therapy comes in the form of night cruising, working on my summer ride, biking, shooting hoops and being active, taking in music articles, interviews and podcasts, seasoned with a bit of meditation when it feels right. I found when I was taking that time for myself and doing those things I love, it was easier to trust the process even when I felt low or uninspired.

So, Just Cruising has been out for some time now. How has the community received you?

I’m truly grateful and humbled at the overwhelming amount of love and positive feedback I’ve been blessed with. People have always known me as a beatmaker and I am proud to be known as the “Kid Mellow.” The nickname’s origin is from flipping classic mellowful jazz and Motown samples (which is still the basis of my music to this day) while evolving my skill set and actually playing some piano chords and being more present on the keys. I took some time to learn basic music theory and venture into making R&B lush chords. From there I have developed a deeper connection with myself and with my music. It is amazing to hear how well my creative evolution has been received from my community and my audience. Nothing makes me happier than hearing how much someone loves grooving to all my new stuff and I often feel overwhelmed with gratitude for my audience and my passion.

What do you hope new listeners gather from listening to this album?

My only wish is that people understand how much I genuinely enjoy creating music for the purpose of sharing and inspiring others, all while hoping they just get to enjoy my work. There is nothing like it when I see people bumping to my music in their cars, posting videos of themselves on a reel while jamming out to some Kid Mellow track, and hearing people in their podcasts talking about music — and somehow my name comes up in conversation. These simple things really are truly what make my heart full and fuels my passion for this industry.

Just Cruising is fairly new but I have to ask, what’s next for Kid Mellow?

I’m honestly just going with my own flow. I infused my work with every ounce of my passion, so I try not to rush the process and deplete myself. My main goal for this next chapter following my album release is just to make more connections and collaborations with fellow artists. It has always been a dream of mine to be a part of something big, whether promoting an ad (Nike, Adidas, Franchise Ad, etc) or collaborating with other passionate musical artists. Ultimately, I’m just trying to make more of my music work heard and I’m really excited to put out more music content and exposure when the time feels right to me.

Let’s play a little game. In one singular statement to your listeners, what comes to mind first?

It’s time to get your groove on!

Alright, any last things you can add?