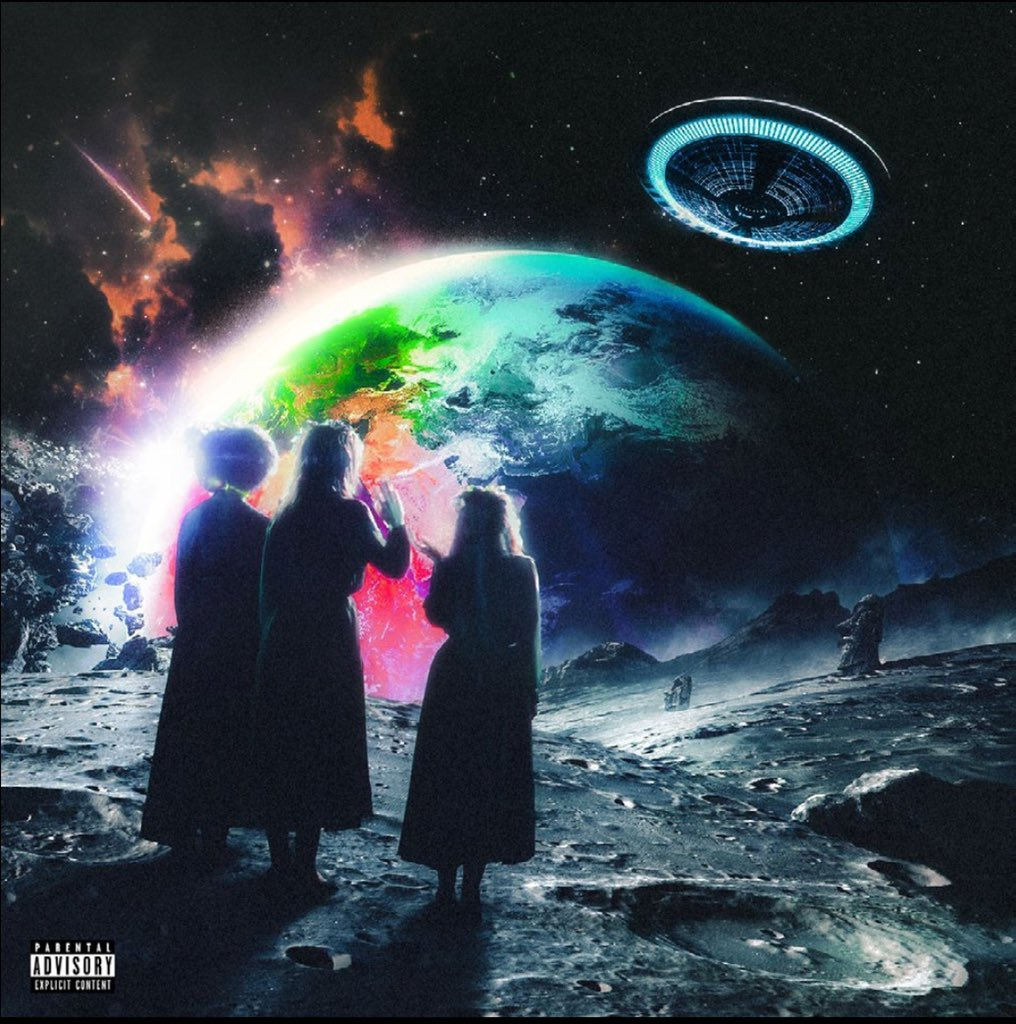 The long-awaited Eternal Atake is finally here and Lil Uzi Vert did not disappoint. The Philly rapper released his first album since the critically acclaimed Luv Is Rage 2 in 2017. Throughout the time in between albums he has teased Eternal Atake for years, dropping singles and hinting at its release since 2018.

The delay of the album was out of Uzi’s control. He was dealing with label issues restricting him from releasing new music. During his whole career Uzi has been signed to the Atlantic offspring Generation Now run by DJ Drama and Don Cannon. Uzi made it clear on social media about his distaste when he tweeted:

Controversy arose in the summer of 2018 when Uzi posted the first album cover of Eternal Atake. To put it lightly, the cover was heavily inspired by the Heaven’s Gate religious group. Heaven’s Gate focuses on UFO’s and space theories, which is the main theme of Eternal Atake. In 1997, Heaven’s Gate participated in a mass suicide ritual that they believed would help them reach a spacecraft. However, two surviving members of Heaven’s Gate have found Uzi’s album artwork. This discovery resulted in threats of legal action on behalf of copyright.

On September 18th, 2018 Lil Uzi Vert released “New Patek,” which peaked at #24 on the Billboard Hot 100 and is now certified platinum. Uzi later claimed the album was complete by the end of the year.

However, on January 11th, he posted an Instagram story announcing his retirement from music saying,

“I wanna take the time out to say I thank each and every one of my supporters but I’m done with Music…I deleted everything. I wanna be normal … I wanna wake up in 2013. You are free.”

The following year, on March 27th, Uzi signed a management deal with Jay-Z at Roc Nation attempting to get help with his situation. The very next day he released a song titled “Free Uzi” expressing his situation and anger towards his label which was taken down after 24 hours.

On April 9th, 2019 Uzi dropped two new singles titled “Sanguine Paradise” and “That’s A Rack” under Generation Now, as it seems like they sorted things out.

Uzi continued to tease Eternal Atake during the summer of 2019, announcing that it was going to drop, but it never did. After a period of silence, Uzi dropped “Futsal Shuffle 2020” on December 13th, 2019 – the lead single, a fun song that came with a dance and a sign that new music was coming.

During the same year, on March 1st, 2019, Uzi dropped “The Way,” sampling The Backstreet Boys’ “I Want It That Way.” His song was followed by announcing that Eternal Atake was dropping in 2 weeks. Two days after the release, Uzi took to Twitter where he posted three album covers and let his fans vote for which one they wanted. Later that same day, Uzi posted a short film promoting Eternal Atake, giving fans hope. Little did we know Uzi would surprise drop the album on the morning of March 6th, causing complete panic in the Hip-Hop community.

Prior to the release of Eternal Atake, Uzi introduced us to two different alter ego’s named Baby Pluto and Renji. Uzi has confirmed on Twitter that the album is made in three different sections, each one authored by one of his alter egos. Baby Pluto made songs 1-6, Renji made songs 7-12, and Uzi crafted songs 13- 18. Baby Pluto seems to be more serious and concise, Renji is softer and more playful, and Lil Uzi Vert is a mixture of both.

Eternal Atake starts off with the intro track “Baby Pluto, ” immediately introducing the album with a distorted voice-over saying, “Welcome to Eternal Atake.” The instrumental resembles extraterrestrial synths/symbols. Layered with his endless flows, Uzi uses this song to brag about his wealth, famous lifestyle, and sexual encounters.

“Lo Mein” breaks into a fast pace trap style beat as he cuts through the song with his creative melodies. The end of this song gives the first skit of many throughout the album. It seems like Uzi has seen something indescribable then screams in terror as the song quickly switches into “Silly Watch.” The beat immediately kicks in sending subwoofers crazy with its hard-hitting bass. It’s a banging song with Uzi rapping to the best of his ability.

The fourth song “POP” has a dark looped synth over a hard trap beat and Uzi is rapping like a madman. His flow doesn’t seem to ever stop throughout the album and even showcases a deeper tone of voice than normal on this song. The infectious hook repeats “I’m the n**** make your bitch wanna pop” at a fast pace leading into each verse. The end of this song gives us our second skit. During which, Uzi is running and breathing heavily. Then we hear a loud zapping noise as a female voice appears to say “Abducted.”

The final song on the album, “Homecoming” is also performed by Uzi’s alternate personality, Baby Pluto. The track is bass-heavy with Uzi mindlessly rapping, and again, showing off his impressive lyrical ability with his flows. The end of this song delivers a third skit, where Uzi seems to be physically constrained by something but he finds a button that frees him from captivity.

Transitioning from the sixth to the seventh song, he now switches from his Baby Pluto personality to Renji. “I’m Sorry” is arguably the deepest song on Eternal Atake. The hook sings out, “I’m sorry for everything I ever said, I’m sorry if you were misled, and I’m sorry if my words messed with your head.” The instrumental is such a vibe, definitely the most chill song on the album.

“Celebration Station” is a fun upbeat song produced by Working On Dying. The end of this song presents the fourth skit after Uzi escaped captivity in the previous skit. He is lost and yells out to try and catch the attention of anybody nearby.

“Better Than Life” features a nice instrumental with faint choir vocals in the background creating a vibe as the drums kick in. Uzi speaks on fame and relationships, among many things, throughout the song as he says on the hook, “I done made so many millions ain’t nothin’ to think about.”

The tenth song on the album, which is the fourth song as Renji, is titled, “Chrome Heart Tags.” Interestingly, the track was produced by Chief Keef. The song has a futuristic feel with mystical synths and continuous choir vocals in the background totally embodying the theme of Eternal Atake.

“Bust Me” is the fifth Renji song. He opens up on the track, speaking about how women only wanted to get with him once he was famous and how he handled these situations. The end of the song reveals the fifth skit. Uzi shakes a doorknob and knocks on the door as he yells out again. He hits a button that seems to trigger something as a female voice says, “you are now leaving EA, the dark world.” “Bust me” then transitions into “Prices.” The song predominantly samples a Travis Scott song titled “way back” on Birds In The Trap Sing McKnight. Again, this song has heavy choir vibes mixing with trap sounds with Uzi’s creative flows. Uzi brags over the beat talking about money and fame.

“Urgency (feat. Syd),” Syd (former member of Odd Future) is the only featured artist on the album who comes in with her beautiful singing voice, meshing perfectly with Uzi. Uzi raps about needing love as the chorus sings, “I hit you up just with that urgency, know I need your love like you ain’t never heard of me.”

On “Venetia” Uzi raps about cars, money, loyalty, fashion, and his sexual prowess. “Secure The Bag”, pretty much self-explanatory as Uzi yet again boasts about his money. The end of this song gives us our sixth and final skit, as Uzi phones a friend trying to explain what he saw on the ship. He ends the conversation by saying, “bro, I gotta drop this album, all this bro.”

“P2” is the final song on Eternal Atake and the sequel to smash hit “XO TOUR LIF3” in 2017. He uses the same instrumental and many of the same flows as the original version. Uzi reflects on his substance abuse and relationship with his ex-girlfriend. He ends the album off on a personal note. As the instrumental dies down he says,

Arguably, the concept for the album is directly related to Uzi’s label issues from the past 3 years. This is evident when following the storyline of the skits presented on the album. For instance, at the beginning of the album, Uzi is free, representing early life and career. Then, as more skits appear, he starts getting chased and eventually abducted by aliens at the end of “POP.”

Furthermore, during the skit at the end of “Homecoming” Uzi is restrained and finds a way to free himself. This is a complete representation of his label restricting him from releasing music, followed by his freedom due to signing with Roc Nation. The following skit on “Celebration Station ” presents a lost and confused Uzi trying to find his way back as he walks through a space ship. When analyzing the skits, the story seems just like the current state of Uzi as he’s in-between situations and trying to find a new home. On “Bust Me” Uzi finds his way out of the spaceship and back to the real world.

Finally, during the last skit on “Secure The Bag,” Uzi is back in the real world and says he needs to drop his album. From the first skit to the last, Uzi takes his listeners on an explanatory journey through his life from the past three years. The aliens and the spaceship are a metaphor for his label. Hopefully, with Uzi’s new-found creative freedom, listeners can expect new music on the horizon. 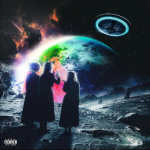