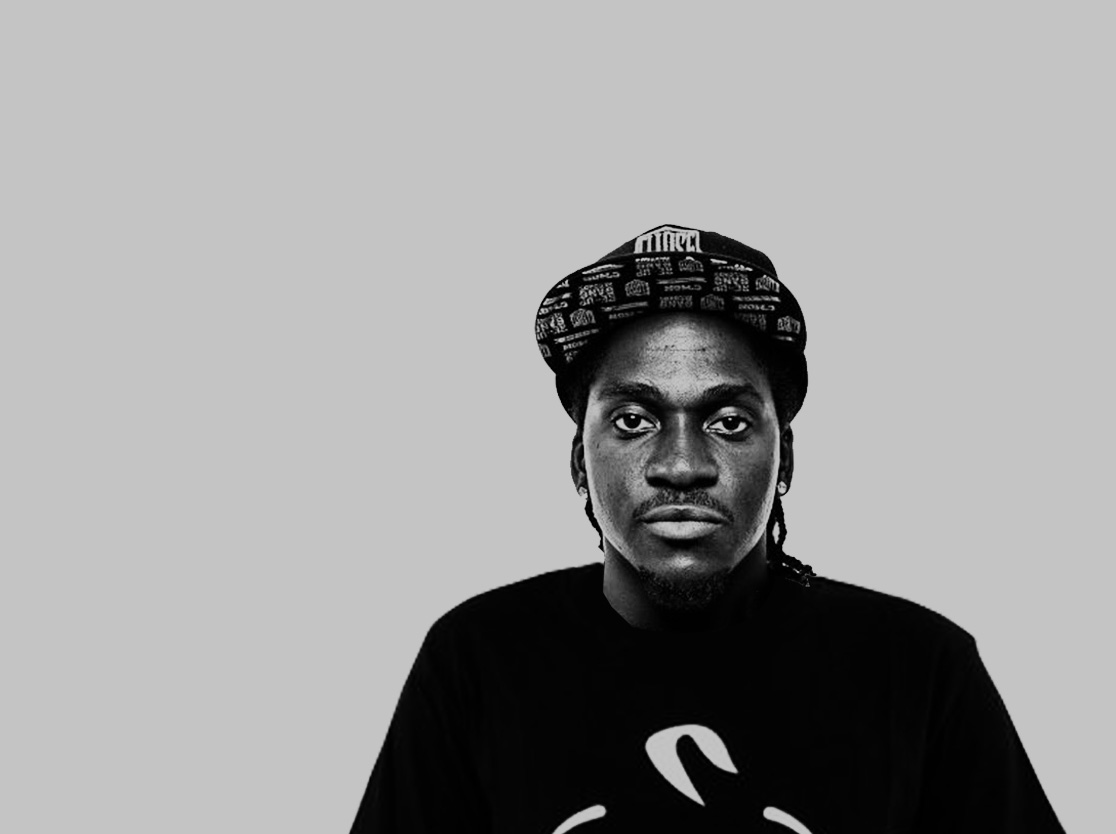 5 Pusha T verses that made me say “YUUGH!” [Pre-MNIMN Edition]

We all know that Pusha T’s latest album My Name Is My Name is chock-full of dope lines, lyrics and verses that only the drug dealer Picasso himself can paint, but with three Clipse albums, a few mixtapes and the GOOD Music compilation Cruel Summer also in his discog, King Push has BEEN killing it for years. As we get ready for his show next week I decided to round up some of my favourite pre-MNIMN verses to remind us just how dope (excuse the pun) this man really is.

With a feature from Yeezus himself and a single cover designed by legendary Brooklyn-based artists KAWS, this song was massive in every way. Push opens up with a way-tight Biggie homage –  “I’m kinda like a big deal, it’s unbelievable / You see my warning gives you big chills / The flow running on Big’s heels / My life after death, Big ain’t get to see how this feels” – before what might be one of my favourite Pusha couplets ever: “It’s a blessing to blow a hundred thou in a recession / With no second guessin'”. The track came out in 2009, right in the thick of the Great Recession, and I love how Push lets us know it’s clearly not affecting him. #BALLIN

Sometimes I just love me some good drug metaphors. Another thing I love is lyrics so complex that I have to go look them up after hearing them to understand, and this verse has both. My personal fave? “In this climate I’m Kareem Burke tied in / The Roc’s silent partner I ain’t throwing up the diamond.” Who is Kareem Burke? The co-founder of Roc-A-Fella who ended up getting busted for running a large-scale marijuana distribution op. He was a silent partner because, unlike Dame Dash, he didn’t wanna be all in the videos and all on the records (sorry I couldn’t resist).

You know you have a hot verse when yours is a standout on a track that features Jay muthaphuckin Z. This whole thing is near perfect to me but there’s two parts that I can’t get enough of. The first is Pusha’s observation that “CNN said I’d be dead by 21 / Blackjack, I just pulled an ace / As you looking at the king in his face.” He could have been just another statisic you hear on the evening news, but Push beat the odds, just like you have to do to win big at the casino, and lived past 21. Blackjack! I also love this cocky assertion: “Range Rove, leather roof, love war, fuck a truce / Still move a bird like I’m in bed with Mother Goose.” YUUUUUGHHH!!!!

Religious metaphors are another favourite of mine because they’re a cheeky F U to all those who call rap and rock the devil’s music. This was another line that I had to look up to understand and appreciate its complexity: “Hair pressed, blowin’ in the wind, shit ’bout long as Jesus / I still leave speech for Gospel, so match this / Pusha push John P. Kees with these sounds of crackness” – John P. Kees is a gospel singer who’s last name conveniently sounds like “keys” or “kilos”, and Sounds Of Blackness are a famed gospel music collective. Well played Push; well played.

Honorable mention: “The black Martha Stewart, let me show you how to do it / Break down pies to pieces, make cocaine quiches.” Any lyric that somehow makes me want to eat a quiche made of cocaine = #winning.

Pusha’s second verse here is one giant YMCMB-diss, and what’s good rap without a battle every now and then? There’s some gems in here, such as the jab that YMCMB “claim they five stars [Birdman calls himself the five-star general] but sell you dreams [Drake has a track calls Dreams Money Can Buy]”.  Another fave moment here is when Push goes into all-entrendre-everything with the following: “I’m balLIN, Amar’e / A nick sold in the park then I want in / What’s a king without a crown, nigga? / What’s a circus without you clown niggas?” Also, saying you wouldn’t piss on someone with Grand Marnier is cooler than cool, it’s ice cold.

Pusha T is performing LIVE in Calgary next week, January 29 at Marquee Beer Market and Stage! For more info or to buy tickets click here. See y’all there.