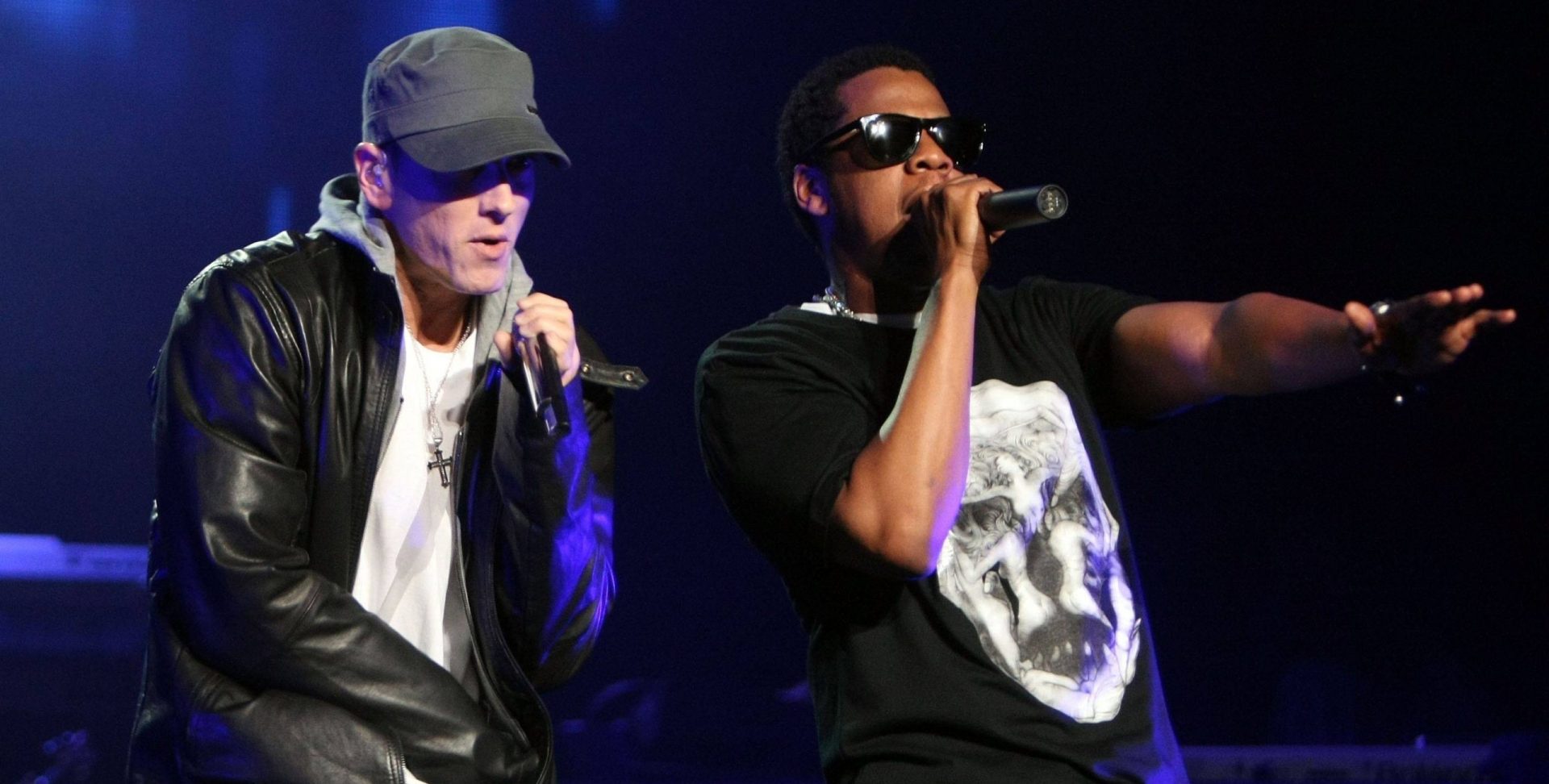 Iconic rappers Jay-Z and Eminem performed their legendary song “Renegade” at DJ Hero’s Renegade Party back in 2009. Just as you’d expect, the performance was epic. Earlier that year DJ Hero had announced its massive 93-song in-game tracklist which included Beastie Boys, Foo Fighters, 50 Cent, David Bowie, Eminem and Jay-Z’s cuts – so the hype was real. However, since that night you could find many fan-shot videos and pictures from the performance but never the real thing. Now, the official high resolution video is available!

You can watch it below:

For years, rap music enthusiasts have debated on if Eminem outperformed Jay-Z on this record. But as you can see here, both icons brought their unique juice to the song that has aged well like a fine wine.