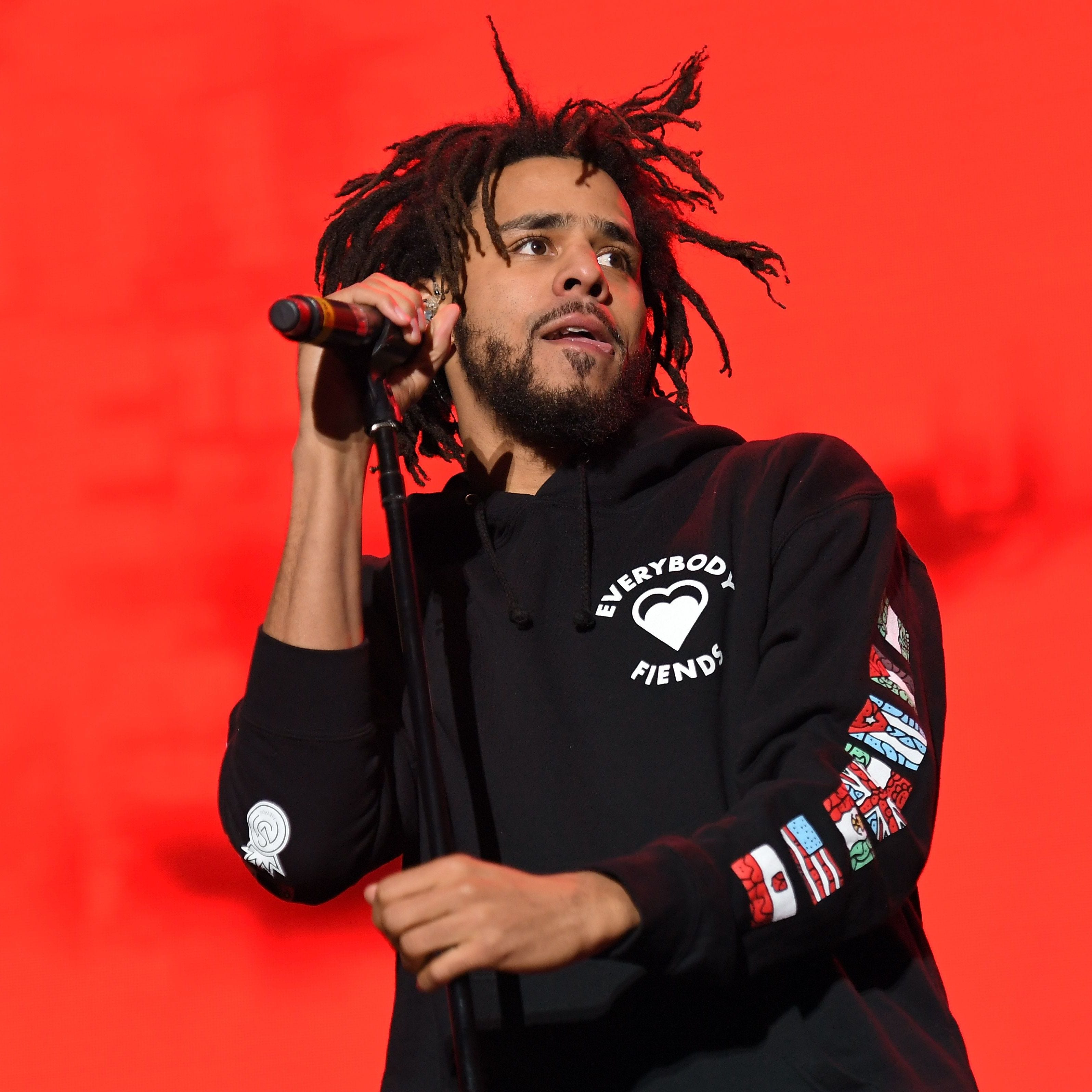 On a quiet Tuesday afternoon, J. Cole took to Twitter to announce two new songs dropping the very next day. 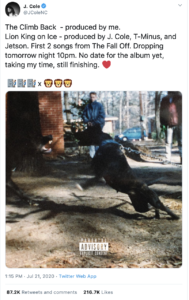 The two songs “The Climb Back” & “Lion King on Ice” will be the lead singles for his new album The Fall Off, which has no current release date. The songs are produced by himself with help on one from T-Minus & Jetsonmade. Coming fresh off his new song “Snow On Tha Bluff” and Dreamville Compilation album Revenge Of The Dreamers III, Cole is in his bag once again. Delivering with top tier lyricism. He dips into his singing vibe a bit too, across both songs he sings for 38% of the time according to @HipHopNumbers on Twitter. The internet reacted very well to the singles as they were trending within minutes and #1 on Apple Music Charts. The traffic was so busy, the songs actually crashed on Spotify all night until they fixed it in the morning. The expectations are high for him this deep into his career, but he has the talent and ability to make something special.

Before the announcement, Cole shared with us a written piece about his life and career over the years via Players Tribune. He opens up about his personal life, struggles, retirement, and the future. It’s a very great read for fans or anyone wanting to be inspired.

“The Climb Back” is a 5-minute song about Cole’s journey back to his love of hip-hop and personal life experiences. The song is flooded with bars as Cole flows over his own production. The beat has trap sounding bass and high hats with female vocals looped in the background with piano runs as well. The hook sings out “Everything comes back around full circle, why do lies sound pleasant, but the truth hurtful?”

This shit was both hella challenging and mad fulfilling to write. Thank you @PlayersTribune for the platform. ❤️https://t.co/XGE47bqhGy

“Lion King on Ice” brings back J. Cole’s alter ego Young Simba as seen in his previous trilogy of songs “Simba”, “Return Of Simba” & “Grown Simba”. He raps from the perspective of his younger self talking about his childhood and rise into the rap game. The beat is produced by Cole, T-Minus, & Jetson, it’s very similar to the first one with female vocals and trap drums.

What I took from these two songs is that J. Cole is one of the best rappers of his generation and of all-time. His wordplay and lyrical performance are at their peak again, feeling vibes from Friday Night Lights. As The Fall Off approaches my expectations are higher than ever, I think it could be his best work to date. We’ll just have to wait and see