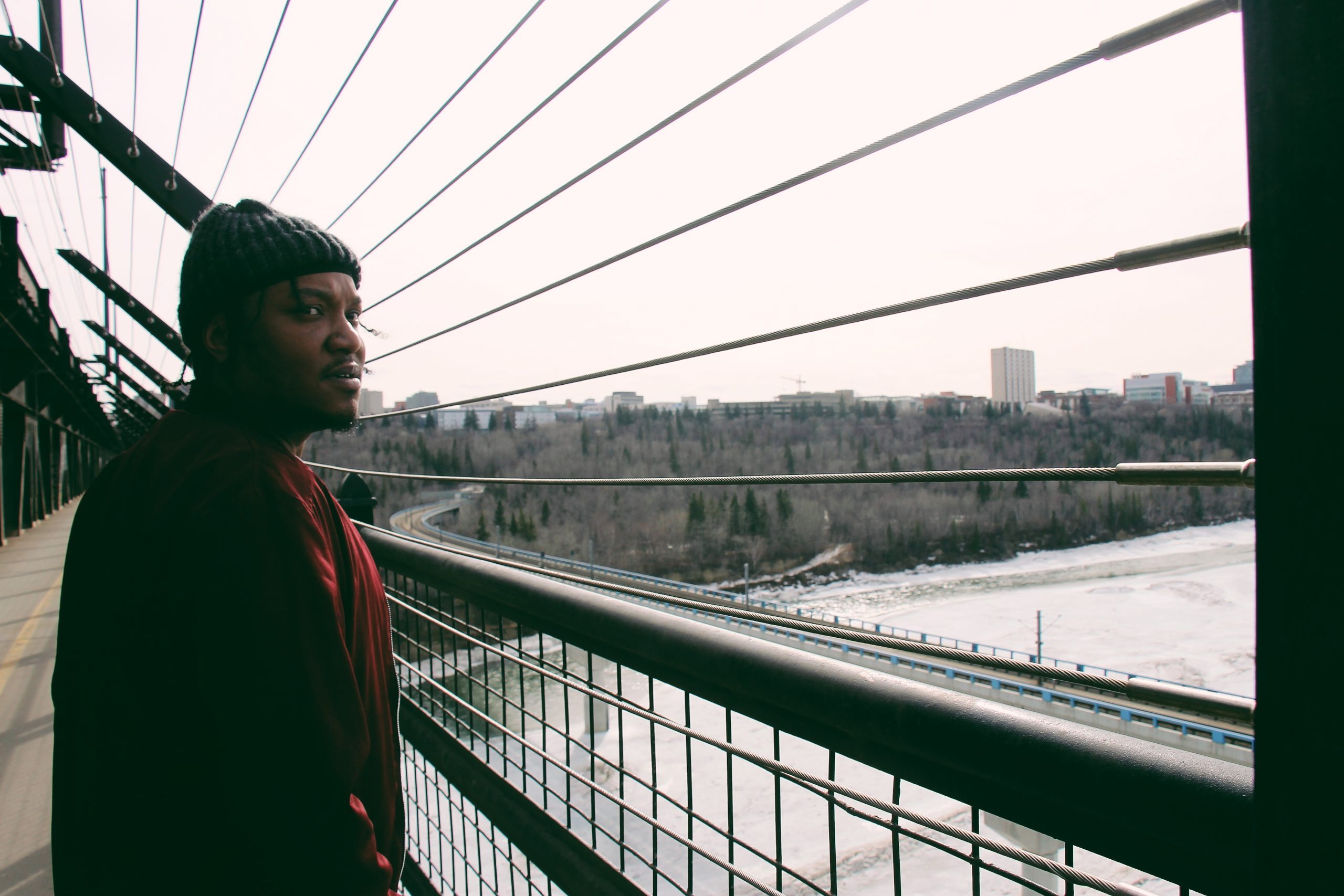 On the heels of his critically acclaimed The Room EP, Edmonton hip-hop/R&B artist K-Riz announces the release of his sophomore full-length album, Peace & Love, due out on September 24.

The record’s first single, “I Don’t Trust You,” was released on Friday, July 16. It’s a confrontation of an ex’s betrayal and deception that sets K-Riz’s melodic raps to an emotive R&B-pop bounce assisted by production from J. Deppisch and Grammy-nominated LordQuest.

“I always write music to be relatable, I believe that’s what good music is.”

Juggled into his wordplay, K-Riz recounts the good with the bad.

“I let her in my world, heart wear on my sleeve/Tryin’ to leave/So many ways I’ve contemplated/Now we in the sheets/Things get complicated,” he rhymes in “I don’t trust you,” illuminating the difficulty in letting go of a toxic relationship when you’re already emotionally invested.

“When you fall for someone, it’s hard to trust what your intuition may be telling you,” K-Riz said of the song.

“You miss the red flags. You want the person you’re with to be who you think they are, even if they’re someone completely different than what you set them up to be.”

When trust has been broken, that’s always going to be in the back of your mind explained K-Riz.

“If you can’t trust, you can’t fully love the one you’re with, even though you want to try.”

Originally set for release in early 2020, K-Riz put Peace & Love on hold once the pandemic hit, choosing to delay the project until the time was right.

If you can’t trust, you can’t fully love the one you’re with

Things then took a turn for the worse when the rapper was involved in a near-fatal car accident in the summer of 2020, an incident that inspired his EP The Room.

“The accident kind of just reinvigorated me,” said K-Riz. “I was ready to get back to it.”

That effort drew attention from major publications including Complex, Exclaim, CBC’s The Block, CBC’s The Strombo Show, and peaked at the #2 spot on Canadian college radio’s National Hip Hop Chart.

For the Edmonton artist, Peace and Love was a project that meant you know, self–love and inner peace.

With his upcoming release Peace & Love, K-Riz goes back in the narrative arc of his life, recounting how he found himself on the other side of heartbreak and a series of upheavals.

For the Edmonton artist, the project is all about inner peace and self-love. It reflects on a situation he was going through that he says was “pretty nasty.”

“I’m a very quiet person so I never really engaged publicly about this stuff,” said K-Riz. “I feel, artistically, people want to get the good stuff, when I’m feeling good or happy.”

While it’s not a true breakup album, the EP starts off gloomy and dark, eventually lightening up towards the end and leading into themes of self-discovery.

09. The View (‘Til the World Ends) feat. Janelle Martens and Bubby Lewis