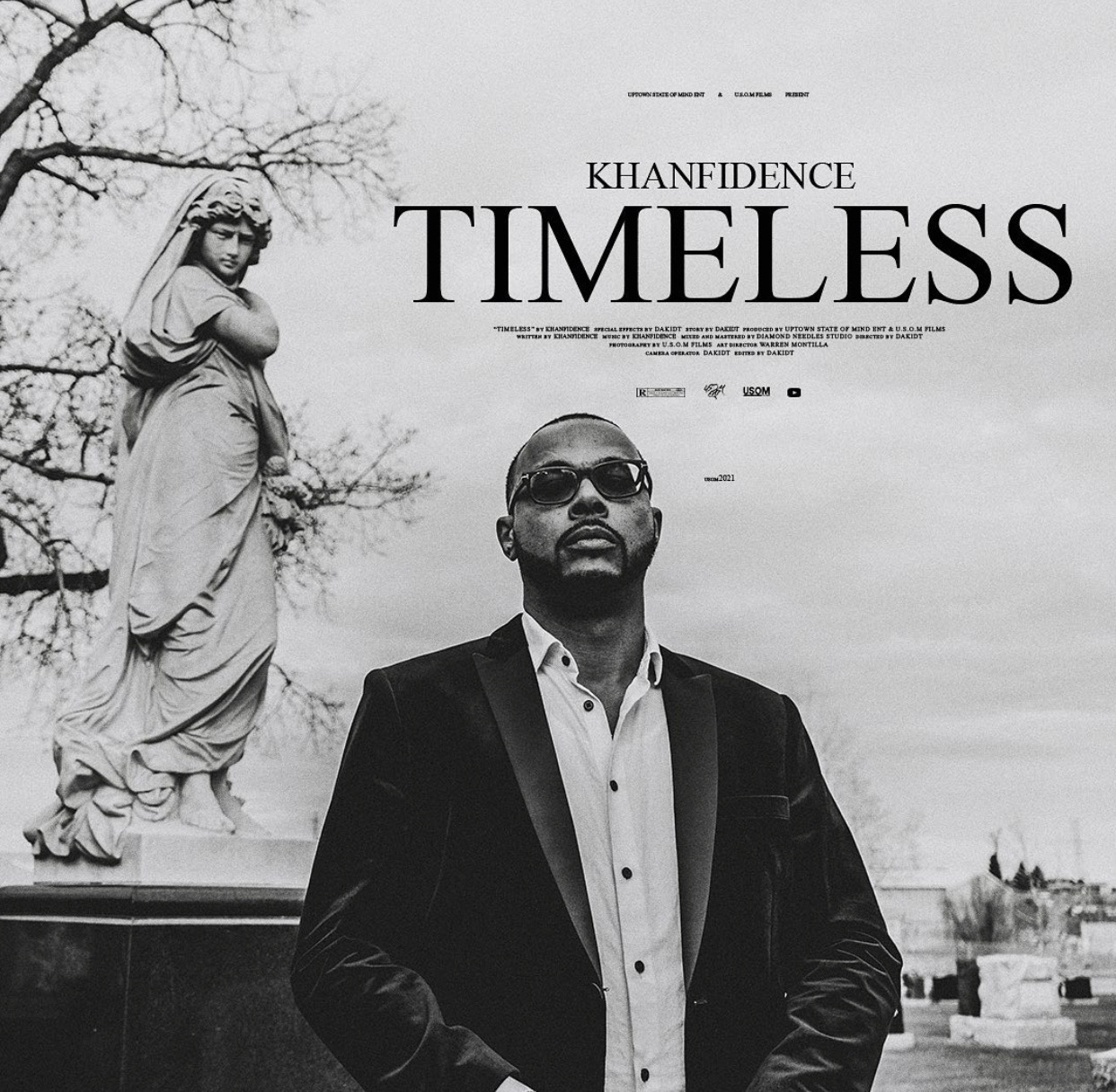 Local artist Khanfidence sets the stage to drop his latest single ‘Timeless”. Also known simply as Khan, this hip-hop artist will feature the video directed by DaKidT on the same day of his release. “Timeless” is a testament to the struggle, grit and dedication it takes to do what you love.

Born and raised in Calgary, the recording artist grew up in diverse surroundings, and the music he was exposed to wasn’t any different.

“I’m half black, half white,” said Khan. “I got a real mixed view, or a mixed dose, I should say, of music and culture.”

Hip-hop music and culture have always been given the short end of the stick in Calgary. Growing up, Khan noticed that it was hard for anyone who wasn’t going through the same lived experience he was going through to believe that it was even real.

“It was always viewed as like an imitation,” said Khanfidence.

“It was hard for them to believe that anything we were hearing or what we were creating was a true form of life.”

Khanfidence delivers his message through fast-paced rap bars over a melodic instrumental. The music drives his point home directly.

In order to get to where he is, Khan says he had to get through the hype, what it looked like and what people want you to be, and to move past the street cred.

A lot of younger artists, Khan says, don’t know the journey that’s ahead of them to reach that place.

“Timeless, in a lot of ways, is my expression of my own art and hopefully it’ll be an inspiration,” said Khan.

He hopes that it’ll serve as a reminder for the up-and-coming artists of the city you know as they take this journey that they have to want it, and not to give up.

Because of the constantly changing landscape of music, Khan has written songs that span over different phases and speak to different generations.

As someone with a mixed background, he says that it’s hard to classify himself with just one or two particular sounds. The music he will be releasing in the future speaks to that.

What hasn’t changed is his drive and passion to continue to do what he loves.

“I got different cultures that have influenced my life,” said Khan. “I’ve kind of accepted that I’m the black sheep of both and I’ll do what I want along the way.”