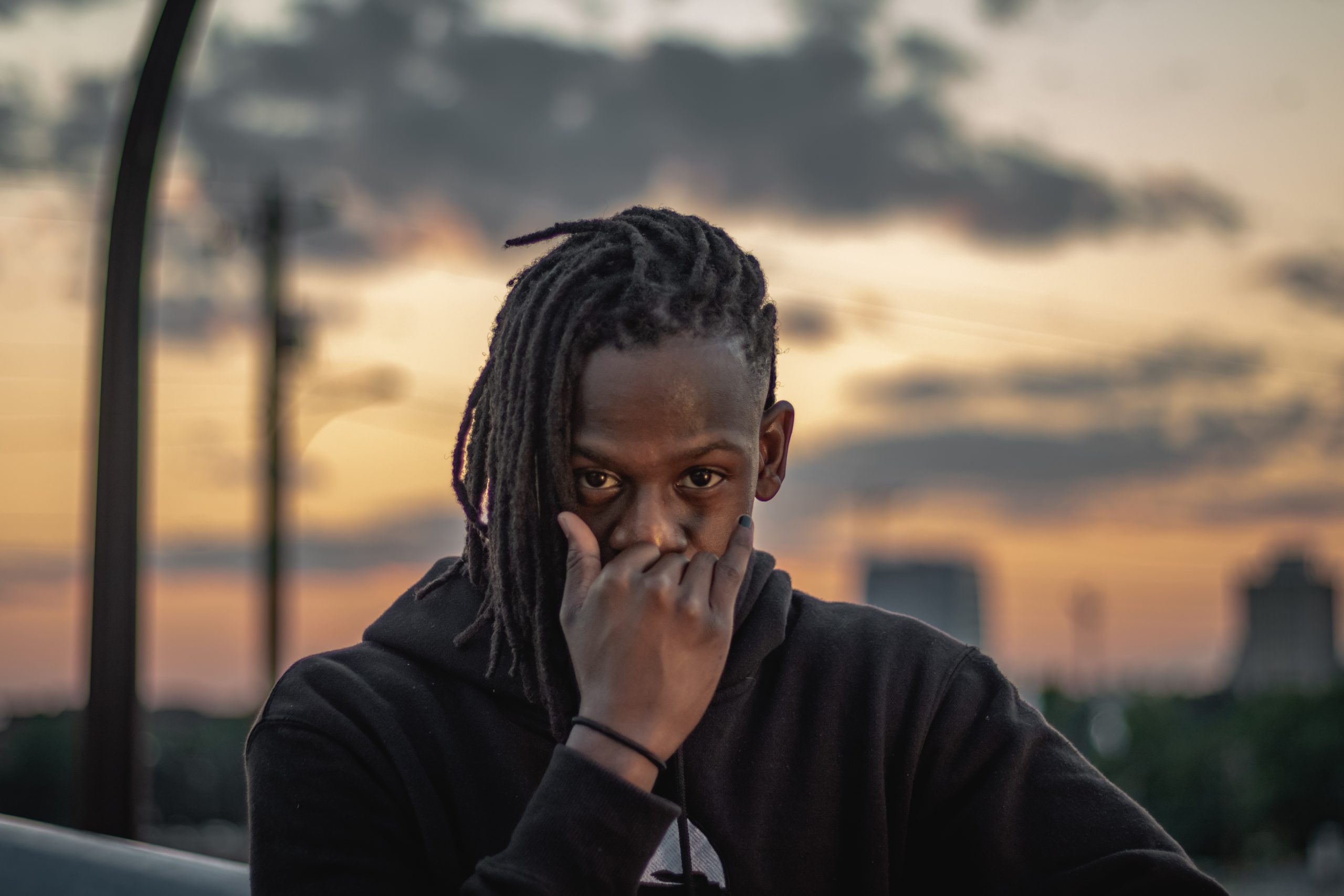 A Story of a Profound Storyteller

While the visuals were filmed and directed by Thirty3 Visuals, the single itself was produced by Konscious Productions with the credit of the album artwork going to Sho Uehara.

10 at 10 caught up with KTheChosen to ask some questions and find out more about “Nomad’s Tale Pt. 5 (Quarter Life Crisis).” Check out his responses and watch the video below:

Briefly introduce yourself and tell us who is KTheChosen is?

KTheChosen: I was born in Harare, Zimbabwe and came to Calgary as an international student to study at the Haskayne School of Business. I’ve been passionate about music since high school where I used to freestyle with my friends, rapping over beats they played by banging on our lockers. I’ve come a long way since then, having self-released several musical projects on digital streaming platforms and performed live at events. Essentially, KTheChosen is the creative persona with which I channel my thoughts on things I’ve experienced or observed. 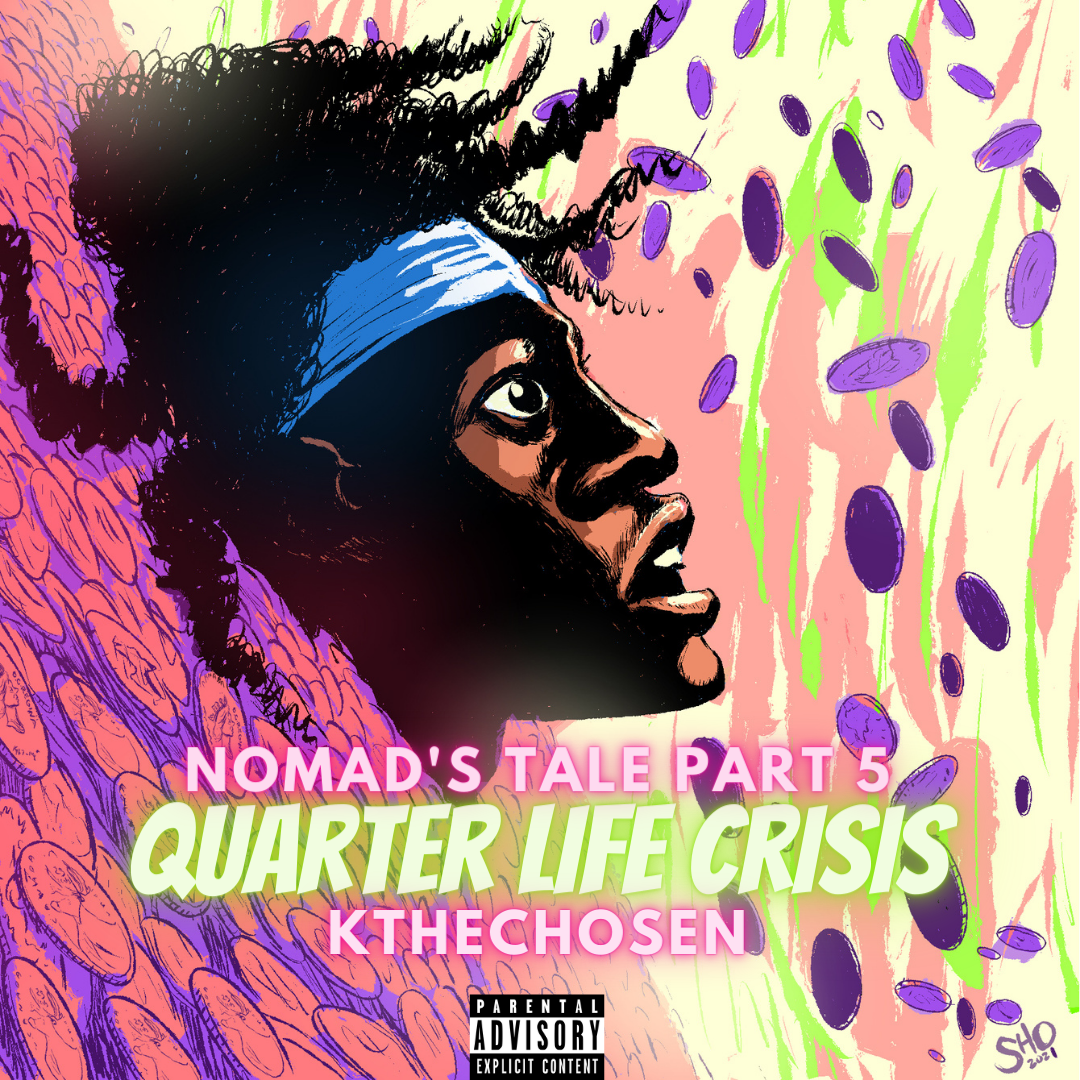 The “Nomad’s Tale” series started back in 2018  with the first three tracks of the series on your album Nomad’s Land. Then the story continued once more in 2020 on the album Jouska. Now in 2021, we are met with “Nomad’s Tale Pt. 5 (Quarter Life Crisis)”. Give us a background on the idea leading to all these singles of “Nomad’s Tale?

KTheChosen: My approach to music is always as a storyteller. It’s one thing to make a song that sounds good and is easy to dance to but it’s an even more exciting challenge to have someone connect with the lesson or tale you’re sharing in your music. Kendrick Lamar’s music is a great example of this and the most direct inspiration was his “The Heart” series. The songs were broken up into four parts (like the four chambers of the heart) and often preceded a major album release. It was such a cool way to keep his fans engaged in his music as the catalogue grew, as well as unite them by knowing about this bonus story happening outside of the mainstream releases. I decided to replicate the idea and treat each Nomad’s Tale as a time capsule for myself. Now I can come back to each song and reflect on where I was at the point in my life both musically and personally.

It may be obvious to ask, but please give us more insight behind the inspiration of “Nomad’s Tale Pt. 5 (Quarter Life Crisis)”? Perhaps even what you were doing when you were met with the idea?

KTheChosen: Haha so full disclosure, I wrote this song a year before it came out. I was 24 dreading my 25th birthday because I felt I wasn’t where I wanted to be in life. I was still in school doing my fifth year of my degree despite it being a four-year program. I was unemployed during a pandemic and I hadn’t felt inspired to make new music in months. I tapped into that fear and decided to be honest with myself about why it scared me so much and the song ended up writing itself. Expressing the concerns out loud helped me get through the mental fog I was feeling, and now 25 has been one of the most successful and enjoyable years of my life…so far.

KTheChosen: I came up with the concept through my love for comic books. I ran the idea by Thirty3 Visuals who then filmed and directed the video. It is based on a comic book storyline known as “Spiderman No More”. Peter Parker struggles to balance his personal life with his responsibilities as a superhero and decides to quit being Spiderman. As an artist, KTheChosen feels the same struggle shown in his initial excitement about writing songs at the beginning of the video and then descends into frustration during the second verse. Although the final verse is more hopeful, he still removes his “costume” at the end of the video which reflects the iconic image of Spiderman’s suit in the trash in the comic book and in the movie, Spider-Man 2.

What do you hope listeners will draw from both listening and viewing “Nomad’s Tale Pt. 5 (Quarter Life Crisis)”?

KTheChosen: I hope listeners who are or have been through a moment of doubt in their life realize that it’s a completely normal part of the process and that the lows don’t last forever. We sometimes have to confront our fears head-on to know what it is we really want in life and begin to make the moves to achieve our goals.

We noticed you advertised more music is dropping in the fall. Can you spill any secrets? Are we expecting a single, EP or Album? And can you leak the name?

KTheChosen: Haha so I won’t give away more than what the video already teased, but I can confirm that +Vice is the name of my next full-length project and it will be available for streaming this Fall. For more details, you’ll just have to keep watching my social media for more hints to be released…

KTheChosen: Haha I don’t know if you’ll believe me or not, but I actually have no idea. I only add to the “Nomad’s Tale” when something fairly significant but relatable happens in my life so it’s never planned. I actually thought the first three on Nomad’s Land would be the only songs in the series until part 4 and 5 happened organically. I will say though, I’d prefer for the series to stay within odd numbers (I just like odd numbers lol) so if there were a part 6, I would have to make a part 7!

Alright, I like to play this fun little game. Now my idea of fun is very limited, but in just one singular statement about anything, what advice would you give your listeners?

KTheChosen: Always measure your progress/growth by comparing your present self to your past self, not to anyone else.