Meet Justine Tyrell — someone to know

“Creative; disorganized; coffee addict; insomniac—she don’t sleep,” these are all words Calgarian R&B singer-songwriter Justine Tryrell used to describe herself. With a voice embodied with a sultry conviction, Tyrell stands out as an artist to look out for.

According to Tyrell, her journey into her artistry began, “Very, very early on.” While kids her age were writing in diaries, seven-year-old Tyrell journalled, leading into her experience as a songwriter. “I felt [writing] just felt like home; it felt like it was the one thing that I could really do with my full heart.” Though she casually admits, she was once pegged with stage fright, afraid of how listeners would receive her once initially learning she could sing. Later at age 19, she’d gained enough confidence to start booking shows and performing at gigs around Calgary. “I really started to settle into myself as an artist,” she affirms. She’s since now released her first EP, “While You Were Sleeping” on April 23, 2021. 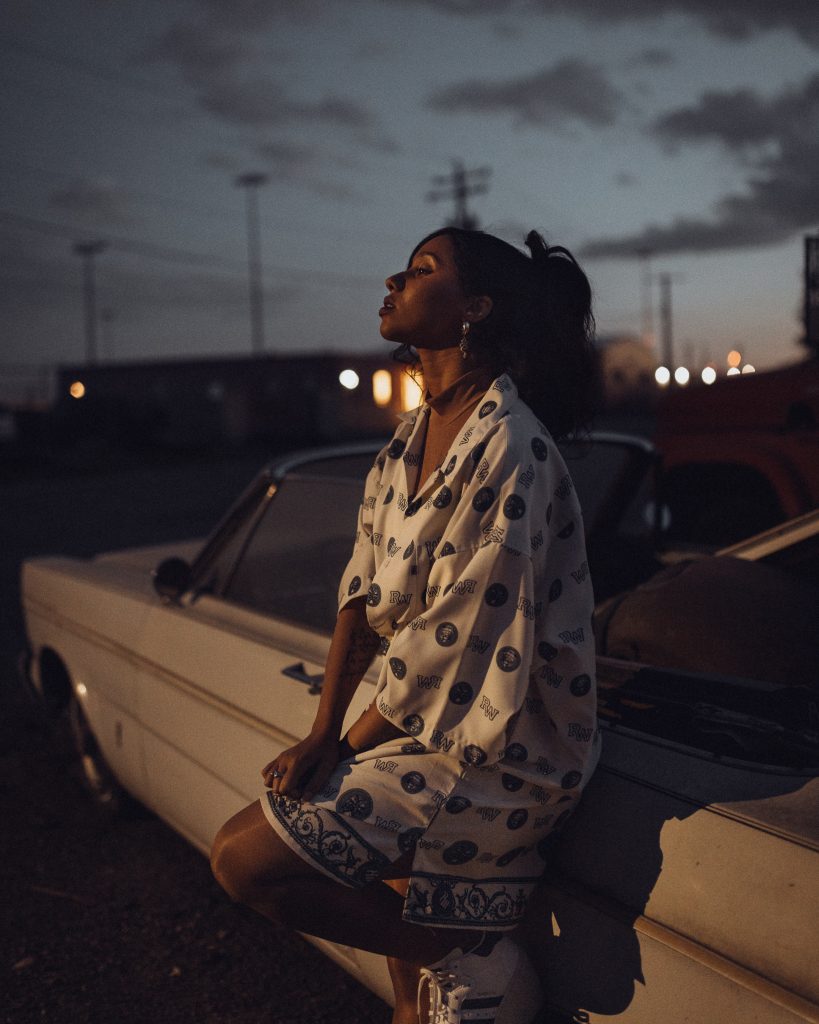 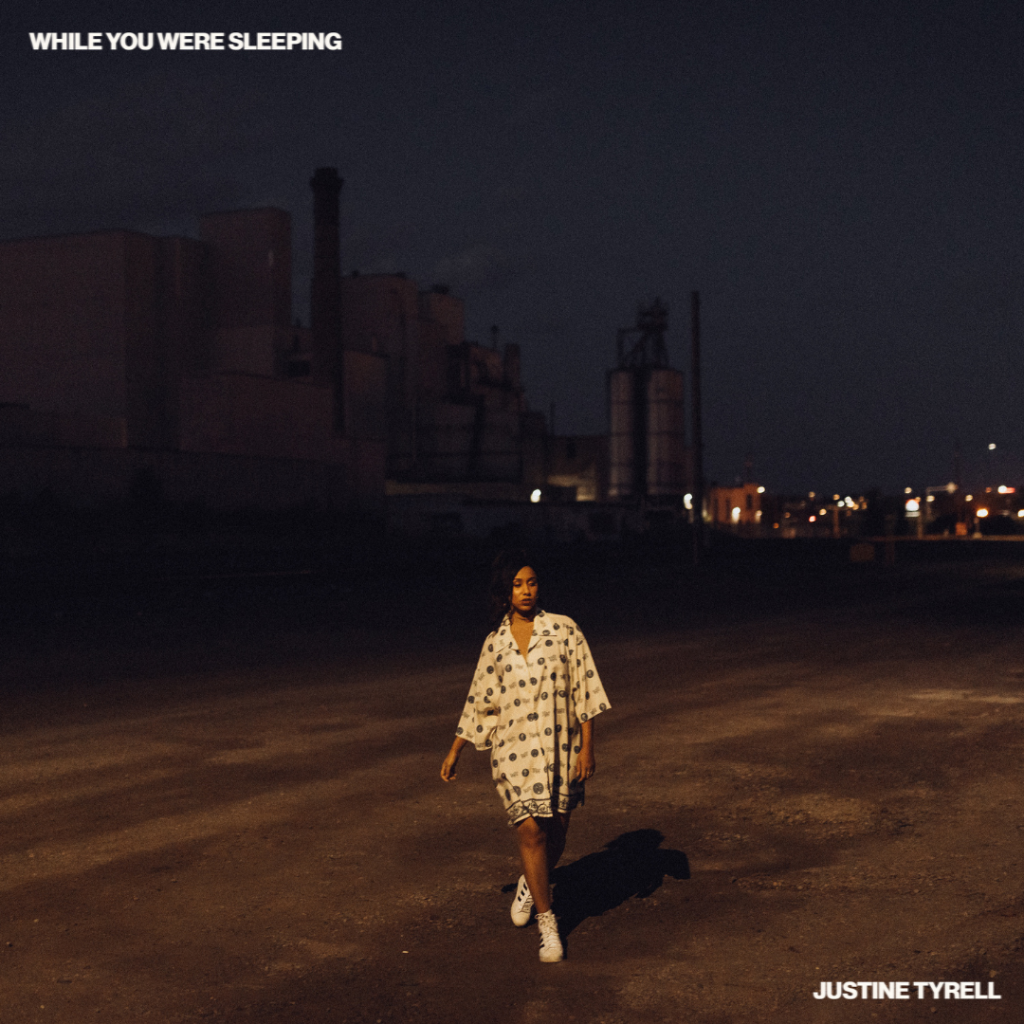 The name of the EP “While You Were Sleeping“, holds a dual meaning to it. On one part, gaining the realization, then the resilience to leave a toxic relationship defines the name’s significates. The undertone speaks to one not realizing they have a good partner beside them essentially, “sleeping on them,” says Tyrell. On the other hand, the name clearly defines the time when the EP was composed. “I’ve always felt like that person that just exists at night,” she proclaims. A lot of her songs were written, then produced between the hours of 10 p.m., and past 4 a.m. on some nights. “When the world goes to sleep, you’ll see my lights still on.”

The cycle of production included writing the song, cutting the song, then releasing the song, and doing it once over until each song was complete. As a perfectionist, she says, “If I sit with it for too long, I’m like, not good enough. And then I don’t want to believe it.”

“So part of how we approached this album was like, we won’t even give ourselves time to second guess. Let’s just create what comes out naturally and push it out quickly, and move on to the next day. I evolved a lot this last year that I just didn’t want to sit on anything too long.” 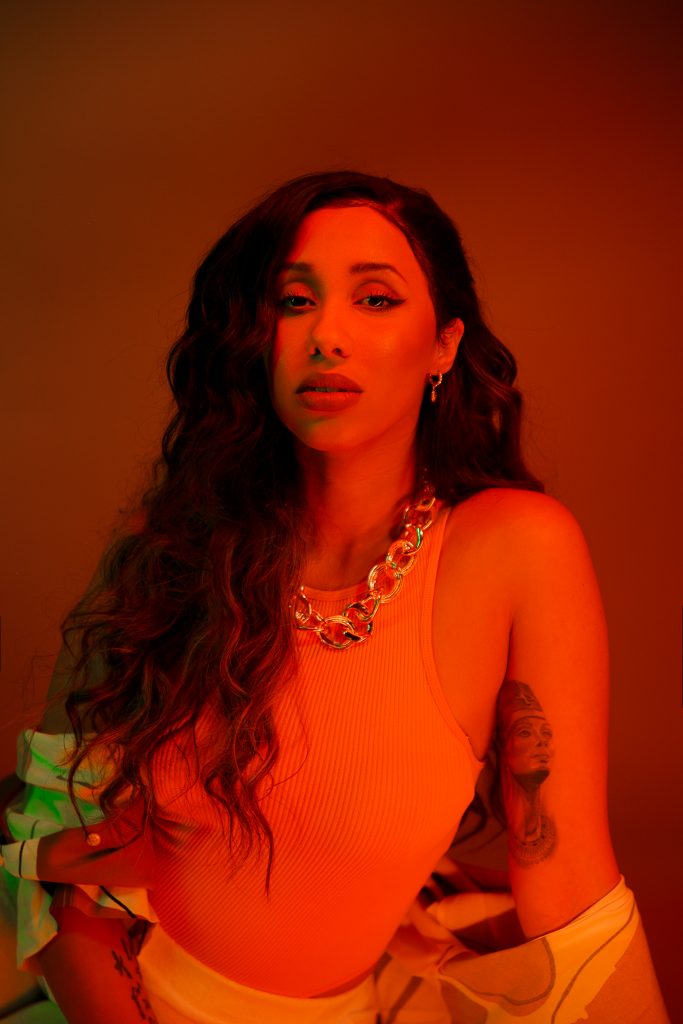 The EP holds a powerful ballad of growth, self-worth and authenticity. Though for her, the song which resonates the most is “War”. “That song felt almost kind of therapeutic when I was writing it—it all comes from an element of my own experience of perspective,” she says. “And I love, love, love how dark the production feels,” she continues.

Tyrell and producers Matthew Zoeteman and Timothonious, had a vision of fine-tuning the overall sound to capture the time in which the writing was inspired. “The production almost felt like an isolated vibe because at that time, I was writing from the perspective of being in a relationship where I felt very isolated—I felt a lot of tension,” she openly confesses.

With the song “Warning Signs”, Tyrell is inspired as a note-to-self to engage in her intuition. She retells “dating nightmare stories”, reciting meeting up with a friend from a different city. Later, both discovering they were dating the same individual who worked, then lived in a combination of both their cities. But had she trusted her gut every time he would travel following the warning signs to “Run”, her song might bare differently.

When asked to give a final statement to her audience she exclaims, “Let the perfectionist die,” citing the paralyzing effect of trying to reach perfection.

With an inspiring message and a story to tell, “While You Were Sleeping” will awake senses of enlightenment. The EP can be streamed across all major platforms including Apple Music, Spotify and YouTube.