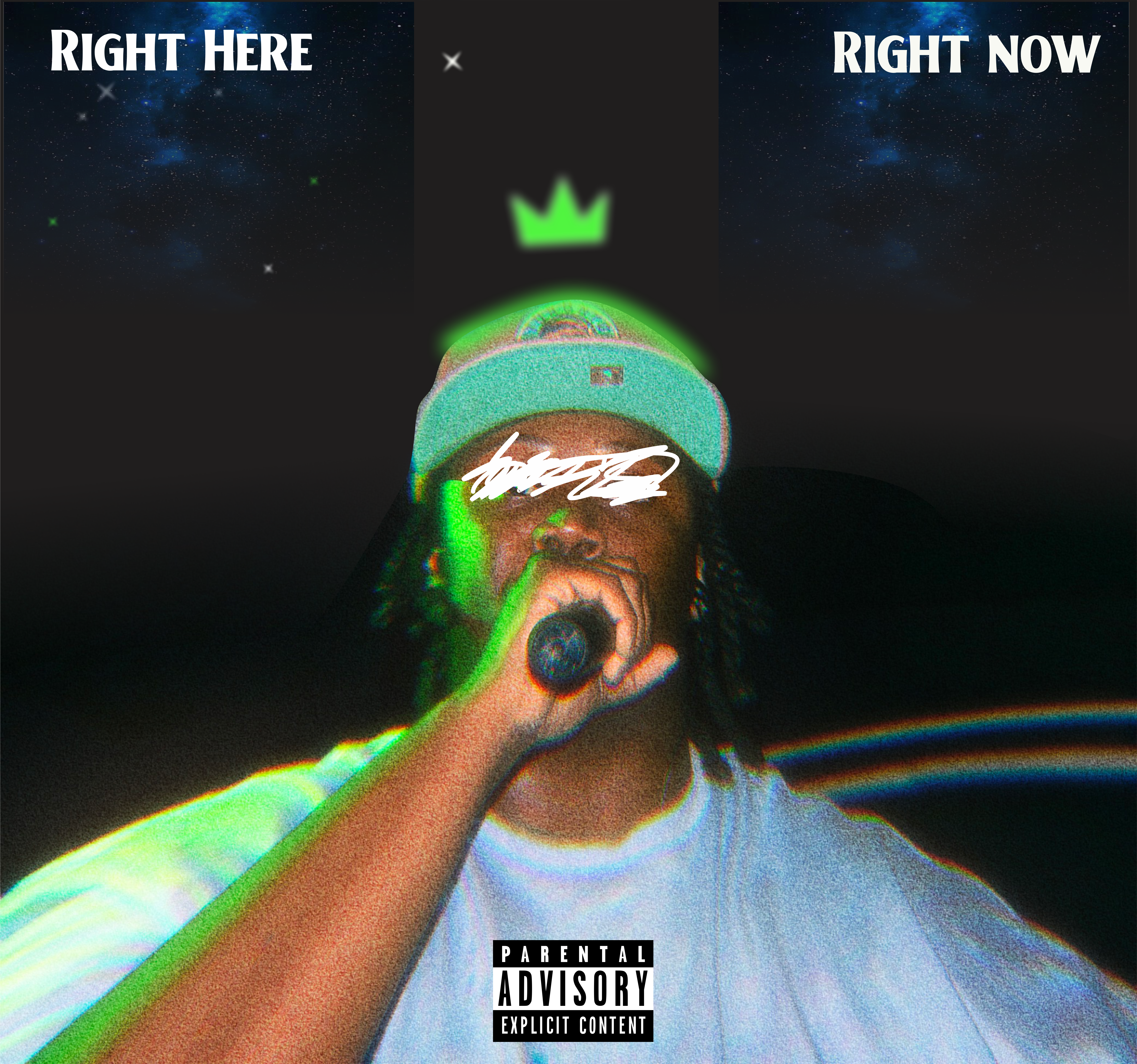 THE EMERGENCE OF DIZZY WALKA

From countless performances in Calgary and several enticing hit singles like his 2021 release “Chase” and this year’s “Aftermath“. Calgary-based rapper Dizzy Walka reveals his inner passions, feelings and evolution of his life in his second professional studio project “Right Here, Right Now“.

By dedicating his time to focusing on his craft, Dizzy Walka has made himself into an aura of vitality. Undeniably becoming a vibrant artist that commits high levels of effort into his music constantly. To such a degree, that some of his fans call him the ‘Hook Prince’ of Calgary. Now in 2022, the young rapper aims to take his fan base to new heights with “Right Here, Right Now“. A seven track project that Dizzy states is “A story that is eight years worth of trials & tribulations on this road.”

Explaining even further the young artist goes on to say, “This EP is the result of the year I’ve had and all the accolades I’ve accumulated and milestones I’ve reached. A project that tries to fully capture the moment, hence the title ‘Right Here, Right Now’.” And with his project now released and Dizzy’s electrifying aura on stage gaining more and more traction, it seems the rapper is undoubtedly ready to take his position in the spotlight.

The intro track “Right Now” has Dizzy reflect on how far he’s journeyed. Detailing a few of the scenarios he has experienced within his life currently and how each one has altered his perspectives. Additionally, the first track also sets the tone for the rest of the project with an ear-catching hook and a great bass heavy instrumental. Letting his listeners understand a small part of his signature style from the very beginning.

Following that is “Free Spirit” which has the young rapper divulge into his past and reminisce some of the personal situations he grew up in. Specifically, it touches on his origins and what made him evolve into who he is today. When discussing the vulnerability of himself on the project and how he wants it to be viewed, Dizzy expressed “I want my experiences, my battles and my hardships to inspire others to embrace their life battles and struggles. And to not be discouraged by some of life’s biggest blows.”

Thirdly is “At Last“, an ode to the individuals that may have doubted the young artist while he’s been working to better his craft and expertise in music. It showcases Dizzy addressing his listeners in a bold, yet passive manner, talking about the path he’s been placed upon.  And how success for him was only a matter of time.

The fourth track is “Got Next” which immediately serves as one of the highlight songs for the project. It has Dizzy speak about some of his objectives while navigating the rap scene and deliver his take on why he’s the next upcoming hit artist. The track brings an intriguing melody and an engaging hook that draws you in from the very second it starts.

Afterwards on the project is “Mo Money” a lesser energetic track. Having the young artist open up about some of the struggles he has gone through in the midst of making music. When discussing the influence for such an emotion-filled project, Dizzy described it as “I drew great inspiration from the likes of Drake, Roddy Ricch, Gunna, Travis Scott and Rod Wave. The songs on this project appeal to a larger audience as I have a balance of songs with autotune and experiencing with melodies. Whilst in other songs I have only my natural voice. I incorporate pain & trauma lyrics and deliver them on modern day Hip-Hop, trap & trap-soul beats.”

The sixth song is “Anticipation” what acts as testament once again to the lifestyle that Dizzy has lived through. It details more of the ups and down he’s encountered. Truly encapsulating the listener’s with raw feelings and passion towards some of the harshest times of life. Following the theme of self-reflection and growth that the rapper has consistently referenced throughout the project’s duration.

Following lastly is “Dear Beloved“. A heartfelt note to Dizzy’s fans, friends, and family. It has him summarize his current position in life and take the audience on a journey into his mind.  On the song itself, Dizzy mentions some of the darkest moments in his life, revealing a vulnerable side to the rapper, closing the project on an incredibly personal note.

In regard to how the rapper wanted his EP to be perceived, Dizzy said “After having listened to the project, I want the listener to pick their head up. Keep their head high, and to keep on striving. I want the listener to find their crown in this project.” Dizzy also teased the release of his first ever music video debuting this winter featuring a song off the EP as well.

“Right Here, Right Now” debuts as a confident and conscious stepping stone in Dizzy Walka‘s discography. Covering stages of grief, examining life choices and creating a true piece of music. Regardless of the experimental methods that Dizzy says were utilized on the project, it impacts the listener in a multitude of ways. Certainly reintroducing the rapper as a unique and authentic artist that pours pure energy into his creations and craft.