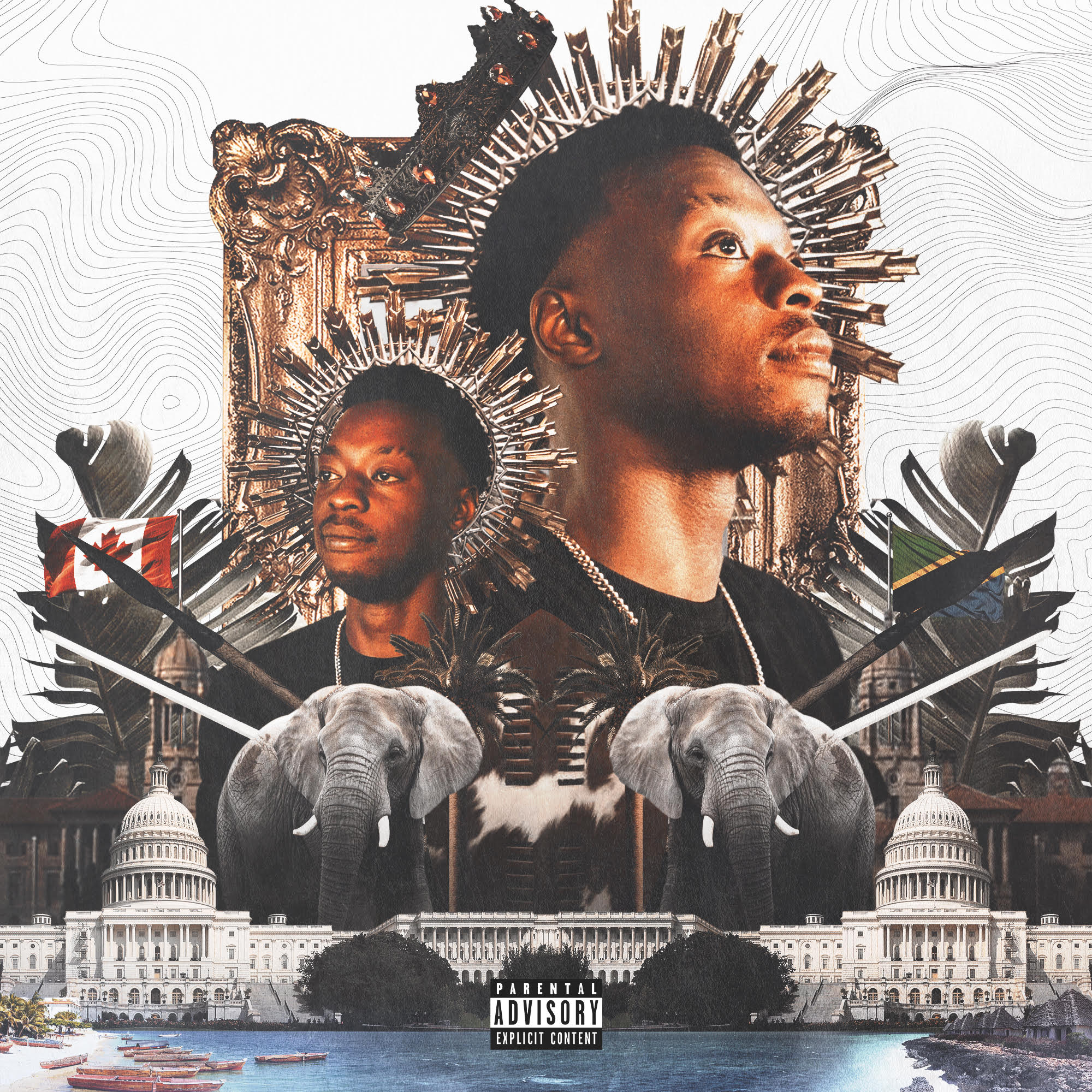 Erick Rush was born in Dar es Salaam in 1990 and immediately began a life of travelling. From Tanzania, then immigrating to the U.S and eventually settling in Edmonton, Canada.

One of his first accolades was becoming a Top 5 finalist on the first season of VUZU AMP’s “The Hustle“. Creating an impression on African hip-hop fans. Through his Early co-signs from Wyclef Jean to his show-stealing features with Nasty C, Erick Rush continued to evolve his brand globally all the while pushing his own artistic limits.

His discography truly grew upon his return to Edmonton in 2019, when he immediately dropped his second album”The Heist”. Now in 2021, returning with a narrative of his life with his third studio album “Culture Shock: An Immigration Story”.

Next, you have spoken word poetry delivering an intimate vibe in “BROKEN TONGUE“. Then elevating the energy with the three track run of “PLAYGROUND“, “BOOTED UP” and “SINCE 98“.

“LOCKDOWN” has Erick discuss several tribulations he encounters throughout his life while also depicting his own morals and beliefs.

“STAY” and “PIANO VIBE” provide that dance floor music you look forward to hearing in any club. While “TIP TOE” and “KEEPER” have the rapper come with more melodic flows and laidback verses.

“STAY STILL” brings back the in-depth, spoken word style from the second track, creating a euphoria of strength to fill within you. Then “MOVES” and “HARDWAY” have Erick come with a more edgy, aggressive rap style.

“LATELY” crafts a more serious tone, having Erick talk about his mental health.

The final four tracks each portray their own strengths with the personal essence of “PRAYERS” followed by the slow jam influenced “IRIE“. Next up are quick words of “ILLUSIVE“, which includes a voicemail from Wyclef Jean praising Erick and his ethics.

The bonus outro “MASK ON”  finalizes the experience by being a compilation of heavy-hitting bars to conclude the album.

“Culture Shock: An Immigration Story” has a little bit of everything for everybody, whilst still being a personal journey to ride along with the rapper detailing feats of solitude, effort and many obstacles.

With many features during the duration, as well as from Sai Bar, Yashna, Mouraine and more artists from around the world, it showcases the rapper isn’t afraid to collaborate and grow.

Erick Rush continues to solidify his status as a hard-working artist with skills that evolve over time. With his latest work now unveiled, all eyes are on the Edmonton rapper to see what he comes up with next.