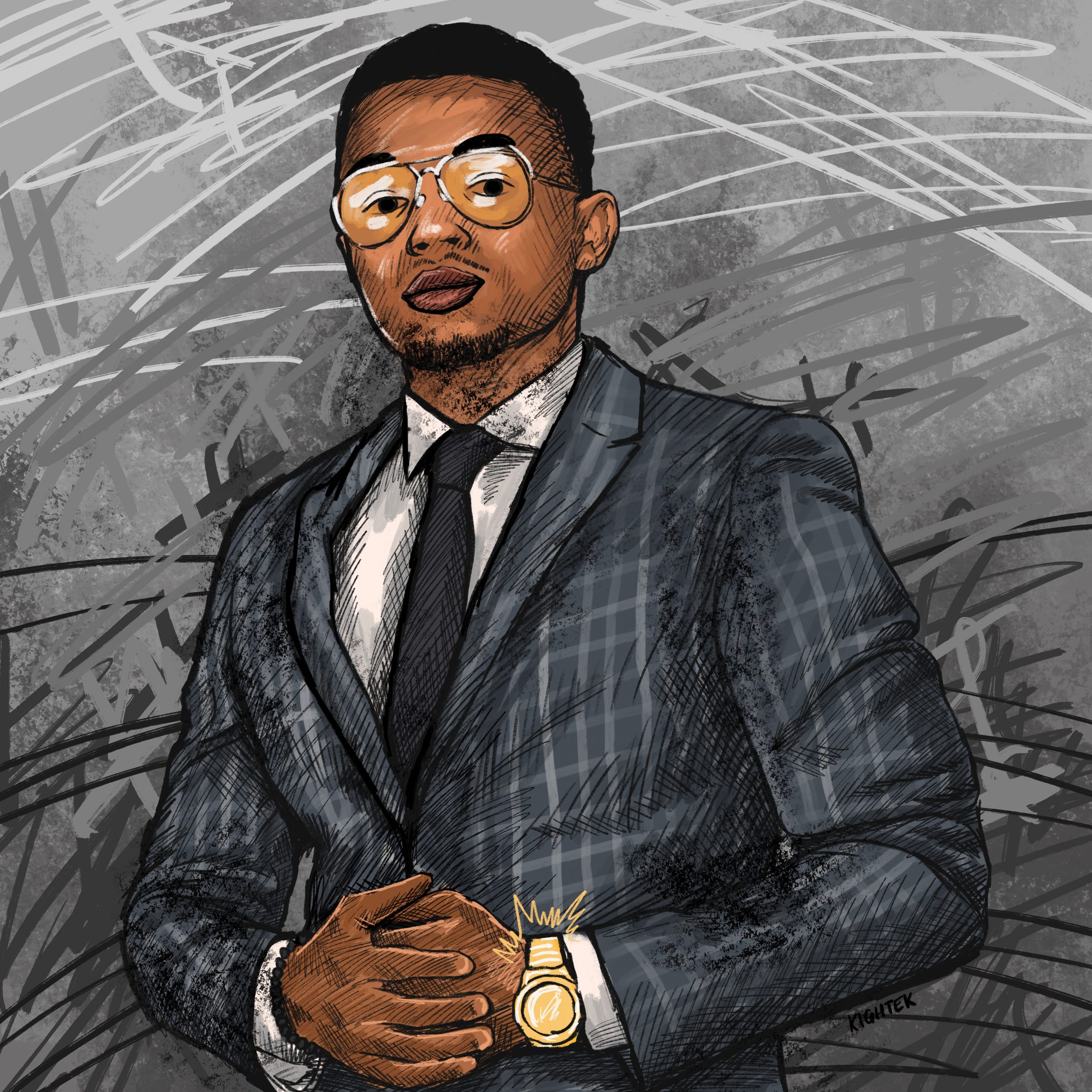 The Rise Of RTC Profit

In this day and age of synthesizers and trap beats, classic rap styles have become more scarce within the music community. A few individuals consider it to be a transition to a new sound, however many young artists strive to bring their own unique take to modern-day rapping methods. One artist that prides himself in proving his talents with these methods is RTC Profit. Born in Calgary, Canada, hip-hop artist RTC Profit exhibits consistent, flashy wordplay and expert delivery on his tracks. Prioritizing quality production and explosive lyricism with each music release.

Now in 2022, Profit has released his long-awaited album “Persona Non Grata“. Covering a wide selection of topics and presenting 14 tracks, with each song provoking a different reaction. The project also features two additional artists, firstly being Zaire Ink, a Calgary based artist from Montreal, Quebec, Canada originally. And Vic Spencer, a Chicago, USA, based rapper who has collaborated with artists such as Vic Mensa and Chance The Rapper.

With hard-work ethic and strong determination, it seems Profit yearns to prove his penmanship with each release. The Canadian rapper states one of his objectives is to utilize wordplay, loose narratives, and a potent delivery to provoke thought and inspire. Continuing on by further saying, “Self-reflection and motivation are central themes in my music, which mirrors my reality. My creative approach is to initiate conversation on topics which might be familiar, from a unique perspective. I would like to think of my music as motivational and uplifting. Contemporary hip-hop that offers a nod to the past.”

What could you say helped draw inspiration for this project?

This project, Persona Non Grata, was created over the course of the last year. It was definitely a reflection of my perspectives based on my experiences throughout the year. My initial intention was to put together a 5 track EP, but through the writing and recording process, I realized that the full intention behind the title would not be fully communicated in just 5 songs. The past year was filled with many gains and losses, triumph and tragedy. However, I’m the type of person that always aims to focus on the positive aspects.  At some points during the creation of this project, there were certain books and TV series I resonated with, which sparked some ideas in the writing process. One, in particular, was the show Godfather of Harlem, based on the life of Ellsworth ‘Bumpy’ Johnson. A key figure in the series was the distinguished Malik El-Shabazz, better known as Malcolm X. And I was motivated to re-visit his autobiography, which I had read years ago in middle school. Both Bumpy Johnson and Malcolm X could be characterized as “Persona Non Grata” at many points in their lives. Their buttoned up appearances were the inspiration behind the project cover. Other books I found insightful and galvanizing during the creation were The Book of Five Rings, The Prince, Hebrews to Negroes, and The Cepher.

Were there any obstacles you found appeared throughout the creation?

Initially the aim was to release Persona Non Grata at the end of 2021 and release a music video every month over the course of the year. Unfortunately, my videographer contracted COVID about halfway through the year, so we had to re-evaluate those plans. I was also hospitalized in November after sustaining a head injury and was in a medically induced coma for a short period of time. Nevertheless, we both were able to recover from these setbacks and push forward.

The introduction track “GENESIS” displays a healthy mix of compassionate bars and introspective story-telling. It also features Calgary based artist Zaire Ink, having both rappers detailing feats of mental strength and ideals, over a smooth instrumental and harmonious production.

The third track off the album, “COLD GAME” has Profit discuss various personal trial and tribulations. Revealing some of his inner thoughts of struggling with topics of poverty, pressure and powering through adversity. The music video alone has amassed over 6,000 views since its exclusive release on YouTube in August 2021.

“HOW DAT GO” is the seventh track off the album, showcasing a more laid back melody from the rapper. With quick-witted flows in tow and an ear-catching hook, the song stands alone as a change-up from his usual approach. “DOUBLE UP” is the eighth track off the project, featuring Chicago based rapper Vic Spencer. It has the pair go back to back, detailing schemes of making money and conversing about being able to succeed off of minimal effort due to their elevated skill.

“THE LAST DANCE” is the last song before the outro, and it truly captivates the very essence of the young Canadian rapper. Bringing extreme forms of wordplay with intense deliveries and boasting outstanding production. Each verse is carefully crafted to have you on the edge of your seat during the duration of the track. The title is also an ode to the 2020 documentary The Last Dance. The docuseries gives an account of Michael Jordan‘s career and the Chicago Bulls, using never-before aired footage from the final season with the team.

“BALANCE” is the outro of the album. It has Profit declare his position on his beliefs and several issues that plague him today. Depicting a more serious tone throughout the track, with fierce drums and background vocals that create a vivid experience to end the project. Check out the entirety of “Persona Non Grata” below or on any major music streaming platforms now.

The Ending Of The Beginning

“Persona Non Grata” essentially means ‘The Unwelcome Ones’. Many individuals face challenges that force you to not only adapt and overcome, but become incredibly strict within your morals. Profit quotes that, “Persona Non Grata essentially means ‘The Unwelcome Ones’. What makes someone unwelcome? It can be morals they stand on or statements they have made etc. I know many people have felt like outsiders at times, particularly In this age of ‘cancel culture’, where an individual’s livelihood can be taken away due to differences of viewpoint or errors in judgment. As I pointed out earlier, an individual such as Malcolm X, even when deemed to be Persona Non Grata, stood on his principles and maintained his voice and his position of leadership.”

With consistent releases and engaging music videos, the rapper shows high promise of evolving his sound farther. Cementing himself as a top tier upcoming lyricist. Yet also establishing himself as an uplifting, strong-willed artist determined to conquer what ever obstacles may be standing in his way.

Did you enjoy this article? Check out more album releases and artist profiles here! https://10at10.ca/category/music/reviews/