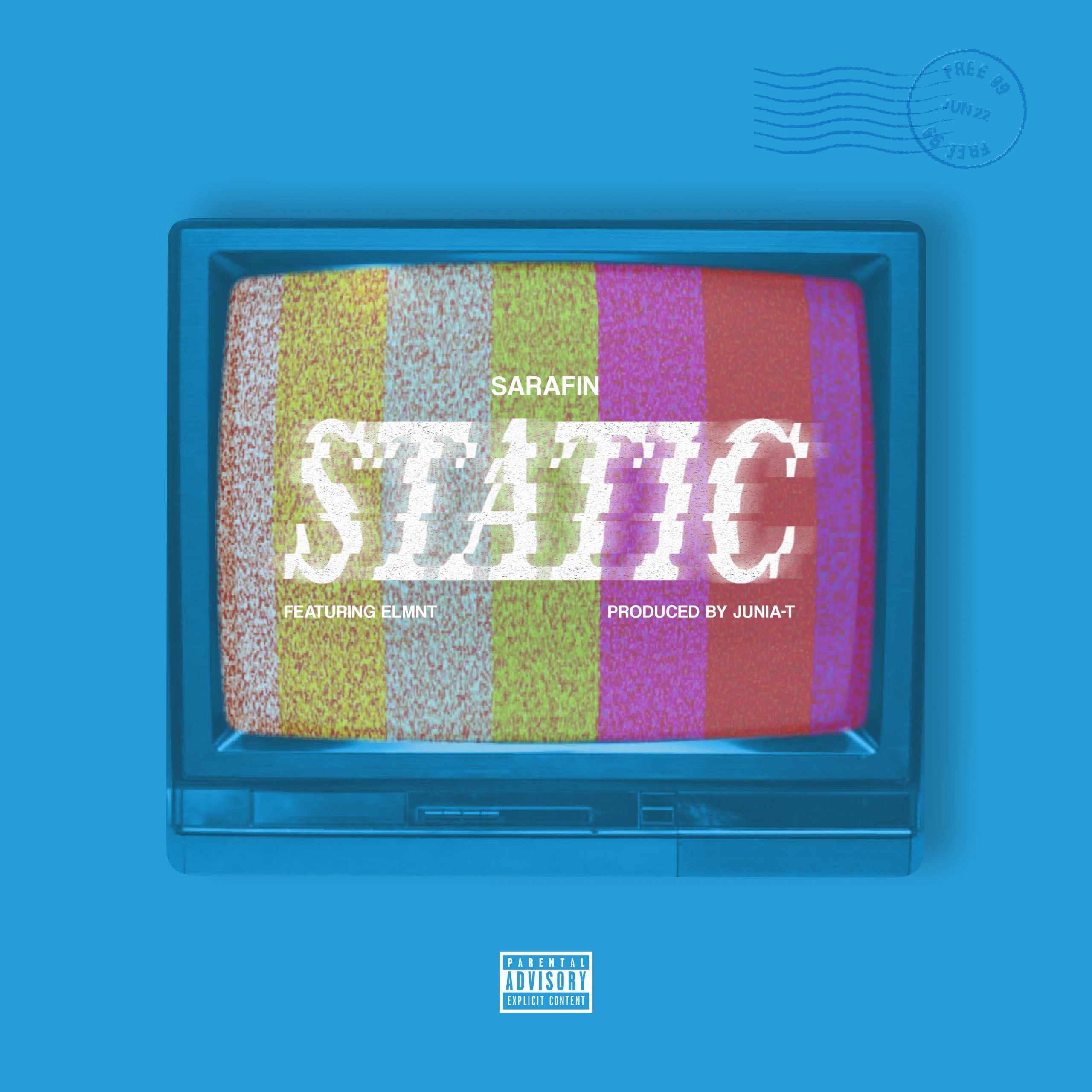 Sarafin & ELMNT Pair Up For “STATIC”

Creating rap has been an effortless and endless task for Calgary raised artist Sarafin. And with his latest release “Static” featuring his fellow label mate ELMNT, the duo prove their skills once again.

With their last collaboration being “Kick Rocks” where in that track, Sarafin was the primary artist and ELMNT produced the instrumental. Now in the track “Static” Sarafin and ELMNT both come to the center stage, delivering unique takes on life and open-minded approaches to growing up. In addition to the smooth vocals, the production is handled by Junia-T. A rapper/producer originally from Toronto, Canada, and currently performing as the DJ for Juno award-winning Canadian artist, Jessie Reyez.

After 15 years of creating music, Sarafin continues to surpass his limits, with each release demonstrating creativity. And with no intention of slowing down, fans of the young Calgarian artist can expect to see more music soon.

How did the creation of the instrumental come about?

When you are in a session with Junes, you spend the first bit vibing out, maybe roll one and just tap into the energy of the room. We go off that. Junia-T was in town for electronic music week, and we knew each other from my time in Toronto. We linked up at the Wizard palace and just chopped it up. The next day we were invited to the 10 at 10 studio to work. Junia started with a key line and added some saucy drums right around that time I began freestyling. All my songs are created from freestyling or top lining to find an organic approach. Right around that time, Calgary producer J.Grooves popped in to add the smoothest guitar playing which complimented Junia’s production.

Did you find yourself struggling with the subject matter of the song?

The subject matter for this song was solely inspired directly by my life journey. I had the hook and verse down in about an hour. Once I had that, I just used my perspective and experience to guide me. Working with Junia-T is special,  and I hold these opportunities highly.  Creatively, as a producer, he finds a way to give the artist their moment. As Junia would say, like capturing energy in a bottle, I knew this was my moment.

How did the collaboration with ELMNT happen? Was Junia-T always in talks to handle production on the track?

This track happened spontaneously when Junia visited back in 2019 for the electronic music conference. Static wouldn’t be static without either of these dudes. We had a session booked at the 10 at 10 studio, and invited a bunch of artists. I was working on this track and my way to pay homage to the family that was there for me when Masters of Ceremony parted, was to bring it all back full circle. ELMNT, Junes and I have a brotherhood that stems beyond music, and our relationship for me personally has helped me stay focused and confident in the moves I make. With an empty verse, I sent it off to EL, my way of saying this record ain’t it without you. He tracked his vocals in Montreal, Junes mixed it, and we sent it for mastering at Trillium sound.

What Lies Ahead For Sarafin

Utilizing expert techniques when making music has become a typical studio session for Sarafin. Being able to use raw emotions and feelings to create the foundation of his songs, then acquiring skills from collaborations to excel the song itself. Which is especially seen in “Static” as the young artist provides a backdrop to comfortably bare out not only his own qualities but his personal talent as well.

If you haven’t listened to “Static” yet, check it out on all major streaming platforms now. Also, if you would like to check out more of Sarafin, check out this article about his previous single, “Kick Rocks”. https://10at10.ca/music/new-music-releases/sarafin-takes-a-stand-with-kick-rocks/