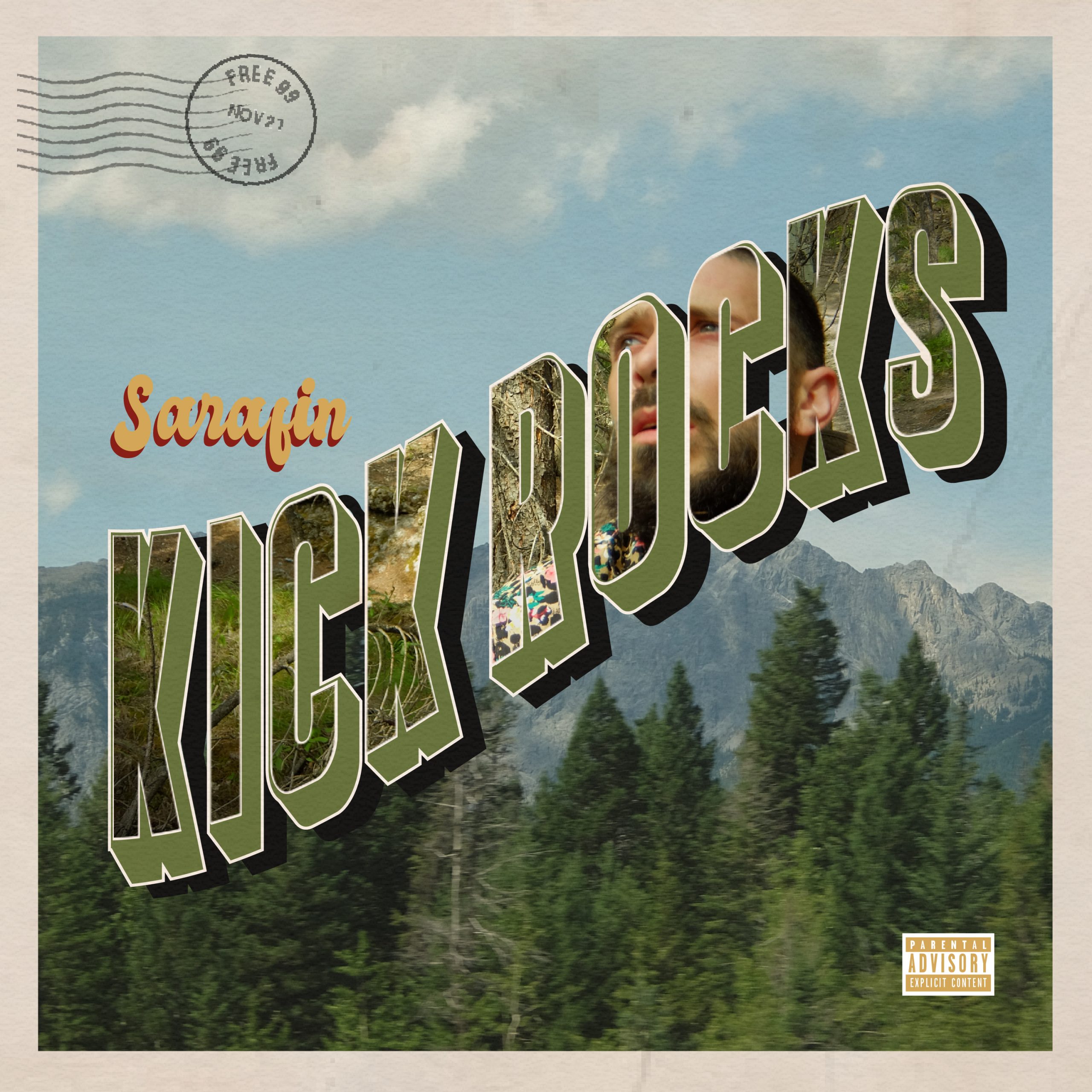 Get To Know Sarafin

Born and raised in Calgary Alberta, rapper and producer, Sarafin began making music at 15 under the moniker “Abstrakt”. In 2018 he released a music video titled ‘Know About Me‘ which subtly told fans of his name change. Now going by Sarafin entirely, the artist depicts a conscious, quick-witted, soulful yet hard-edged style.

His latest release, “Kick Rocks” demonstrates just that. Giving an intense delivery of rhymes and passion meddled with a peaceful melody composed by ELMNT. The producer of “Kick Rocks” and founder of FREE.99 Recordings based out of Montreal, Canada.

The laid back essence you receive from this track truly serves you up a slice of serenity mixed with tenacity. Having Sarafin deliver a handful of earnest lyrics aimed at his doubters and enemies with one of the opening lines stating ” Show me love or kick rocks.”

How would you describe your music to people that haven’t heard of you before?

I strive to make my music serve as a tool of support for anyone going through something that they feel is impossible or difficult.

Did creating Kick Rocks force you out of your comfort zone? And if so, what challenges did you face?

Honestly, no, the creation of Kick rocks came naturally. ELMNT, the producer of Kick Rocks was visiting Calgary for the first time. I woke up one morning to him producing this record and I poured myself some coffee and got to writing. The hook came from me free styling and landing on something catchy like ” show me love or kick rocks”, from there we developed the verses around the main idea.

What influenced you to create a song like this?

Over 15 years of creating music, I’ve encountered many people who had ulterior motives or lack proper communication. Kick Rocks was me setting that boundary. If there’s a lack of mutual support for what we’re doing, keep it moving. “Pull up to your worth and you seem vulnerable and in jeopardy. Following those footsteps like Knowbody’s ever sent for me.”

I left Calgary at 19 years old to start fresh. Being naive I found myself learning fast and growing up quickly. Not having anyone in proximity to me that I admired. Continuing that hard work, I eventually moved to Toronto where I levelled up, learned and sharpened my craft. Now I’m back being home, positioned to assist those in very similar situations, mentor and guide artists in my city. The reference to “Knowbody” is a synonym to how nobody was there before and now we have “Knowbody Studio Collective” changing the narrative of how we support artists locally.

What’s Next For Sarafin?

Sarafin walks his path of artistry confidently. Setting himself up for success as he decides to dictate where he goes and how he carries himself. Being able to capitalize on that sort of mentality has personified itself into his latest song. Showing that the young artist has no signs of being beckoned by anyone and no plans of stopping due to any obstacle.

After completing the song in a short period of time, Sarafin and the FREE.99 Recordings group spontaneously headed to the lush sights of Banff, Alberta to shoot an impromptu music video. The visuals follow Sarafin through an adventure as he offers to help a hitchhiker and the pair end up on a quest that leads them to discovering the great Sasquatch.

Check out the music video below or stream “Kick Rocks” through all major platforms now.