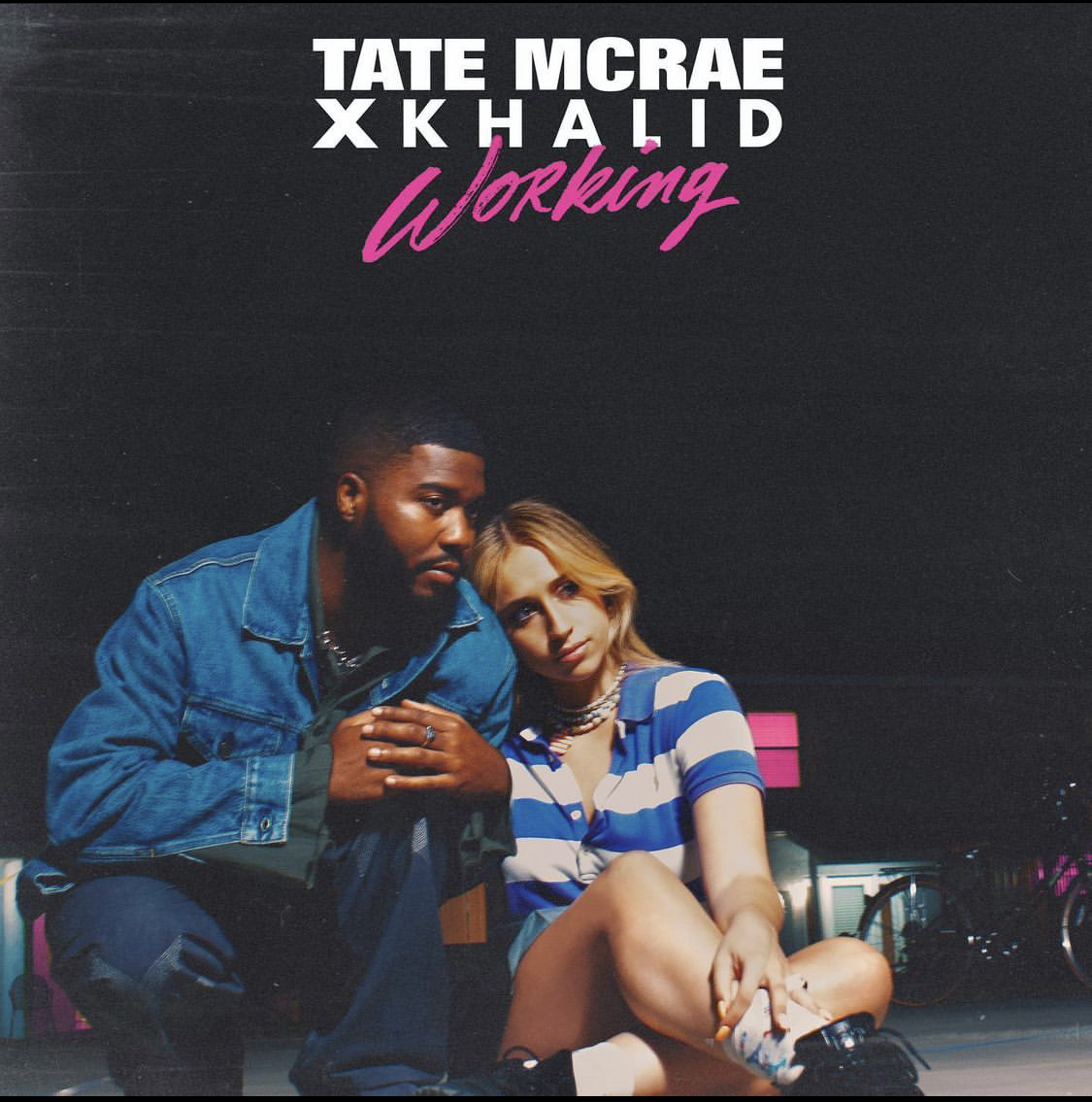 Calgarian singer-songwriter Tate McRae partnered with Khalid to collaborate on McRae’s new song “Working“. McRae’s new music infuses eclectic pop sounds while giving relatable lyrics. Lyrics like, “But I haven’t been serious/Since high school/And maybe I’m the one to blame/But in real life it’s not the same,” coupled with a cute and vibrant music video.

This 18-year-old Calgarian pop star has been reaching new feats since six. She trained at Alberta ballet 11 hours a day and has been honing her craft in the fine arts ever since. Next, she’d been a contestant on America’s Got Talent, where Paula Abdul called her a “gift from God.” Then, at the age of 14, she went viral for her song, “One Day“. A song that only took her 20 minutes to write yet racked up more than 36 million views on YouTube. And in 2019, she signed to RCA Records.

Billboard charting Khalid is among the increasing list of McRae’s star-studded collaborations. She’s been on songs with Black Bear, Troy Sivan and Canada’s own Ali Gatie. However, one of her most notable collaborations is with Billie Elish and her brother Finneas. The sibling duo had written the song “Tear Myself Apart“, and it was given to McRae as her debut song under the label. “I still don’t really know what happened, but they were like, ‘Here, it’s for you,’” McRae tells BBC.

“It was really exciting because I was a big, big fan of Billie – and then I got to meet her at one of her shows. She was amazing, just super-sweet.”

McRae recently turned 18. With a new stage of life entering the threshold, one can speculate that new aspects will enter her music along with it. This can be seen with the transformation of Chloe Bailey from Chloe and Halle. The 22-year-old continues to bring new levels of sultriness to her performances. She recently took people aback with her sexy Nina Simone tribute on Good Morning America. Ultimately, it’s up to McRae what route she wants to take in her artistry, but know that 10 at 10 will be there for the ride. McRae is also going on a UK and Ireland tour in 2022.