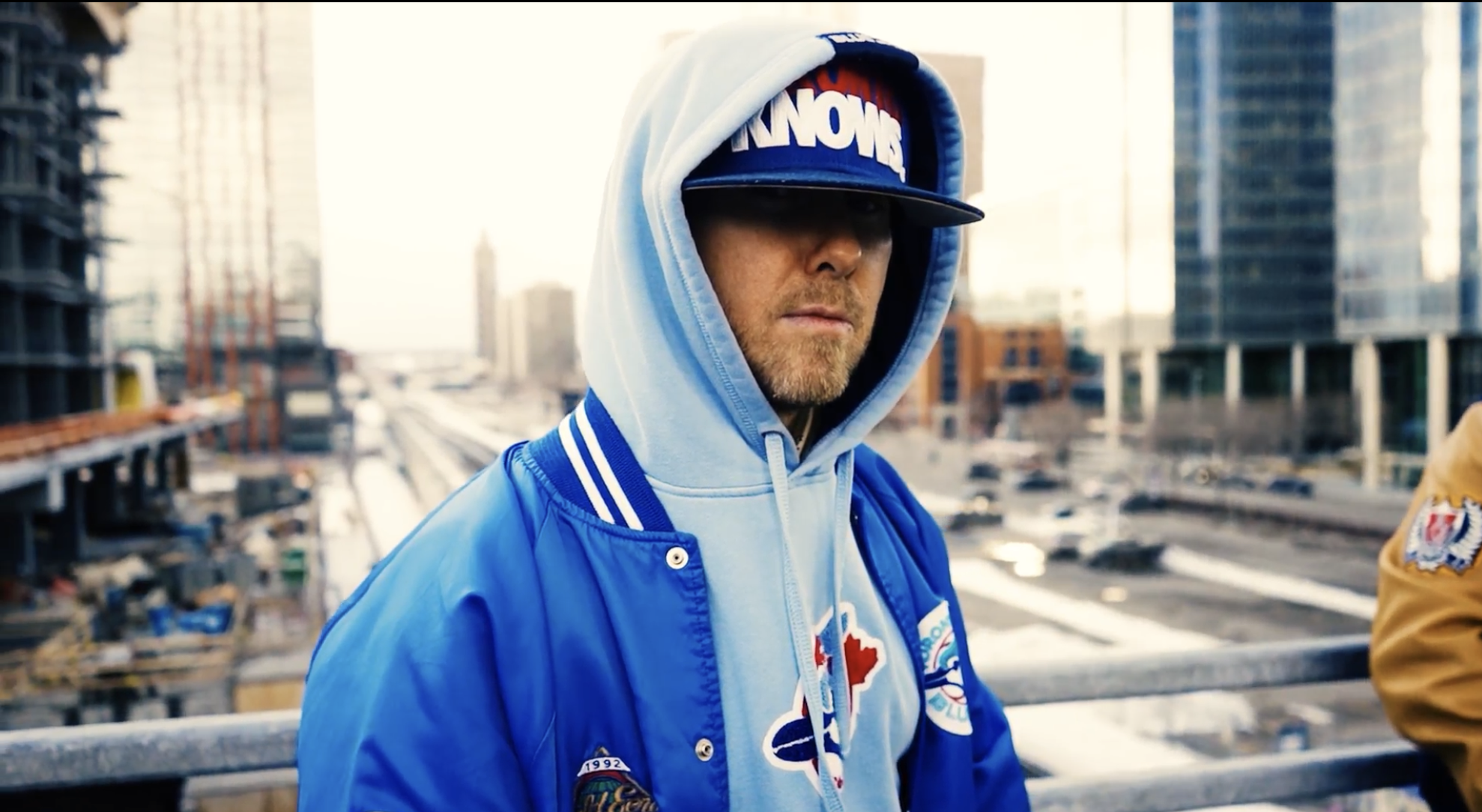 Get Familiar with “Staircase” by Rob Roy produced by Marco Polo

“Staircase” by rapper, Rob Roy is a certified boom-bap banger! Laying the foundation for the track is renowned Canadian producer Marco Polo. Wasting no time out the gate,  ICSoul sets the tone, followed by Rob himself. Lastly, HalfCut levels the bar even higher with his calibre of delivery and impeccable storytelling. The chorus completes the song with ill turntablism cuts by Shy the beat Yoda.

The music video to this single is directed by none other than budding Calgary videographer, Da Kid T of USOM Films.

“The inspiration was pulled from the beat itself,” says Roy of the song. “When Marco Polo sent me this beat it brought me back to being in staircases kicking rhymes, smoking blunts and carrying on.”

Rob, who grew up in Scarborough, Ontario, has been laying verses inspired by the influence of 90’s rap. Now, his versatility scales him as a connoisseur of battle rap around Calgary, and “Staircase” is a true showcase of that.

“The beat is incredible, and I want people to feel that real hip-hop is alive in Calgary,” says Roy. “I mean, that real boom-bap, hard-knock street shit the reminds you of back in the day.”

“Bringing on Halfcut and ICSoul was an easy decision for me because I have a high amount of respect for them as artists, as well as friends,” says Roy. “I knew that they wouldn’t disappoint on “Staircase” and I was right,” he continues.

Thereafter, producer, DJ and videographer Shy the beat Yoda was the final piece to the creation of “Staircase” in cutting and mixing the track. According to Roy, “He absolutely killed the cuts and his skills are concise, sharp and on point.”

“We savages on the mic,” he exclaims.  “[This record is] an exhibition of hard lyrics, structured flow patterns and an aggressive delivery.”

Validated by the legendary DJ Premier

“Staircase” hasn’t gone unnoticed, initially charting on the legendary DJ Premier’s radio show for three weeks in a row soon after its release. DJ Premier, who’s an American producer and DJ, is notably known as one of hip-hop’s greatest producers working alongside some of the biggest names including The Notorious B.I.G., J. Cole, Anderson .Paak, Kanye West and Snoop Dogg, amongst many others.

“I can’t even front. It was truly an emotional moment for me. I want people to understand the importance of this. Not only for myself, but for Halfcut, ICSoul and the city of Calgary. You see, we are all old heads and DJ Premier is the pinnacle if you’re a true hip-hop head. Make no bones about it, there are plenty of legendary producers from Dr. Dre, J Dilla, Diamond D, Pete Rock, sheesh, I could go on and on but Premier is arguably the best to do it and for me. It’s hard to explain the feeling, it honestly feels like I’m validated to the highest level and sometimes I have to remind myself that it actually happened,” says Roy.

“As far as the artistry and what it does to me? Just makes me more hungry. When it happened Marco hit me up and basically said “Now that you’re here, this is when the REAL work starts.” So, ya, time to get busy.”

Polo, who also produced the beat for Roy’s last single “No Gas“, inspired Roy’s latest freestyle “Don’t Touch that Phone” set to be featured on YouTube. This beat by Polo is his MP on the MP: The Beat Tape Vol. 1, which he granted the use of for the freestyle.

Until his next release, stream “Staircase” on all major platforms including Apple Music, Spotify and YouTube.