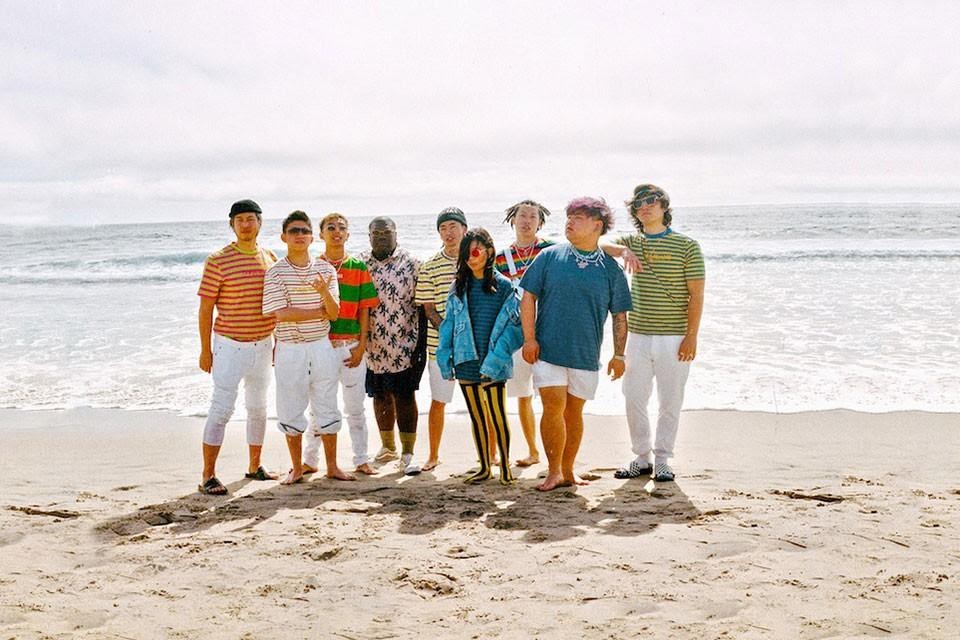 The Success of 88rising and the Internet

88rising is a music label that’s taken off in the last couple of years and with three of their artists set to perform at Coachella 2020, their momentum doesn’t seem to be stopping.

The music label started out as an entertainment brand that focused on producing various content on Asian culture. The media they produced for music, centred around combining hip-hop and Asian culture, blew up on the internet. Since then, their various moments of virality have shaped their brand and propelled them to success. The internet gave this unlikely group a platform.

(The 88rising team in their collaborative Head in the Clouds album photoshoot, via 88rising.)

One of their artists, Rich Brian, is one of the most prominent Asian rappers making it big in the States. But the unique thing about his story is that he grew up in Indonesia and taught himself  English and about American culture by watching videos on the internet. He then gained a small online presence and started to make friends overseas. One of which was Sean Miyashiro, the creator of 88rising. A few weeks later Brian came out with a rap track “Dat $tick” which went viral and garnered international attention. Brian then signed with 88rising and from there, matured his music and continues to break down barriers in the American music industry. Now he, along with two other label mates (Joji and NIKI), is set to perform in Coachella 2020.

“I was just a kid on my computer and I fell in love with this thing, hip-hop,” said rich Brian in Asia Rising documentary by Red Bull Music.

“I did it all with no citizenship to show the whole world you just got to imagine,” from Rich Brain’s song “Yellow” off the album The Sailor.

Rich Brian’s path to success is intimately linked to the global phenomenon that’s known as the internet. In addition, his story demonstrates the global spread of hip-hop through the internet that has since given birth to new waves of music. The type of music that hasn’t yet gained the credibility to consistently get radio plays or be put on Spotify playlists. However, Rich Brian’s story shows us that hardly matters anymore; with the internet, his music has nonetheless found success and he is able to tour and perform in 50 states without even having citizenship.

The Spread of Hip-Hop in Asia

For many hip-hop artists in Asia, a similar story is true. Hip-hop is effectively spreading through the internet for people to find and then try to reproduce. It starts with imitation then people make it their own. Those artists then have some ownership over the genre that they took part in transforming. It’s also through the internet that these artists can gain international attention. This story is repeated again and again with artists like Keith Ape and the Higher Brothers. These few moments of success prove that it doesn’t matter where you’re from, anybody can make it big anywhere.

“Every art form starts with some sort of emulation, it eventually transcends copying and turns into its own style,” Keith Ape, a South Korean rapper, in Asia Rising documentary by Red Bull Music.

Today, 88rising is hoping to create a lasting brand of Asian artists that outlives their various moments of virality and it seems like they’re well on their way to do so. However, learning about different cultures through the internet does come with certain drawbacks. Brian Imanuel’s stage name used to be Rich Chigga, a play on the n-word. This choice displays insensitivity towards the black experience in America. While it makes sense for someone in Indonesia to not fully understand the historical context in American culture, having an international audience makes it unacceptable to stay ignorant. Brian has since changed his stage name and apologized for his mistake but the situation still remains; the internet and commercial media do not accurately show different cultures and it often provides a warped view, leading some to question if rappers that hail from Asia truly have an appreciation for the art as opposed to mocking and appropriating black stereotypes.

Vision for the Future

For the most part, the movement that is 88rising has been well-received and they have gone on to collaborate with already prominent rappers in the American music industry, such as Wu-Tang clan’s Ghostface Killah, 21 Savage, XXXtentacion, and Ski Mask the Slump God. This helps to legitimize 88’s presence in the hip-hop world. Leading many to view them as the potential bridge between the East and the West, connecting global audiences together through the internet.

“Without using our physical bodies, we can communicate with others and interact.” Awich, a Japanese rapper, in Asia Rising documentary by Red Bull Music.