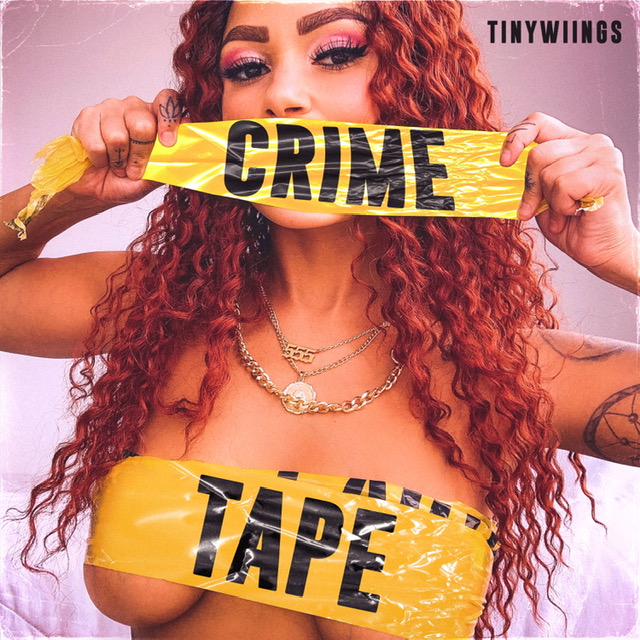 Though the idea of the song itself was conceptualized by the artist’s love for crime shows and sassy topics. Then produced by Vancouver producer Unkle Ricky, alongside Dane Zabo.

But with the video, she says she had to go big. 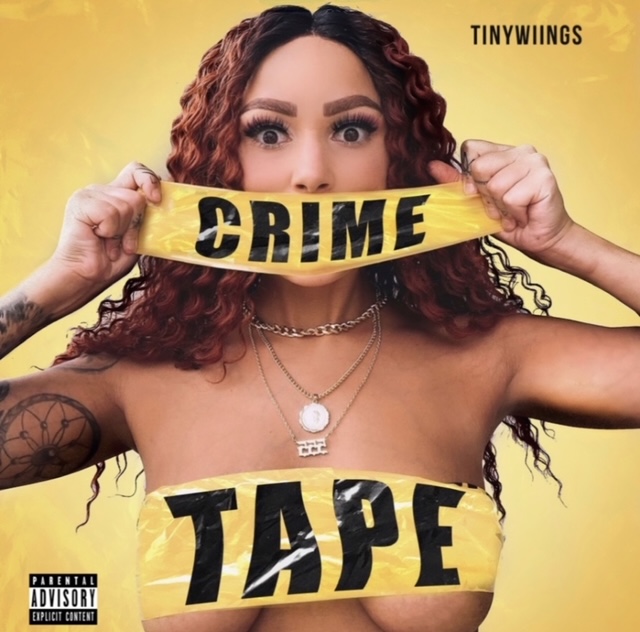 “I knew I needed to really push the boundaries with the video,” says Tinywiings.

“Do something that was going to make people go wtf,” she continues. “I wanted people to be shocked. Like, “Can you do that? What the hell is happening?” That was my vision.”

While the video is raw, real and explicit, Tinywiings says the idea was sparked by rapper Tyga’s 2012 “Make it Nasty” video, which can no longer be found on YouTube. Though after just one month of its release, “Crime Tape” has since reached over 17,000 views on YouTube.

Calling on all the Baddies

In preparation for the music video, Tinywiings cautioned the all-female cast sending them each Tyga’s music video saying, “This is pretty much what we’re doing. So if you’re not down with it, don’t come.”

Then later continued with a final warning, “Don’t do anything in the video that you wouldn’t want the world to see because I’m literally trying to pay to put it on Worldstar.”

Though with a $4000 fee, WorldStarHipHop deemed “Crime Tape” too sexual despite the nature of content found on the site — more scandalous than Tinywiing’s music video. 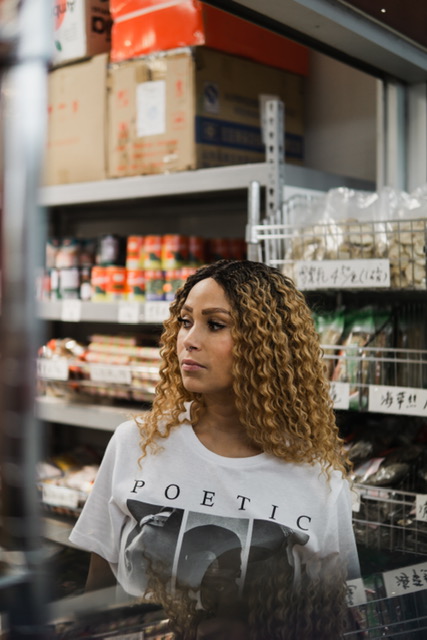 This incident speaks to the misogynic culture artists like Tinywiings are trying to break. Instead, she takes on a feministic stance in embracing a sex-positive outlook held freely for the male counterparts in their music videos or personas.

In “Crime Tape” she showcases a feminist masterpiece celebrating women’s sexuality. Also taking a stance in support of the LGBTQ+ community in conjunction with embracing her own sexuality.

For Tinywiings her message braces on equality, as well as female empowerment.

Tinywiings joins the ranks of Rihanna, Cardi B, Megan Thee Stallion, Rico Nasty and Coi Leray, all of which go against the double standard readily accepted by a misogynistic culture. Instead, owning their sexual power.

Tinywiings says, “Honestly, I think I would just tell people to not censor themselves, and not be a watered-down version of themselves. Do whatever you want because life is short, and who cares what other people think. You’ll be a lot happier in life. I know, I am now that I literally don’t care what anybody thinks of me.”

“You can say whatever you want to me, and I truly do not care, because I’m just going to be me regardless,” she continues.

“And easier said than done,” she laughs. “Obviously it’s taken me a long time to get to this point, and I’m super happy that I am where I am now.”

Listen to “Crime Tape” on all major streaming platforms now, and watch the video below.