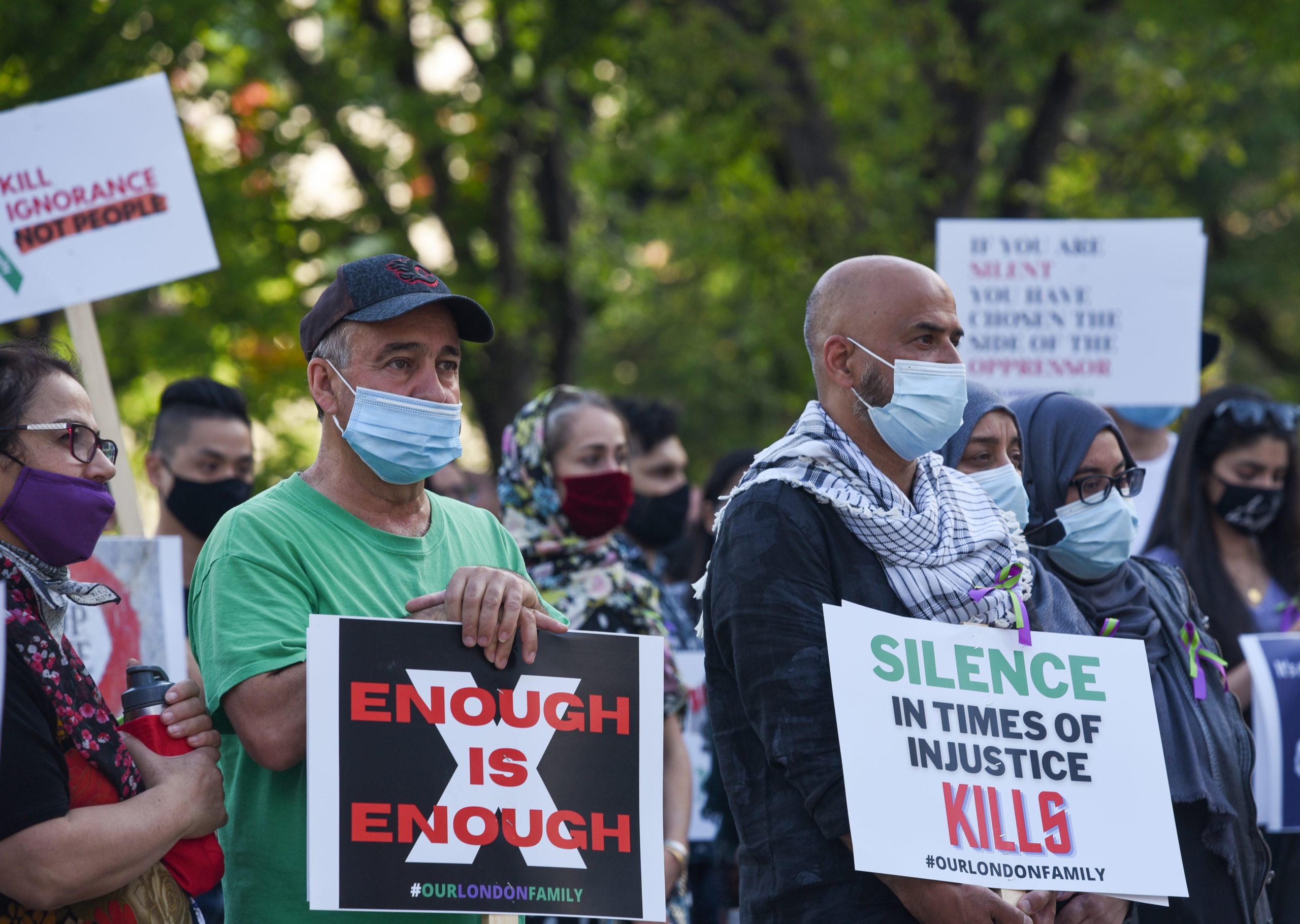 Demonstrators take a stand against Islamophobia outside city hall in Calgary on Friday, June 18, 2021. (Omar Sherif/10at10)

Calgary’s Muslim community is sending a clear message to all levels of government.

During a rally held at Olympic Plaza on Friday, June 18, hundreds of people came together to take a stand against recent acts of violence against Muslims in Canada.

The protest was triggered by a terrorist attack in London, Ont. on June 6, but many have said this was just the tip of the iceberg.

Speaking to a crowd of people that included politicians from all levels of government, Ibrahim Jadalown with the Muslim Association of Canada (MAC) said he hopes to see acts of racial violence punished criminally.

Prior to the London attack, there had been several other attacks against Muslims across Canada, and they haven’t stopped. Over the last few days, a woman wearing a hijab on the ctrain in Calgary was harassed. A mosque in Toronto was broken into, and one in Edmonton was tagged with a Swastika.

“In the last few years, we’ve been really concerned about the rise of white supremacy groups,” said Jadalown.

“Six people died while praying peacefully in a mosque in Quebec.”

In that same province, a legislative bill exists that does not allow visible religious symbols, including the hijab, to be worn while working. This essentially forces people to make a choice between their occupation and their religion.

In a country that so many immigrants have called home for years, the need to make such a choice is irrational.

All we have is love.

Mahmoud Mourra has lived in Calgary for more than 20 years. He’s noticed a significant change in attitudes during that time.

“I never witnessed, for the many years I’ve been here, the amount of hate, I saw in the past few years,” said Mourra.

“We just want our kids to feel safe and secure, we don’t want to look over both of our shoulders every time we walk.”

Despite the recent violence, Mourra remains hopeful. Calling for peace, love, and equal treatment of all citizens, he believes we can all overcome the division and hate.

“All we have is love,” said Mourra. “We’re going to trade hate with love, inshallah, and with the grace of Allah, we will defeat hate.”