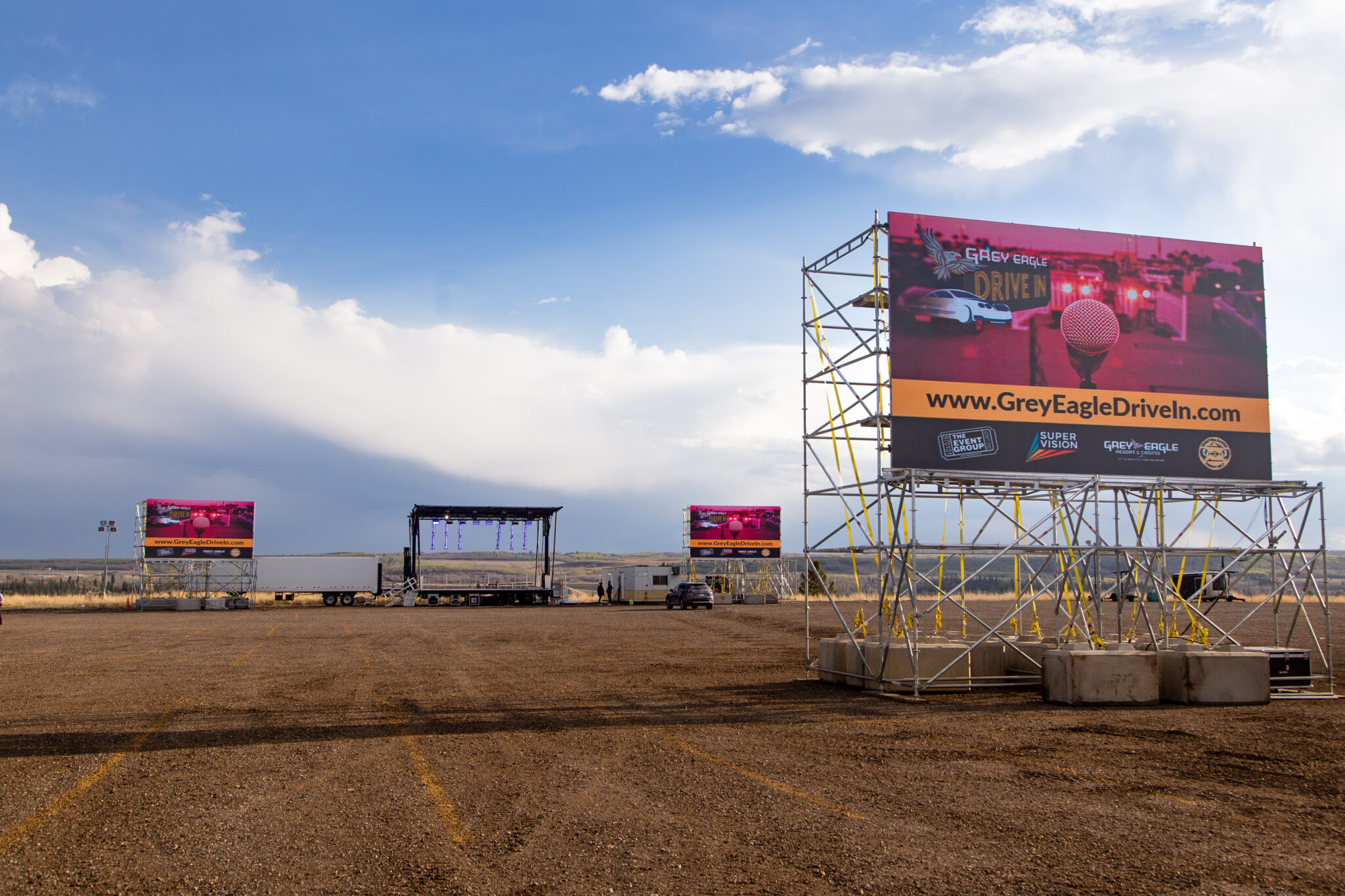 On May 9th, 2021, the United Conservative Party cancelled Drive-in movie theatres due to their new covid restrictions. The week before, CTV News had reported that Alberta leads per capita in covid cases among Canada and the U.S. There’s been an average of “440.5 daily cases per million people” in the last week, “more than any other province or territory in Canada as well as every U.S. state” (CTVNews.com). Foothills hospital also went through its first outbreak of the Delta variant around this time. Sixteen staff and patients were tested positive for the Delta variant. Among this group were people that had the required dosage of the vaccine.

One can assume all this, among other factors, made the UCP ban drive-in movie venues. The Grey Eagle Drive-In, in particular, located at the Grey Eagle Casino on Tsuut’ina First Nation land, had to abruptly close their theatre due to the news not reaching them. But the Tsuut’ina Nation chief and council granted the Grey Eagle Drive-In permission to continue. One might think that since it’s their land, they have jurisdiction. Mount Royal University criminologist Ritesh Narayan tells Global News, “…we have case laws that state that the provincial government has jurisdiction over things like this.”

Canada has failed to reconcile with Indigenous people for centuries, so Canadian governments should carefully handle these political disagreements. Narayan has similar sentiments. “Finding the balance is very important because if you don’t, more people will feel that their rights are being infringed and you will have more angry people, and you will have more people not obeying guidelines,” (Global News).

On May 17th, Dr. Deena Hinshaw, the chief public health official of Alberta, allowed drive-in theatres to open due to their feedback. One can hope that the UCP took the political disagreement of the Tsuut’ina First Nation into consideration. The federal, provincial and municipal governments will have to be more careful when deciding on covid restrictions regarding BIPOC communities. Mainly since we operate on Indigenous land and have many Indigenous Self Governments in Canada. Since “diversity is our strength,” diverse communities should have a say in covid restrictions.