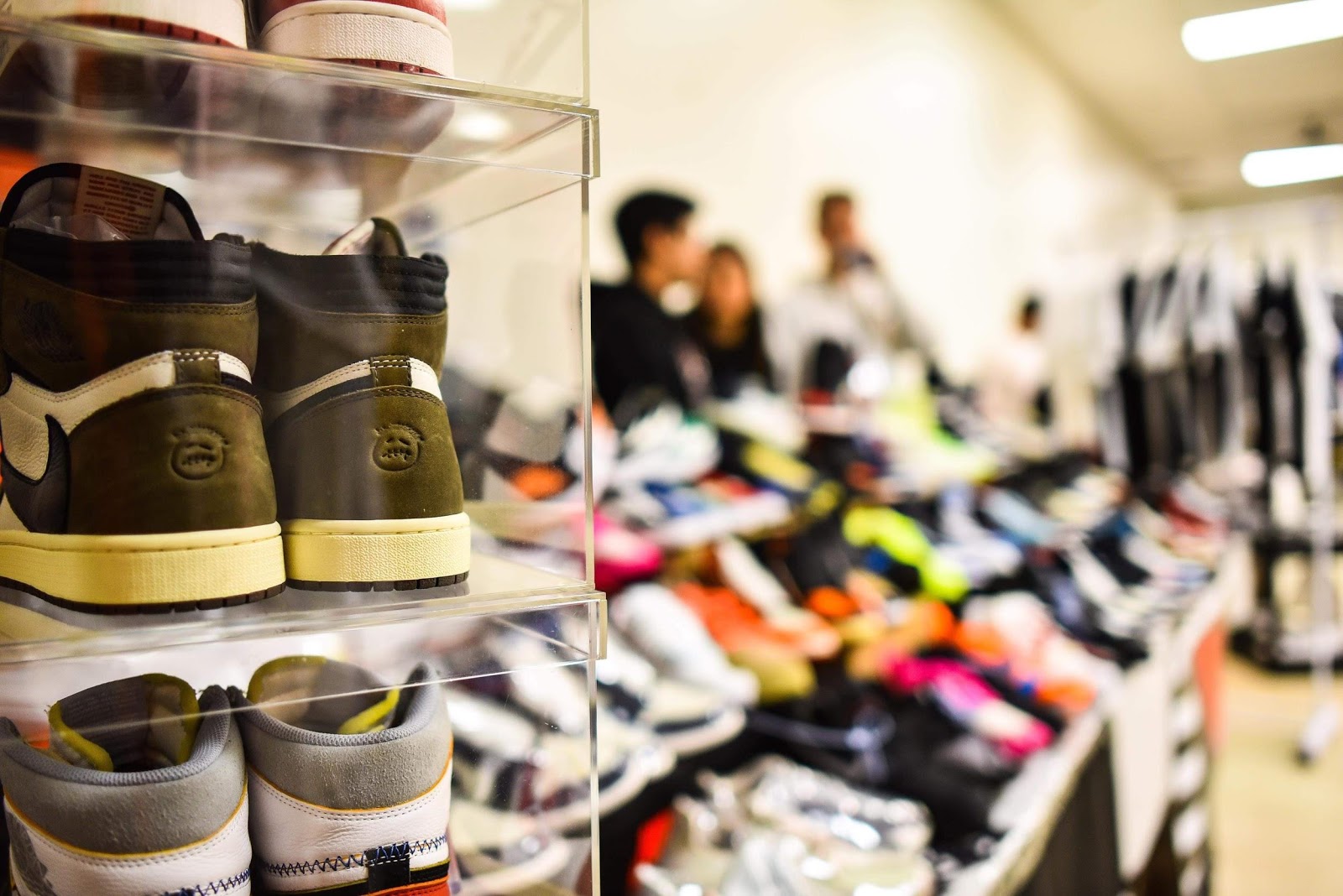 How Hip Hop Has Influenced the Sneaker Culture Today

(Growing popularity in sneaker trading venues has helped increase the price of some of the rarest shoes on the market. Tre Felesky)

Hip Hop’s influence on culture takes on different forms. For many artists, fashion has been widely regarded as a definition of character, swag, success, and creativity.  How you deck yourself in Hip Hop matters, especially your sneakers.

Athletes have been linking up with sneaker companies for years, including the notoriously successful Nike and Michael Jordan collaboration that began in the 1980s. Leading the Air Jordan to be the shoe that saved Nike after a collection of flops. Even more, Nike’s choice to link with Michael Jordan created a sneaker revolution in urban communities and effectively shaped generations of shoe designs in the years to follow. Youth and fans alike still religiously strut their unscuffed J’s today.

The sneaker industry quickly realized the potential of collaboration, reaching out to Hip Hop artists to build brand relationships.  One of the first sneaker and Hip Hop collaborations began in 1986. The relationship formed between the 2016 Grammy Lifetime Achievement Award recipient, Run D.M.C. and Adidas.  Arguably, their collaboration, “My Adidas,” not only changed the path of Adidas but the sneaker world forever.

Today, one of the most important contributors to Hip Hop culture owns 100% of the company that he started with Adidas.

These are the artists continuing to make major contributions to the sneaker culture today:

There is no denying Kanye West’s contribution to sneaker culture. In fact, his shoes have gained astounding recognition. Including his 2015 award for “Shoe of The Year” at the Footwear News Achievement Awards in New York. All contributing to his appearance on the TIME 100 Most Influential People list.  Currently, the rapper and business mogul is in an ongoing race with shoe giant, Nike, to officially become the biggest shoe brand in the world.

On Kanye West’s track “Facts” off his 2016 The Life of Pablo album, he foreshadows the future of his Yeezy company. He does so with the lyrics, “Yeezy Yeezy just jumped over Jumpman.” An indication that his own Yeezy line would someday take over popular shoe brand Jordan. He was right. In the fall of 2017, the top Senior Industry Advisor for an American market research company and Yeezy critic, Matt Powell, tweeted that Adidas had officially passed the Jordan brand in sports footwear sales.

Today, Kanye West is growing his empire into a $1.5 billion dollar company and owns 100% of it. His collaboration with Adidas in February of 2015, still continues to have sneaker enthusiasts anxious about what new colorway he could release.

In the same year that Adidas was outranking the sales of Nike in North America, Pharrell Williams was rising as another major Hip Hop artist to influence Adidas’ growth on the other side of the world.

The Adidas and Human Race collaboration not only highlights Pharell Williams’ success with the major shoe brand in China but marks him as one of the most influential shoe designers of this generation.

His Human Race Holi NMD Mc “Happy” shoe was only exclusive in China for an estimated resell value of $4,445—that’s if you get lucky enough to get one of the 300 pairs available.

The much-anticipated collaboration with Japanese designer and A Bathing Ape founder, Nigo, has been released with 23 unisex colorways. In an interview with Adidas, both designers explain the heart-shaped symbol on the top of the shoe. Explaining the symbol’s relationship to their journeys to defeat the boundaries of conflict and to embrace human connection with their new Human Race and Human-Made collaboration.

(Several of Travis Scott’s collaboration with Nike and Jordan. Including his own cereal. Tre Felesky)

Travis Scott had numerous collaborations with Nike before the Travis Scott and Nike Air Force 1 “AF100” grew in popularity in 2017. The remastering of the iconic Air Force 1 with a removal Nike swoosh, made it one of the biggest sneaker drops of the year.

Major shoe market website StockX estimates the resell value is between $600 to $6,656.

His ongoing collaboration with the Jordan brand and his own musical success is making Travis Scott’s shoes one of the most sought after shoes in the last few years.

His latest drop, “The Cactus Jack Jordan 1s,” released on the night of the 2019 Grammys, was voted the number 1 Shoe of The Year by Complex.

Kendrick Lamar already engraved his cultural and musical mark on this generation. His musical talent and his articulate storytelling abilities landed him the 2018 Pulitzer Prize Award in Music, for his fourth studio album DAMN. What makes the achievement more valuable is that it was the first time the award has been won by a Hip Hop artist.

While the influence of his style is not widely adopted around the world, like his music,  his collaboration on the Nike Cortez pays homage to his roots of Compton, California.

“The Nike Cortez” brought the Compton style into the forefront of the sneaker market today, and resells at an average value of $584US – going as high up as $929US on StockX.

In the realization of Hip Hop artists’ influence on the current sneaker culture, major shoe brands are now seeking advice from some of the genre’s biggest artists. A$AP Rocky became the first celebrity artist to collaborate with Under Armour in the fall of 2018. Furthermore, Tyler the Creator, Virgil Abloh, Drake, and several others also make significant contributions in the sneaker culture today. In doing so, it opens opportunities for younger artists to show off their personal style in order to influence the culture and build their own brands.

Dunne,B. (September 18, 2017)  Adidas Overtakes Jordan As No. 2 Sneaker Brand in America. Retrieved from

on top. Retrieved from https://www.espn.com/nba/story/_/id/20749451/adidas-passes-jordan-brand-2nd-most-popular-sneaker-nike-top

Images are Original content from Meko Cridland and Tre Felesky of Calgary, Alberta.