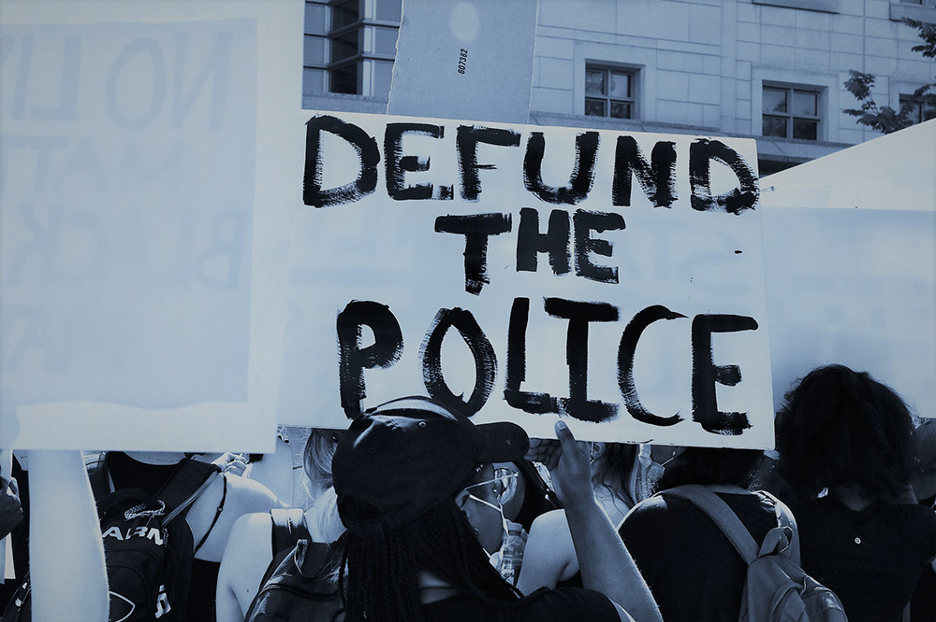 Why we should all support Defunding the Police.

What does it mean to defune the police?

Defund the police, is a phrase we have been hearing a lot of in recent weeks. It is evident that the term is causing conflict and confusion. A portion of the Canadian population agrees that Police Officers have been given too much power, too many resources and are asked to do too many tasks for which they aren’t adequately trained. However, there is another portion of the population who seems to have gotten lost in translation. A portion who sees that there is a clear pattern of police brutality and a rise in the mistrust between law enforcement and citizens but remains hesitant on declaring a clear stance on whether they support this call to action.

A significant number of citizens understand Defund the Police to be a call to anarchy, which couldn’t be further from the truth. According to Killan (2020), “defunding of police could and should mean shifting funding to public servants, from mental health and addiction professionals to outreach support workers, who are better suited to take on some work that falls to police today given they are often the first to encounter people driven off the rails by hardships or delusions.” Recent interactions between Canadian Police Officers and citizens add weight to this claim.

Last month was a volatile month for police relations with the public in Canada. With videos surfacing of RCMP Const. Lacy Browning stepping on the back of Mona Wang’s head, a University of B.C student, after being called by her boyfriend to do a wellness check.

Furthermore, Toronto Police killed a 62-year-old Ejaz Choudry, while on another wellness check. In the same situation, Regis Korchinski and Chantel Moore were also both killed at the hands of Canadian Police Officers.

Even more, the viral video of a brutal March 2nd assault on Athabasca Chipewyan First Nations Chief Allan Adam at the hands of RCMP officers did not slow anything down. Adam, “a born leader,” according to his constituents, was pulled over for an expired registration plate.

Often, the word “defund” puts people on edge. However, the term is interchangeable with “reallocation.”

People do not want to live in a lawless society; rather they are advocating for one with justice. One where everyone is held accountable for their actions, badge or no badge. Defund the police does not mean to throw away police as an entity. It is simply a push for reallocating funds to other government agencies to handle issues that police are not trained for. Here are a few key reasons why we should get behind this call for change.

4 reasons why we should support “reallocating” funds from the police.

Increase number of deaths due to police brutality.

According to K. Nicholson & J. Marcoux (2018), “More than 460 people have died in encounters with police across Canada since the year 2000, and a substantial majority suffered from mental health problems or symptoms of drug abuse, a CBC News investigation has found.” Although our government does not – I do not know why – keep a track record of police-involved fatalities, according to the article, “70 percent of the people who died struggled with mental health issues or substance abuse or both.” According to Statistics Canada, in 2017-18 alone we spent $15 billion on Policing. Police are one of the first responders to mental health calls, including wellness checks.

According to a 2019 Department of Justice report in Canada, “data show that young adults aged 18 to 24 have the highest rates of criminal offending compared with other age groups.” However, according to M. Draaisma & D. Brown (Dec, 2018), in 2018 alone Ontario cut $25 million in funding allocated for programs targeted for at-risk youth. Leading to what was known in Toronto as “the summer of the gun.”

Police are not doing as well of a job as we may think. According to the same 2019 Department of Justice report in Canada, “In 2017, the weighted clearance rate was 39%.” There is no facet of life where a 39% completion rate is satisfactory, yet we continue to allocate a significant amount of funding towards lagging departments.

According to Nash (2020) How Police Unions Present Barriers to Change in Canada, it highlights how, “police interests include expanding police budgets, maintaining their militarization, and defending their jobs — even when they have unduly harmed or even killed members of the public while doing those jobs.” Also, according to Nash (2020), “in 2000, the Toronto Police Association (TPA) launched a highly criticized fundraising campaign (Operation True Blue) in order to raise money in part for the purpose of targeting political opponents.” The TPA president, Craig Bromell, has incited fear in City Councillors and it was reported that Brommell “had hired private investigators to investigate politicians who were critical of the police.” CBC reports claim that Bromell has denied these claims. However, Bromell, according to reports “endorsed a list of conservative candidates that were publicly opposed to civilian oversight of the police” despite prohibiting laws.

It is evident that we are on the cusp of change. We, as Canadians, need to try something else. Our current state of policing is not working and has not been for a long time. In basketball, a 39% clearance rate will win you a championship, ask the Raptors. However, in real life, we would most definitely be sent to REFORM SCHOOL.