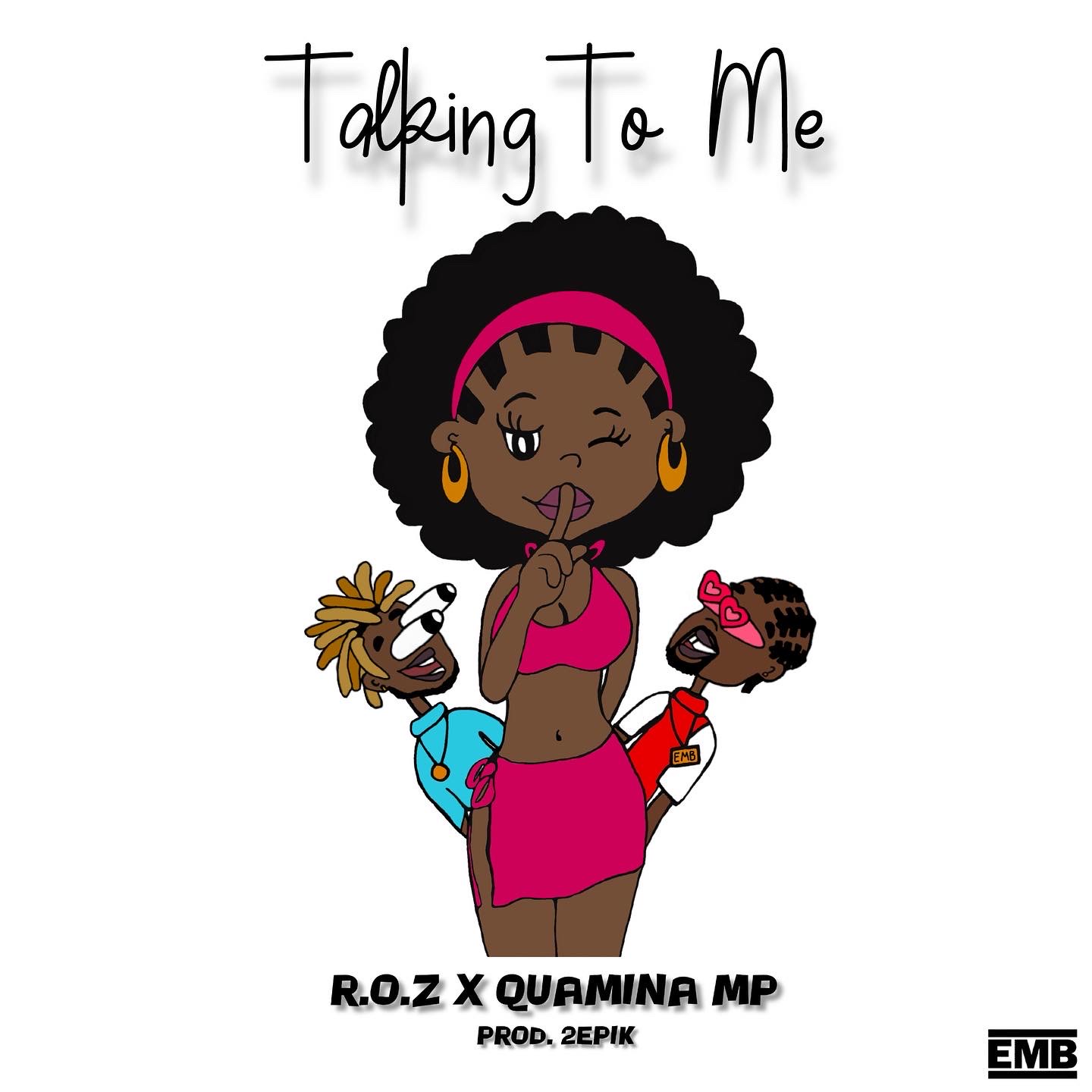 Toronto-based Afro pop artist R.O.Z is back with a summer anthem. And with him is Ghanaian musician and record producer Quamina MP as they debut their new single.

“Talking To Me” is an energy builder. Engaging fans with seducing melodies, and smooth vocals, all whilst creating a joyous atmosphere that urges fans to head straight to the dance floor. With influences stemming from R&B, hip-hop, dancehall and Afro beats, R.O.Z ultimately crafts a fresh new single that is sure to resonate with new and old fans alike.

Since his emergence onto the vibrant Toronto music scene over a decade ago, R.O.Z has shared the stage with some of hip-hop’s biggest performers. This growing list of acts include: Nas, J. Cole, French Montana, Big Sean, Fabolous, Pusha T, PARTYNEXTDOOR and travelled the world on tour with Afro beats superstar Davido. And after obtaining a partnership deal with Sony Music Africa through his own label EMB, which you can read about here, the artist teams up with Quamina MP to deliver his first collaborative single between the two corporations.

What influenced you to create this track? Were there any obstacles in the process?

As soon as I heard the song, I knew it was a vibe for the summer, so that’s how I tailored my verse. We made this song in early 2020, so we actually had plans to release it a lot earlier, but with the pandemic going on we had to hold off. The moment borders opened in 2021 we flew to Ghana to shoot the video. And then we waited out the pandemic before releasing. So mainly, the obstacle was timing, but thankfully it’s finally out now!

How did the collaboration occur?

It was organic. My brother Yaata and EMB producer duo, 2Epik were already working with Quamina, so the collaboration naturally happened through time. And it just so happened that Talking To Me had also been produced by 2Epik as well.

Do you have plans for EMB? Where would you like to see your label in five years?

We’ve got more music on the way, and more artists EMB has to offer. So I can’t wait for people to see what we got going on in the near future! And with that being said, I hope to see the label expand from just Africa to not just North America but worldwide. And also getting the fulfillment of helping artists see through their potential and making a career out of it.

What’s Next For EMB?

With his first official label partnership single leading the way, R.O.Z aims to explore how far his music outreaches. Showcasing addictive hooks and crowd pleasing tunes to bring people together from all over the world. And with the “Talking To Me” music video already gaining over 79,000 views on YouTube since it’s July 19th release, it appears the future looks incredibly bright for the Toronto born artist.

If you haven’t already, check out the “Talking To Me” music video, or listen to the song on all major music streaming platforms now.